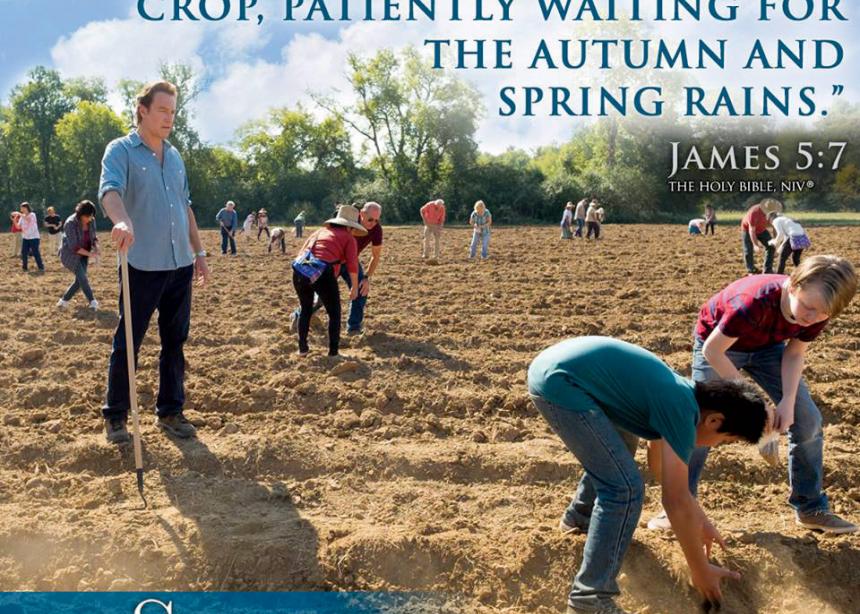 Episcopalian priest Michael Spurlock has a problem. His diocese has ordered him to oversee the closing of the dying All Saints Church in Tennessee, but then a group of Karen refugees from Southeast Asia start attending. Michael senses God’s call and sees an opportunity for both the congregation and the immigrants to prosper through farming a small plot of land adjoining the church. The crops grown can both feed the congregants and be sold to pay the bills.

Of course, nothing goes smoothly. Weather problems, money problems and resistance from the church hierarchy, not to mention a particularly cantankerous parishioner, throw challenges in Michael’s path, threatening the whole project. Did he really hear God’s call or was he only following his own stubborn ego in thinking he could make a difference? In the end, despite what he considers failure, Michael learns that bringing faith and hope to his community is his true mission.

Inspired by a true story, this is the plot of All Saints, the latest offering in a recent spate of so-called “Christian” films to be released in national theatres. John Corbett (Northern Exposure, My Big Fat Greek Wedding) stars as Michael Spurlock, and, adding authenticity to the film, the Karen refugees of Smyrna, Tenn., play themselves. The movie was filmed on location at the real All Saints Church there.

One problem with “faith-based” films—a label which many in the industry say is not helpful—is that they can come across as preachy, predictable and unrealistic. Also, frankly, sometimes the writing and acting are sub-par. All Saints is better than some other recent offerings in this regard.

Christian movies also tend to appeal to believers while turning off those who don’t believe. The viewer might do well to ask why he or she is choosing to see such a film. Is it to feel good about one’s faith? Is it to get away from the cursing, sex and violence of more mainstream movies? Do we believe such films can have an influence on society, even in a small way?

In a refreshing change from the sometimes-trite conversion formulas of the Christian film genre, All Saints does not present an “accept Jesus as your Saviour” message, as the Karen people are already Christians. Rather, the message is “live out your faith to the best of your ability,” which many Mennonites will find appealing. Non-Christians may be unclear on the message of this movie. Therefore, those Christians hoping for a conversation with non-believers should be ready to engage them about their faith and how they deal with life’s disappointments.

All Saints asks good questions about following God’s will, hearing God’s voice and discerning how God’s presence is revealed in everyday life. At one point in the movie Spurlock says, “Let’s keep [the Karen] in our prayers and ask for God’s help,” to which his young son replies, “Aren’t you God’s help?”

This film will appeal especially to those who have welcomed immigrants and refugees into their communities and who appreciate the contributions those newcomers offer. Those who have problems in general with faith-based films probably won’t mind passing on this. If, on the other hand, you like to be inspired in your entertainment experience and want to encourage the continued production of similar movies, go ahead and enjoy All Saints. 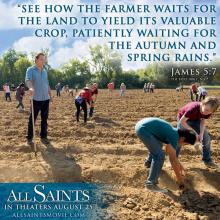