Remembering the passage of time

How reunions changed over time for one family 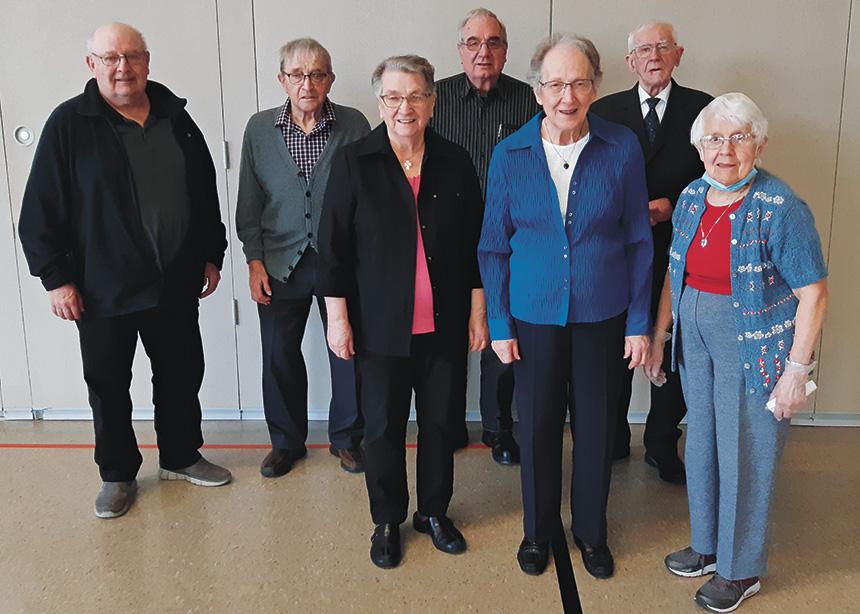 Of the remaining 11 Erb cousins, seven were still able to attend the final reunion 90 years after it started. (Photo by Melody Steinman)

John L. Erb and Barbara Oesch were Amish Mennonites who farmed in Wellesley Township in southwestern Ontario in the late 1800s. They attended Maple View Mennonite Church. Together they raised eight children and had 29 grandchildren.

These grandchildren grew up with the love and support not only of their parents and siblings, but also their seven Erb aunts and uncles and their families. They spent a lot of time together.

As the extended family expanded, the first Erb reunion was held in 1932.

Over the years, money was collected to rent a facility. Depending on the year, meals were potlucks or barbecues. A committee was established to determine the plans for the next reunion, which was traditionally held at the beginning of June.

During the years, attendance records were kept, as well as updates on marriages, births and deaths. Around 125 relatives came at the reunion’s peak in 2002.

Prizes were often given to the individuals who guessed the weight of watermelons and the number of jelly beans in jars. Sometimes, other prizes were given to those who came the furthest distance. One year, a toothbrush and tube of toothpaste were given to the person who had last been to the dentist.

These grandchildren are now in their 70s, 80s and 90s, making it more difficult for the first cousins to meet. Many of these cousins have died. Only eleven are still living.

Interest in the following generations about getting together is declining. Even though in recent gatherings, the group talked together about what to do in terms of meeting again, no decisions were made. Time continued to pass without a resolution about the reunion when COVID-19 hit.

Since then, one of the cousins suggested having one more formal Erb reunion before more of the family pass away. The individual cousins were contacted to determine their interest in such a function. With encouragement from everyone, plans were made to proceed.

Although not everyone could attend, the time came for the final reunion. It occurred at Steinmann Mennonite Church in Baden, Ont., with 15 people in attendance on April 7, 2022. A microphone was passed around to provide updates on where people are currently living and to allow each person time to share memories from the past.

There was also time for eating and informal visiting. Instead of a potluck, a big pot of potato soup was served with crackers, cheese and sandwiches. Pumpkin pie and cheese were served for dessert, as well as tea and coffee. It was a delicious time of food and fellowship.

This gathering was a landmark event in the John L. Erb and Barbara Oesch family. What was once a closely knit family had now assimilated into the general society, and how they related to each other had changed.

The day was a time to acknowledge and bring closure to an era and a way of being together. The day was a time to recognize the role of the Erb family over the years, a time for the remaining first cousins and their spouses to reconnect once again, a time to share their memories of the reunions when they were children and then later as adults. It was a time of gratitude to God, who was, and continues to be, faithful in their lives.

“For everything there is a season, and a time for every matter under heaven” (Ecclesiastes 3:1). 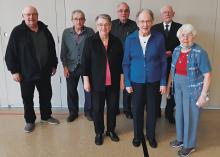 Of the remaining 11 Erb cousins, seven were still able to attend the final reunion 90 years after it started. (Photo by Melody Steinman) 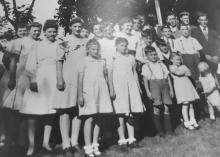