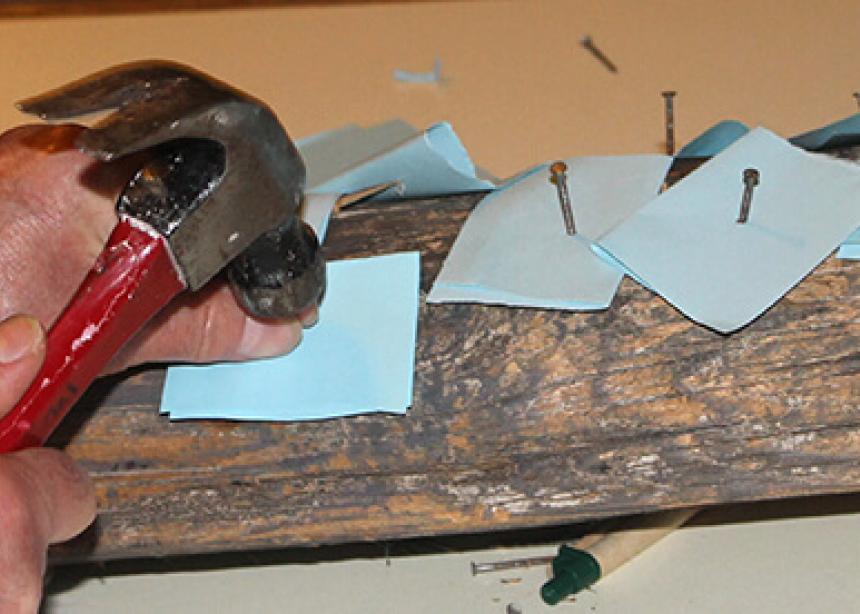 It’s a Holy Week tradition by now in Abbotsford. On Maundy Thursday and Good Friday, a local bookstore/coffee shop is packed with an audience enthusiastic to hear blues music telling of Jesus’ journey to the cross. And it’s all for a good cause.

The Good Friday Blues Band, which forms each year only for this event, doesn’t earn a penny in profits for its members. Instead, all proceeds from ticket sales and contributions go to the Cyrus Centre, a shelter for homeless and at-risk youth in the Fraser Valley.

The band, comprising mostly Mennonite musicians, considers its annual musical offering as a service, rather than a concert. This year’s theme was “Tell the story,” with narrators relating the biblical crucifixion and resurrection stories between the musical numbers.

In 2012, mother-and-son musicians Angelika and Aaron Dawson were inspired by Randy Stonehill’s “Didn’t It Rain” and thought it would be a perfect song for Good Friday. Blues fans themselves, they considered how they could share this and similar songs with a wider audience. Once they handpicked their “dream team” of talented musicians, they approached Lando Klassen, owner of House of James Christian bookstore, about using his facility to host the event. He readily agreed.

That first year, the free event was only on Good Friday and proved so popular that dozens of people had to be turned away at the door because of limited space. The next year, the group decided to do the service two nights and sell $5 tickets to control the audience size each night. They selected Cyrus Centre as recipient of the proceeds.

Audience members have also been generous each year with additional donations to the charity. This year, three couples agreed to match funding up to $3,000, and by the end of the two services, held on March 24 and 25, $6,520 had been raised. The five annual blues services have raised $15,000 for this cause.

Many who attend consider the Good Friday Blues experience a not-to-be-missed tradition. Another tradition is for those present to write their “blues” anonymously and nail them to a cross, where the audience and band pray for them.

Band members give of their time purely for the joy of performing and serving. Each member has to commit to the two-month rehearsal process, including learning the music at home, by ear. They do a mix of old favourites along with new material, including some original arrangements.

“For me, it’s a tonne of work and this year I felt that work more than other years,” said Angelika, “but being on stage with my favourite musicians, and especially with Aaron, that is just icing on the cake for an event that already seems to be meeting a felt need and that does such good for a worthy organization.” 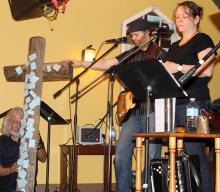