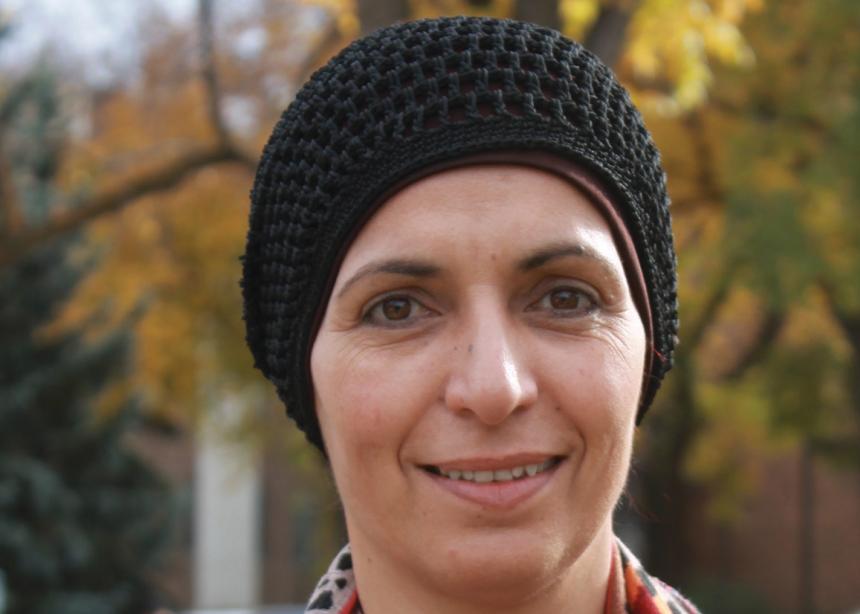 As a teenager, Ghada Ageel had heated debates with her grandmother at their home in the Khan Younis refugee camp in South Gaza.

“I asked my grandmother many questions: Why didn’t you stay in Beit Daras and die there? Why do I have to be a refugee and live this misery?” Her grandmother was forced to flee in 1948, when Israel occupied and destroyed her village.

In 2003, Ageel found herself in the same situation, as Israeli bombs and tanks attacked the camp. The visiting professor in the Department of Political Science at the University of Alberta writes in her book Apartheid in Palestine: “That night, 55 years after the destruction of Beit Daras, and the military occupation of what remains of historic Palestine, I, the third generation of Palestinian refugees, found myself carrying my son, fleeing to nowhere, and leaving the place that I regarded as home. That night, I repeated the same scenario that occurred in 1948, when my grandmother carried my dad Abdelaziz and my uncle Jawad . . . .”

With a child in her arms, Ageel understood why her grandmother chose to live. Where there is life, there is at least the possibility of hope.

Ageel was in the audience at Lendrum Mennonite Brethren Church in Edmonton on Sept. 28, 2017, to hear a presentation by Alex Awad. Born in Jerusalem in 1946, he is a Palestinian Christian, who, along with family, has lived through the occupation and continuing troubles in Israel/Palestine. For 26 years, Awad was a professor at Bethlehem Bible College, served as a missionary and pastor in Palestine, and has authored books about the conflict in the Middle East from a Palestinian peace perspective.

He was brought to Alberta by Mennonite Central Committee (MCC) Alberta for a series of presentations to tell the stories of Palestine and to speak for peace across the province.

With his prodigious knowledge of Scripture, he spoke clearly about the history and current situation of Israel and Palestine, dispelling what he called common myths. He articulated reasons for the engagement of North Americans in the pursuit of peace between Israel and Palestine. “What happens on the streets of Jerusalem echoes around the world,” he said. “If someone gets killed [there], you hear about it. On the positive side, if peace could happen, that too could echo around the world. [We must] embrace every party. God loves them all. The only thing God does not love is oppression.”

One example of oppression, he said, is the situation in Gaza, where more than 1.8 million people, the majority of them women and children, effectively live in squalor in what has been called the world’s largest open-air prison, surrounded by walls and guns, unable to travel or transport goods beyond the barriers. He encouraged those in attendance to search a variety of sources, including resolutions passed by the United Nations regarding Palestine and Israel, to read newspapers such as Haaretz and the Al-Monitor, to pay attention to what their church mission representatives say, and to seek out personal stories from those who have lived the struggle.

During the talkback session after his presentation at Lendrum, Ageel stood. “Thank you for mentioning the forgotten people in Gaza,” she said. Fighting back tears, she told the gathering that her mother was still in Gaza, living with cancer, with no access to proper treatment. It is exceedingly difficult for Ageel to visit her, or even to contact friends and family in Gaza. There is rarely phone or Internet connection, as electricity is available only for very short periods each day. Water is also in very short supply.

She told Canadian Mennonite afterwards: “Alex Awad’s talk is so important. People need to do their bit, to break the silence, and open a small window or hole into the lives of the forgotten people.” 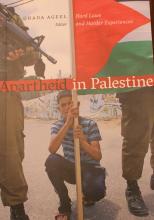