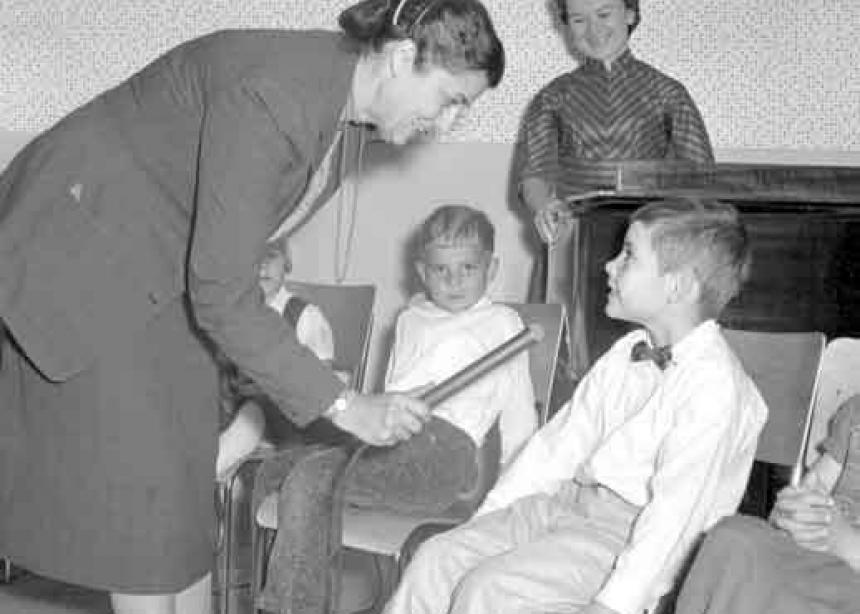 Radio host Esther Horch interviews school children live on a Saturday morning broadcast of Children’s Party in 1958. This education and entertainment show for children aired daily on CFAM from Altona, Man. Founded in 1956 by Mennonite shareholders, CFAM could reach 90 percent of Manitoba’s population. The station broadcast a mix of news, commentary, meditations, farm reports, music—except “the abominations of rock n’ roll”—and shows for women. In addition to children’s programming, Tante Esther hosted The Story of our Hymns, Afternoon at Home and Homemaker’s Chat. CFAM was profiled in the Canadian Mennonite in 1958 under the headline ‘Radio as it should be.’ 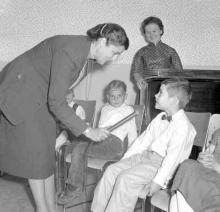