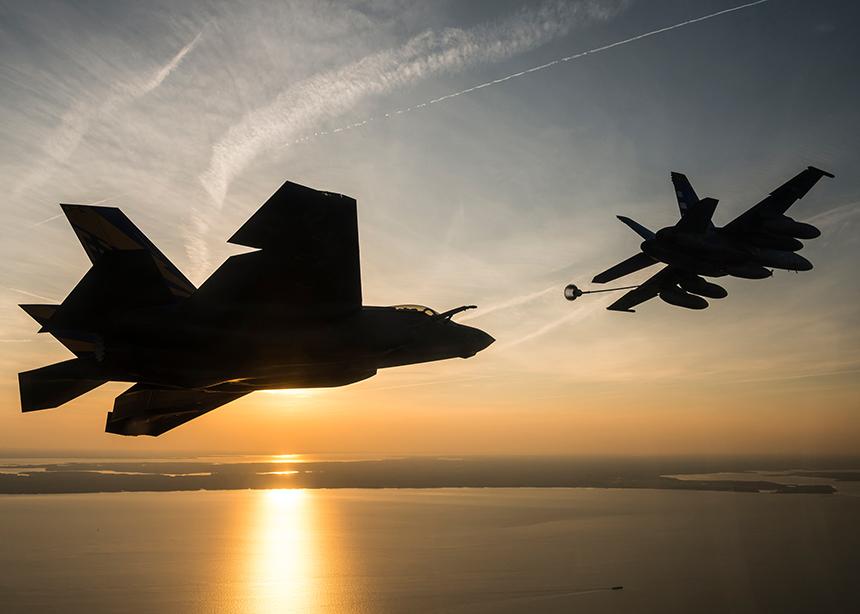 I thank God for moments when people share their hearts. In the pages that follow, you may find such moments: committed volunteers in a basement archive, an inspired welder, a new twist on quilting, a gathering that puts the cross in cross-cultural, and insight from King Hezekiah on mid-grade worship services.

In addition, Jonathan Neufeld speaks beautifully about stepping into a difficult and promising moment in our church’s work with Indigenous people as many grieve the absence of Steve Heinrichs while building on the foundations he so ably helped form.

You’ll also find a dozen responses to two weighty matters: progressivism and weaponization. The latter arose from another moment of heart-felt sharing.

In early January, a Mennonite elder left me a phone message. He firmly and politely expressed disappointment at the lack of Mennonite “peace witness.” Were the leaders and organizations who might speak publicly just celebrating the Ukrainian military victories reported in the news, or did they have something different to say?

I took his words to heart. Then Canada announced the purchase of fighter jets for our air force and a missile defense system for Ukraine. National Defense minister Anita Anand quoted F-35 maker Lockheed Martin, calling the F-35 “the most lethal . . . fighter aircraft in the world.” She said she was “thrilled” to announce the purchase of 88 such planes.

The acquisition of planes and the defense system taint the soul of humanity. Before they drop a bomb or shoot a missile, these weapons wound the people who design them, build them, touch them, boast about them and pay for them—Canadian taxpayers. Their existence corrodes our spirits. It distances us from God. Let us lament their existence and witness to a bolder belief.

Of course, we decry Russian aggression, lament Ukrainian suffering and offer practical aid. Beyond that, against the tide of black-and-white public discourse, let us decry all violence, lament all loss and speak gently of love.

On page 20, we profile the F-35 jets and provide seven people’s responses to militarization. Among them, retired farmer Ernie Wiens writes about dark powers, the armour of God and Jesus’ call to love our enemies.

Peace is not popular, but elders bring us back to the peace Christ offers.

In another challenging piece, Ryan Dueck writes about a version of church that focuses on politics and identity at the expense of that which might “set a soul aflame.” This version of faith—which echoes many secular progressives—is ever-more popular in pockets of our denomination. Dueck says it is a “recipe for failure.” That’s a stark claim.

The progressive shift in our church has made room for people who would have otherwise left. That matters. Conversely, many others left. But aside from the numbers—which do not count for everything—and just looking at the current moment, is the progressive shift attracting people now?

The United Church—arguably the most progressive denomination in Canada—posted a 40-percent decline in attendance in the past decade, the largest drop among churches. The progressive congregation I’m closest to has almost no second-generation members past high-school age. Our denomination is also in decline.

Will renewal be found in the discourse on inclusion and diversity? Will it set our souls ablaze with love, forgiveness, sacrifice, repentance and personal encounter with transcendence? It feels risky to ask.

To be clear, Dueck believes “robust . . . social engagement” is vital to the Gospel; it just needs to partake of transcendence not supplant it.

As someone deeply invested in justice matters for decades, I feel strange questioning progressives. That was my camp. I know there is much of God in their concerns, but their typical tone and posture disturb me, in contrast to the forceful yet gracious elder on the phone.

Also of note, the new progressivism did not lead to an outcry over F-35s.

Among the five people we asked to write responses to Dueck is Cynthia Wallace, who brings together the differing forces with uncommon gentleness and heart.

Finally, for details of an online event to discuss this topic, visit canadianmennonite.org/civicrm/event/info?reset=1&id=4.

On behalf of the CM team, thanks for reading.

Will Braun welcomes feedback at editor@canadianmennonite.org.

Read more editorials:
The holy paradox of modern Mennonite identity
Tuning out of Advent
2,000 years later in Bethlehem . . .
My prayer
3 lessons from a bumpy Sunday 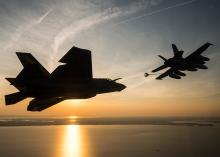