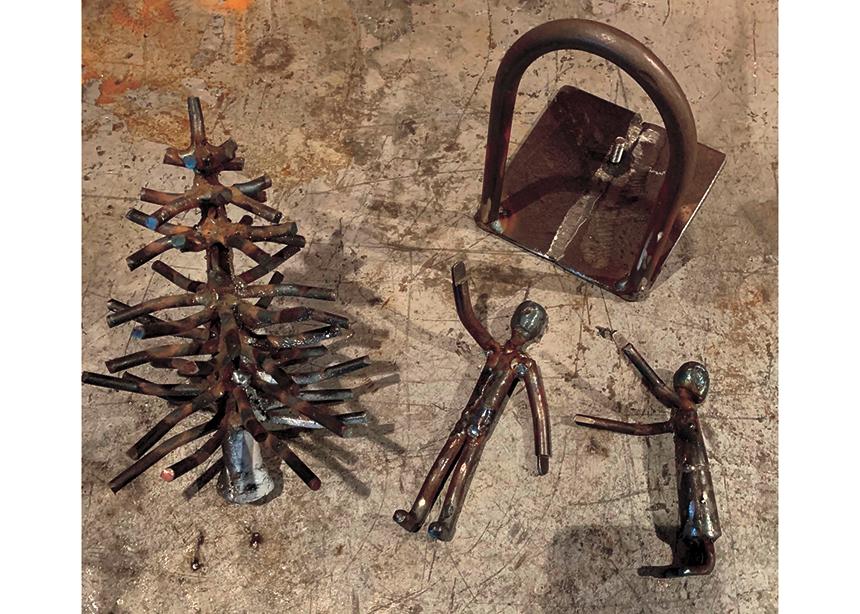 In January I was tasked with providing a meditation on Anabaptist World Fellowship Sunday at a local church. As I peck out this column, that day has not yet arrived and I’m spending my time welding up a sermon.

I’m not an historian, nor a learned interpreter of our faith heritage, so I am grounded in nothing . . . but reality.

Perhaps reality is a great place to start in understanding Anabaptism, and ultimately, an equally great place to end up. Reality reminds me that God was discovered in the storied history of our faith heritage, and is equally uncovered in every day, every conversation, every relationship. The early leaders chose a direction that differed from churches that had become ornate and closely aligned with political might of the day. The robes were grand and the steeples tall with the largesse that resulted from serving as the spiritual legitimizer of power.

I do some metal crafting under the moniker “Blind Guy Welding,” and some of my thoughts on Anabaptist world fellowship have taken shape on my workbench.

Some time ago, I built a pair of bookends that depicted Dirk Willems, an early Anabaptist, bending to rescue his pursuer who had fallen through thin ice. That image remains an important reminder of the passion and the conviction of following a path based on an understanding of “enemy love” that probably wasn’t often encouraged by the royal robes of the high church.

For me, crafting those hands reaching out to save was an emotional thing. To risk a life (and to lose it) is to grasp that strange concept of love at a level that present-day Anabaptists can scarcely imagine. I need such a depiction before me as a reminder.

More recently, my hands led me back to the welding table, and another set of bookends. This time, the scrap iron took the form of a person behind bars, incarcerated, on one side, while on the other, a person standing beside a table adorned with cups of coffee. Again, hands are reaching out, inviting, encouraging, welcoming. This prison visitation reality has been part of my life for 35 years, and it became vibrantly obvious decades ago that the power of the relationships built in these settings are in reciprocal care and compassion. Christ enters through the barred gates, Christ is discovered waiting behind those same gates. The intrigue of that reciprocity has created the energy to immerse myself in that reality.

I also volunteer at a local food bank, as I have mentioned before. There, a pastoral role is combined with delivering hampers to people at their vehicles or to their homes. I searched for a related theme that could be welded up on bookends—perhaps folks on opposite sides of a table, boxes of food pushed across and received. But that didn’t capture the essence of what happens, the reality of the communities that intersect. I didn’t want to depict something so…colonial.

Last week, a tiny old grandma appeared. Her face was deeply lined, and I recalled my wife Holly reminding me that there is great beauty in such a face, there are stories in the lines. I stepped up to her, welcomed her, and commented on the beauty of the trees, which that day wore a perfect layer of thick hoarfrost. Her face lit up, and she talked about how good it felt to step outside into the bright sunlight and observe the sparkling clothes on the trees. We stood at the window, gaping in delight. Instantly, I visualized my next project. It’s almost finished. It represents, again, reality. Again, hands reach out.

Ed Olfert (p2peho@gmail.com) gives thanks for the great teacher of reality.

Read more In the Image columns:
‘Stella makes a difference’
‘Bring your best self’
Modelling another way to healing
A tale of two clans
An undefended spirit 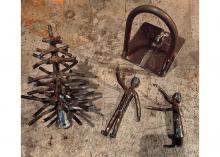