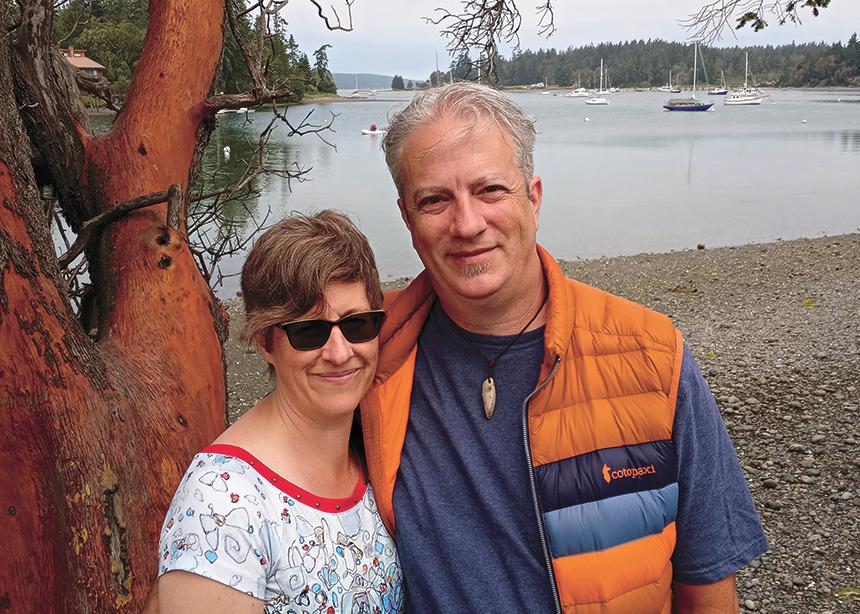 If there are places where the church is centring the voices of people on the margins, Jonathan Neufeld wants to be there.

Neufeld began his work at MC Canada, based in Winnipeg, in November. He also works half-time as pastor at Charleswood Mennonite in Winnipeg.

In the new role with MC Canada, Neufeld is tasked with coordinating and resourcing the regional churches in their relationship-building with Indigenous communities. It’s a half-time role that replaces the full-time Indigenous-Settler relations position held by Steve Heinrichs until April 2022.

“It is a different role and we all have different feelings about this transition, but the work is central to who we are and [on] some level needs to continue,” Neufeld says, mentioning the history of MC Canada’s relationship with Indigenous communities and the MC Canada staff who have helped maintain those relationships over the years. “This is a long relationship that I will embody for a period of time and hopefully contribute something [to] so that whoever follows will have more to build on—just like I have so much to build on.”

One of Neufeld’s biggest hopes for his work is that he can, along with the regional churches, engage congregants who aren’t already involved in the work of Indigenous relations. “We want to be invitational and we want to have venues of exploration and we want to be comfortable with resistance and we want to see conflict as an opportunity for partnership-building,” he says.

Neufeld, who grew up in Landmark, Man. and Abbotsford, B.C., has long been interested in the church’s relationship to Indigenous peoples. In the ‘90s, he and his wife, Melanie, worked with MC Canada Native Ministries in two Manitoba communities: Matheson Island and Pine Dock. They led Sunday services and vacation Bible school programs, and were mentored by Neill and Edith von Gunten, MC Canada’s Native Ministries workers at the time.

“We got married and then went [straight] to Matheson Island. That was our first home,” Neufeld recalls of the community, which is located 235 kilometres north of Winnipeg.

After earning degrees in theology from Canadian Mennonite Bible College and religious studies from the University of Winnipeg, Neufeld served as pastor of youth and young adults at Bethel Mennonite Church in Winnipeg from 1995 to 2002.

The Neufelds then studied at Anabaptist Mennonite Biblical Seminary in Elkhart, Ind. In 2006 they were hired as community ministry pastors at Seattle Mennonite Church. Jonathan coordinated services for people experiencing homelessness, including victims of chronic and persistent trauma resulting from the intergenerational effects of colonialism. Melanie worked to build relationships with businesses and faith communities to improve services for people experiencing homelessness.

Along the way, the Neufelds got involved with the work Seattle Mennonite Church was doing supporting Indigenous campaigns on environmental protection, land return and fundraising in support of local tribal services. Over the past decade, Jonathan has been involved in forming the Coalition to Dismantle the Doctrine of Discovery, a group emerging from the Anabaptist faith tradition that seeks to support Indigenous self-determination and efforts to protect the earth from ongoing colonization. He currently chairs the coalition’s steering committee.

“I think those of us who identify of settler descent, deep down, [whether we know] it or not, have a healing that we need, because we know . . . the privileges that have allowed our social uplift and establishment here on these lands is rooted in injustice. We know that. You can attend to that and face it or you can ignore it, but that doesn’t change that baseline brokenness that is in all of us that needs healing.”

“You have to do your homework—you just can’t avoid that—but you also can’t let a fear of not doing it perfect prevent you from moving in concrete ways.”

In his first weeks in his new role, Neufeld has appreciated the welcome he’s received as he’s made connections with various groups that MC Canada has historically worked with.

“When I’m reaching out and saying, ‘Hey, I’m from Mennonite Church Canada,’ and there’s an immediate, ‘Hey, so excited to meet you’—that says volumes about the work of people that have been in this role,” he says. “And that is a gift to me to steward.”

Canadian Mennonite: What have you been reading recently?

CM: Do you have a favourite movie?

JN: Avatar. I’m so looking forward to the [sequel]. Another favourite that is so Pacific Northwest and brilliant is Pig with Nicolas Cage.

CM: What are you listening to these days?

JN: I’ve been just learning and trying to pick up on as many Indigenous musicians as I can. I am learning about the Jerry Cans and the Halluci Nation.

CM: What do you like to do in your free time? 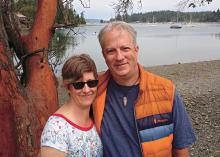 I find it hesitantly encouraging that Jonathan Neufeld has taken on the 1/2 time role at MC Canada as Indigenous Relations Coordinator. I am not clear if this is a different position from Steve Heinrichs' Indigenous Settler Relations role, and if the "Settler" aspect of the job has been purposefully left off of the title/job responsibilities.

My encouragement is piqued by Mr. Neufeld's phrasing of "the privileges that have allowed our social uplift and establishment here on these lands is rooted in injustice," and we need to identify this injustice (Doctrine of Discovery) in order to protect the earth from ongoing colonization. Admitting that a great injustice has taken place and continues to take place, that we have reaped and are reaping the benefits of this injustice, and recognizing that it continues through our ongoing colonization and possession of the land, is a great place to start.

This kind of recognition would lend itself well to a strong MC Canada presence and message in every church congregation, that "Mennonite Christian" owned land must be returned or reparation made. Biblically, we are instructed that the "earth is the Lord's," notwithstanding English property laws. Biblically we know that retaining possession of land which does not rightfully belong to us, transgresses Yahweh's justice.

It would be refreshing to hear that MC Canada is calling its congregants to the 4 Rs—repent, reconcile, return and reparation—in regards to the land. MC Canada programs directed towards Mennonite congregations, calling for Mennonites to act justly, and discerning what that might look like, will require a particular kind of leadership here in southern Manitoba, the likes of which we have not seen before from MC Canada.