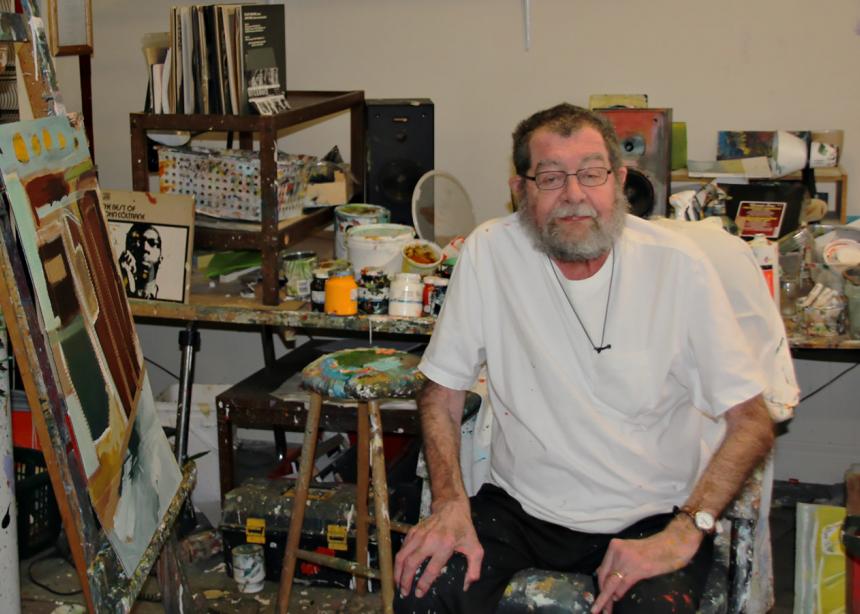 Jim Tubb has lived on borrowed time for more than 40 years.

In 1975, he was told that he had only a short time to live due to respiratory issues, but he says that in the meantime he’s had “a fantastic life.”

A congregant at Waterloo-Kitchener United Mennonite Church, Tubb worked as a personal financial advisor for the last 20 years of his employment at BMO (formerly known as the Bank of Montreal). What his clients needed, Tubb provided—stock broker, portfolio manager, banker—he did it all for them, gaining their respect over time. For the last 10 of those years, he only worked day-to-day, as his clients needed him, because of his health.

But whether he was employed or not, Tubb has loved “helping people.”

In 2010, he mostly retired as he struggled with lung cancer, his fourth—or fifth—kind of cancer; he can’t remember exactly. “It does give you enlightenment,” he says, “to go through anticipating death, and then having time to live. . . . I’ve embraced death as a new life experience. Some stuff’s important, some stuff’s not.”

With retirement he felt unconstrained, both monetarily and otherwise. He had been painting for a while already—acrylics, no chemicals, no oil paints and their solvents—but then began to paint more earnestly, up to 40 hours a week.

Painting what he wants and how he wants, Tubb is especially drawn to express human emotions on the canvas. Sometimes he paints while listening to music, putting down what he feels the composer and performers are expressing. His work is abstract—bold colours laid down, not in patterns but not haphazardly either—inviting the viewer to enter into the energy underlying the strokes. It’s a spiritual exercise for him, expressing courage and love.

Now on oxygen around the clock, and with yet another lung condition, he has slowed down to 10 hours of painting a week, and many hours of people stopping by to talk, to look at his paintings, and, more likely than not, take one home.

“Giving is such a good feeling,” he says. “There is absolutely no other way.” When someone gets a painting, Tubb might suggest they make a donation to Mennonite Central Committee.

Many paintings get donated to local causes for fundraisers. Averaging around $300 per painting, between $5,000 and $10,000 has been raised for local charities over the years—especially those involving children—such as Big Sisters and Kitchener-Waterloo Habilitation Services.

Some paintings get set outside under a sign inviting passersby to take one home.

An exhibition of his jazz-inspired paintings opens during Winter Jazz Festival Weekend at the Registry Theatre in downtown Kitchener on Feb. 23 and 24, 2018. “Posthumously or otherwise,” he says of the show, showing no fear of death.

Update: Jim Tubb passed away on February 3, 2018. It was his wish that the art exhibit proceed as planned. His obituary is here. 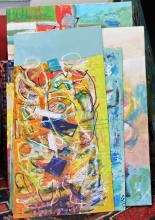 Jim Tubb’s jazz-inspired paintings are stacked up to be chosen for a show in the spring at the Registry Theatre in Kitchener, Ont. (Photo by Dave Rogalsky) 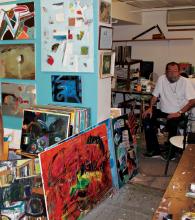 Jim Tubb sits in his Duke Street studio in Kitchener, Ont., surrounded by paintings, art supplies and the music that fuels the work. (Photo by Dave Rogalsky)