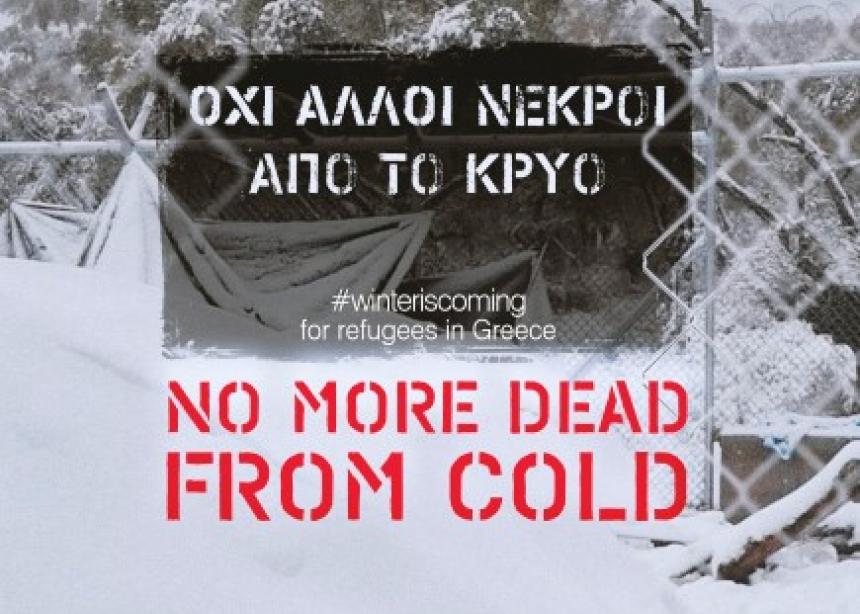 As winter sets in, over 100 solidarity groups and organizations—including the Christian Peacemaker Teams (CPT) project on the island of Lesvos—are calling for urgent action from the Greek local and national authorities to prevent more refugees from dying in the cold.

Several places woke up on Oct. 12 to find their neighbourhoods plastered with the emblematic picture of Moria Camp on Lesvos, covered in snow last winter, while the collective has also launched a campaign on social media with the hashtag #opentheislands.

Six people who were seeking refuge and protection in Europe died in Moria last winter, their deaths linked to inhumane winter living conditions. Their families are still waiting for answers from the authorities as to how and why their relatives died, and for those who are responsible to be held accountable. On Oct. 8, 2017, a five-year-old Syrian girl died in Moria. The cause of death is yet unknown.

The collective of solidarity groups and organizations has expressed their shock and outrage at the current situation in the islands as winter sets in. Approximately 5,000 people currently live in Moria camp, which has a capacity of around 2,000. This includes the seriously ill, the disabled, pregnant women, many children, including unaccompanied minors, and survivors of torture and other trauma. Many now live in woefully inadequate summer tents and have to sleep on the floor on thin sleeping mats or blankets.

A refugee forced to stay in Moria camp reports about the conditions: “Living in Moria makes us all sick. In the morning you wake up in a cramped tent or container between other people. It smells disgustingly and I hate that I cannot wash myself properly. In winter it is freezing. Everything is soaked. When you wake up you cannot move your limbs. And you’re covered in ashes. Last winter we burned paper and plastic to stay warm. It is as if we were not human beings.”

As winter approaches for the refugees in Greece, the collective wants details as to how allocated funds are being spent on the refugees’ welfare. 700 million Euros have been made available to the Greek authorities to manage the situation. The groups also demand that the several relevant actors in the Greek government, at national and local level, assume and clearly communicate their responsibilities. The solidarity groups want them to be held accountable for what will happen to refugees and migrants this winter in Greece.

The concerned groups hold all European governments responsible for the human rights violations suffered by refugees in Greece today, for those deaths that have already occurred, and for those which could happen this winter.

To read the full call for action which CPT Lesvos is a co-signatory of, visit: https://opentheislands.wordpress.com/statement/. 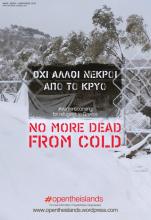