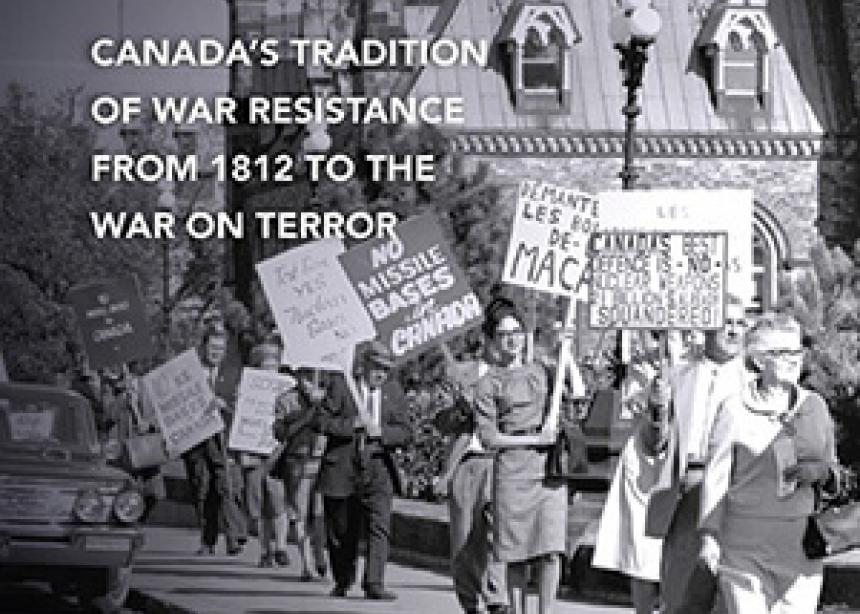 “The experience of Canada’s conscientious objectors in the Second World War is a fascinating and complex part of our history that is often [conveniently] overlooked,” Stoesz writes in “This thing is in our blood for 400 years,” his chapter in Worth Fighting For: Canada’s Tradition of War Resistance from 1812 to the War on Terror (www.commonword.ca/go/283), published by Between the Lines in Toronto.

However, he notes that commemoration of the military experience through annual events and museums “emphasize the centrality of military activity to Canadian identity,” but ignore the long-standing tradition of opposition to armed conflict, which is also part of the Canadian identity. Stoesz and MHC archives staff, in collaboration with Andrew Wall and Project 31 Films, were recently awarded a grant of $36,800 from the Minister of Canadian Heritage and Official Languages for the production of Alternative Service in Canada During the Second World War, a video documentary that will explore the contributions of Mennonite conscientious objectors to Canadian history.