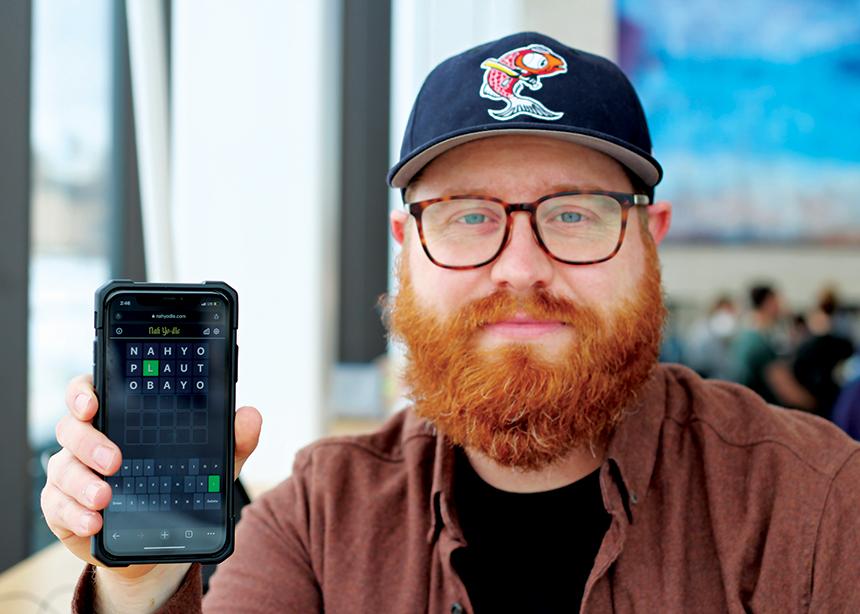 You may have just done a double take, but no, this is not a Daily Bonnet article. A Manitoba Mennonite really did create a Low German version of Wordle, a word puzzle craze whose popularity skyrocketed in December 2021.

Wordle is a daily online word game that gives players six chances to guess a five-letter word. Each guess gets feedback in coloured tiles that indicate when letters are correct, incorrect or need repositioning.

Falk, who works as a music publicist, wanted to create Nah Yo-dle partly because he likes “that intersection where Mennonite culture meets satire and where we can celebrate and make fun of ourselves at the same time. I feel like this is a tiny extension of that, in being able to have fun with the language a little bit,” says the Winnipegger, who is originally from Altona, Man. “Mostly it’s a lot of people having a nice little chuckle at it, which I think is the initial point anyway.”

He describes his Low German comprehension as relatively surface level, gleaned from years of grandparents telling jokes and parents discussing things they didn’t want him to hear. Yet there are many words and phrases from the language that he uses in everyday life.

To help him fill out his knowledge of the language, he grabbed a Low German dictionary, gathered several Mennonite and Mennonite-adjacent friends and brainstormed. The result is a game that includes a mix of English Mennonite-themed words, like choir and quilt, Low German words and slang from both languages that can’t be found in a dictionary.

Creating a word game in a primarily oral, non-written language, like Low German, has its challenges. Spelling is one of them, but the spelling feedback has been one of Falk’s favourite parts of the experience so far. Spelling debates can get lively in the comments at Instagram.com/nahyodle, where Falk posts previous answers and explanations of each word.

On day one, someone complained that “zoats,” Low German for “seeds,” was not in the dictionary, which sparked a long debate about the plural of “zoat.” “Lots of people have been saying this is a great way to have fun with the language and explore it a little bit more, and maybe introduce it to some more people,” Falk says.

With a fairly simple, user-friendly interface, Nah Yo-dle can be played by people of many ages. “That would be fantastic if we could get older generations and younger generations playing this together,” he says.

Collaborating on this project with Falk is Adrian Turnbull, a freelance web designer and graphic designer. 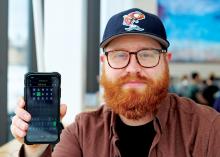