More than a label

Steph Chandler Burns’ faith journey has included leaving, and coming back to, the church 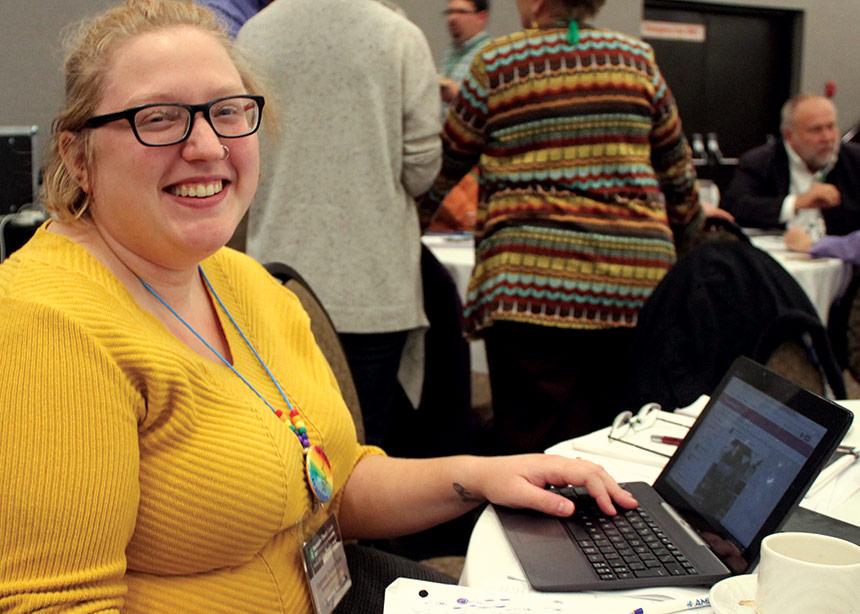 For Steph Chandler Burns of Kitchener, Ont., talking about her faith journey means talking about coming out as a queer individual.

“I am a bisexual woman and I am a woman created in God’s image, and knowing those two things alongside each other has taught me a lot about who I am in God,” she says.

Because she is married to a man, most people assume she is straight. “I am in a committed marriage and so sometimes I feel invisible in my journey as a queer person,” says the 27-year-old, who recently completed a four-month stint as interim pastor at Bloomingdale (Ont.) Mennonite Church.

She finds it difficult at times fitting in to the church because of her sexual orientation, but it’s not the first time she’s had trouble fitting in. As an undergraduate student, she became frustrated with God and the church, so she stopped attending.

Growing up, she loved going to church. Her father struggled with substance abuse issues and was in and out of the family’s life, so her mother did what she could to make ends meet. On Sundays, Chandler Burns’s maternal grandparents would take her to Bloomingdale Mennonite.

“My whole family really taught me the importance of love, and that God loves you,” she says.

As a teenager, she began playing music in church and leading worship. At 16, feeling a call to potentially work in the church someday, she participated in !Explore, the summer youth leadership development program at Anabaptist Mennonite Biblical Seminary in Elkhart, Ind.

After graduating from high school, she enrolled at the University of Waterloo with the intention of pursuing a degree in religious studies. During her first semester, her father passed away.

“My dad and I had just started to patch up some of our relationship, so it was very difficult,” she says. “I ended up walking away from the church partly because of my anger at God.”

As her studies progressed, she changed her focus to social work. After she graduated with a bachelor of arts degree with a major in social development and minor in peace and conflict studies, something unexpected happened.

“Despite sometimes wanting to leave spirituality and Christianity and the church, there was something about God that kept pulling me back,” she says. “I remember finishing my undergrad and winding up back at my home congregation, even though I don’t remember making the decision to go back to church. All of a sudden I was on the worship team, even though I don’t remember making that decision, either.”

She talked to the church’s pastor about her faith journey, why she had left the church, and the anger and hurt she felt when her father passed away.

“I remember feeling such a sense of peace from that conversation—that it’s okay to have these questions, and that if anyone can handle my anger, God can,” she says. “That ended up being really healing.”

In 2015, she returned to school, graduating from Conrad Grebel University College last fall with a master of theological studies degree. Many of the papers she wrote while studying at Grebel explored sexuality, identity and how the ways that humans are uniquely created might have something to say about who God is.

“We really like our labels for God—‘He,’ ‘King,’ ‘Saviour,’ or ‘mother’—a lot of the time, but how does God fall in between those categories?” she asks. “How is God all of those things at the same time? Language about God is always going to fall short and need correctives, but how do we talk about God in a fuller way?”

She points to Exodus 3, where Moses encounters the burning bush and God introduces Godself as “I am the God of your father, the God of Abraham, the God of Isaac and the God of Jacob.” God later tells Moses, “I am who I am.”

“In that passage, I really see God trying to be bigger than the categories we put on God,” she says. “The takeaway to think about is . . . how might someone else’s picture of God make our picture of God bigger and more accurate and more meaningful? How can we expand who God is by listening to others’ experiences?”

Now that her interim pastoral role at Bloomingdale is over, Chandler Burns is open to finding pastoral work at another congregation. Currently, she works part-time at a social justice organization connecting individuals who are on parole with supportive faith communities. The job has taught her not to put labels on people, and to get to know them instead.

“We miss so much by putting a label on a person,” she concludes. Whether it’s sexual orientation or a criminal past, “you can’t just limit one person to one piece of who they are.” 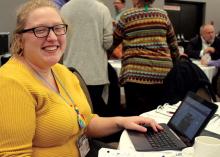 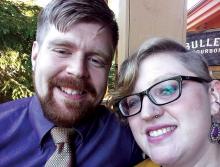 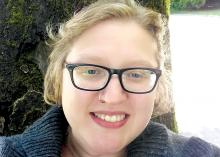