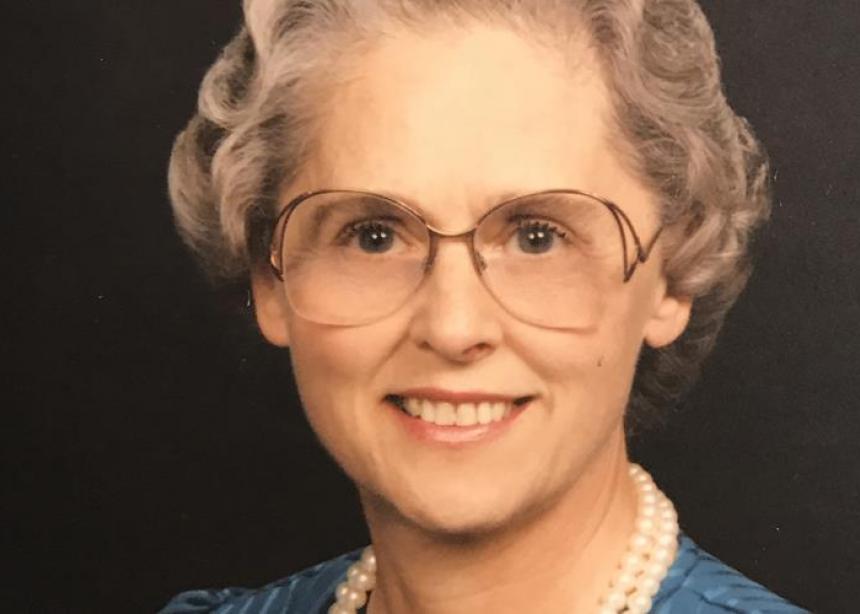 Florence Cressman Kreider was a friend to both Jews and Palestinians, and she sought to spread peace wherever she traveled. The former mission worker died Nov. 1, 2016, in Broadway, Va., at the age of 87.

A native of Ontario, Florence Kreider was a graduate of the Ontario Mennonite Bible Institute of Kitchener in 1948 and of Eastern Mennonite College (now Eastern Mennonite University) in 1952. It was soon after graduation that she began to serve in missions.

Florence Kreider displayed a special concern for people who were enduring hardship and injustice. She also had a heart for fostering cultural understanding and mutual respect. In July 1953, she and her husband, Roy Kreider, were sent by Mennonite Board of Missions (a predecessor agency of Mennonite Mission Network) to Israel. The Kreiders raised their family there.

Amid the longstanding conflict between Israel and neighboring Palestine, the Kreiders nurtured bonds of friendships with both Jewish and Palestinian communities. For 32 years they served in the areas of peacemaking, interfaith healing, and reconciliation.

The Kreiders were unashamed of their Messianic foundation and orientation and helped nurture the budding Messianic community in Israel that has grown in maturity and influence since 1980, said Wilbert Shenk. He was the director of the Overseas Ministries Division of Mennonite Board of Missions from 1965 to 1990. He said that their actions showed great courage amid the political and religious tensions in the region.

“Roy and Florence were pioneers in developing a dynamic theology of presence rooted in their understanding of the life and ministry of Jesus,” Shenk said.

In 1985, the Kreiders returned to the Shenandoah Valley region of Virginia, to Cornerstone Churches, where they developed pastoral counseling ministries.

“Her gracious hospitality, compassionate heart, and gentle spirit were an inspiration to those who knew her, and her faith, down-to-earth spirituality, and wisdom made her a mentor to many whose lives she touched with her friendship and care,” reads a statement from her family.

Kreider is survived by her husband, two sons, a daughter, 11 grandchildren and five great-grandchildren.