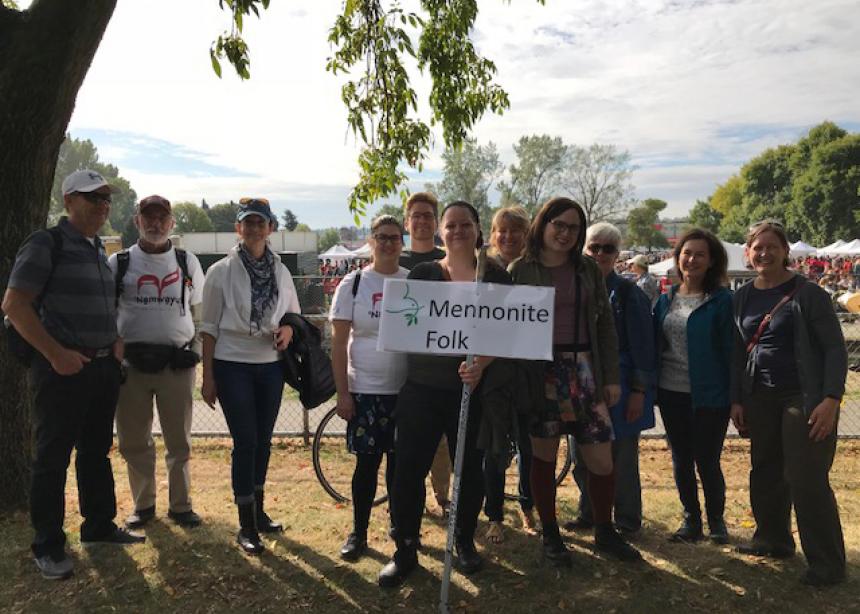 As an encouragement to join the walk, at least one MC B.C. congregation cancelled regular morning services.

The two-kilometre walk, a Canada 150+ signature event, was jointly hosted by the City of Vancouver and by Reconciliation Canada, following in the tradition of the 2013 walk that drew 70,000 participants. It began in downtown Vancouver and ended in Strathcona Park with a community festival. Indigenous speakers included Perry Bellegarde, national chief of the Assembly of First Nations, who gave the keynote address, and Joseph. Booths, dances and displays by various organizations, as well as a blanket exercise, were included.

Commented participant Stan Olson of Abbotsford, “I was really encouraged by the many thousands of people who participated in the walk, in support of taking further steps on the journey of reconciliation, in the spirit of ‘Namwayut–We are all one.’ Will Mennonites embrace the ongoing journey to build new relationships with First Nations people around us, as one way for God’s healing and hope to flow through us to the world?” 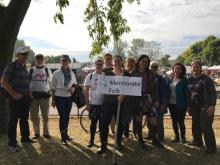