Houses. Toilets. Schools. These are basic human rights to which Canadians feel entitled—and which many vulnerable and disenfranchised indigenous people do not have.

Indigenous leader Leah Gazan says the United Nations Declaration on the Rights of Indigenous Peoples (UNDRIP) is really just the floor for human rights. The activist, policy analyst and educator at the University of Winnipeg says UNDRIP outlines “the minimum human rights to be healthy.”

After years of objector status to UNDRIP, the Canadian government finally accepted the Declaration in the spring of 2016 to a standing ovation at the UN, when Indigenous Affairs Minister Carolyn Bennett made the announcement. But words are one thing. Implementation is another. Currently in play is the proposed Bill C-262, an act that would ensure that the laws of Canada are in harmony with UNDRIP.

The 600-kilometre walk from Kitchener, Ont., to Ottawa from April 23 to May 14, 2017, is an attempt to “engage churches in a series of conversations about UNDRIP, explore why it matters, the hope it offers, and how we can live into it,” says Heinrichs.

Froese, 21, a third-year environmental studies student at Canadian Mennonite University in Winnipeg, is helping organize the pilgrimage as part of an independent studies project.

Having spent recent summers as a staffer at Camps with Meaning, she was surprised to learn that one of its sites, Camp Koinonia, is situated on Crown land that is sacred to the Dakota peoples. Her work on the pilgrimage has special meaning for her, since Ike Froese, her late grandfather, was a predecessor to Heinrichs in MC Canada’s work with indigenous peoples.

Sue Klassen, 56, is already in training for pilgrimage, a term whose sacred nature she appreciates. The former math and computer science teacher now does trauma and resilience training. She says her participation is a logical response, given her 17-year interest in restorative justice.

So far, participants committed to the intentionally ecumenical pilgrimage range in age from 12 to 85. A support vehicle will accompany walkers who need a rest or a water refill. Walkers will spend nights in church basements along the way, and local communities will be invited to attend conversation circles en route. The pilgrimage will conclude with a celebration feast in Ottawa, but not before walkers stop at Parliament Hill to advocate for Bill C-262.

Heinrichs is hoping for 30 to 50 core walkers committed to walk the entire distance. Casual walkers can join any leg of the trip and must supply their own food and drink. Those joining for more than one day need to register so that accommodations can be planned and prepared. All participants are responsible for travelling to and from the start and end points.

“It’s a commitment, for sure,” says Heinrichs, “but I’m confident it will make a tremendous impact.”

Gazan will be part of the group making the entire trek. Her commitment required serious juggling of her schedule and the cancellation of a previously planned speaking event.

“We are living in a time where there is a lot of hope, but it can also go the other way,” she says. Quoting Chief Justice Murray Sinclair, she says she is joining the pilgrimage because “[t]his is not about us and them. This is about how we are going to work together to rediscover a better future together.”

For more information about the Pilgrimage for Indigenous Rights, visit pfir.ca. 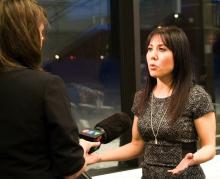 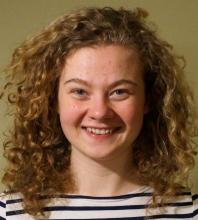 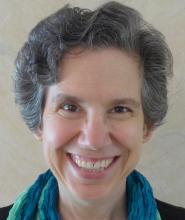