The Mennonite and the Lurmen 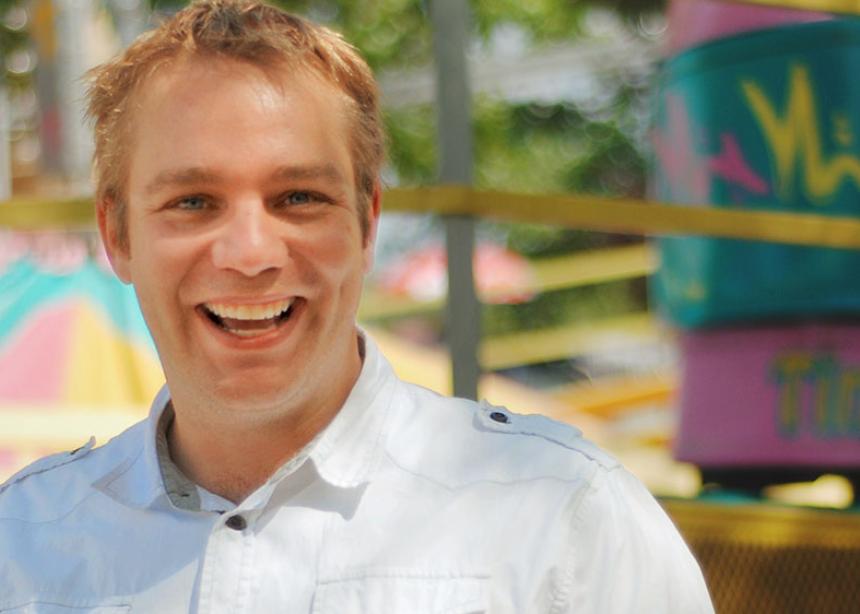 <p>Kyle Rudge is the founder of Geekdom House, a ministry devoted to loving and serving the nerd and geek community. (Photo courtesy of Kyle Rudge)</p>

Are there parallels between the Star Wars universe and Anabaptism?

I asked myself that recently after watching an episode of Star Wars: The Clone Wars, an animated TV series.

The episode, entitled “Defenders of the Peace,” begins like any other episode in the series: Separatist forces are winning and the Jedi arrive to help turn the tide. This time, however, reactions are different. The Jedi run into the Lurmen and a key character named Asoka is baffled by their beliefs.

The Lurmen are a neutral race and fervent believers in pacifism. The separatists land, lay claim to the planet and extend their “protection”—easily understood as oppression—to the villagers. The Lurmen don’t necessarily want this, but they don’t resist.

As I watched the episode, I considered my own background. I went to a Mennonite high school and graduated from a Mennonite university. The beliefs of the Anabaptist movement run deep in my veins. I see similarities between the historical Mennonites and the Lurmen.

I asked Conrad Stoesz to watch and discuss this episode with me. Stoesz is an archivist at the Mennonite Brethren Archives and Mennonite Church Canada Archives in Winnipeg, and is an expert on Mennonite history.

Rudge: Did the episode in any way relate to Mennonites, or am I way off?

Stoesz: No, you’re not way off. The struggle’s between values and practicality. The leader that wanted to stay true to the things that have been done, the way they have been taught, and the younger ones not seeing a practical alternative.

Rudge: Was there anything lacking?

Stoesz: The episode portrays only two options. The fight or the flight, the good or the bad. Yet we know in life there is a grey area. There can be a third option that takes creativity to find.

Rudge: If you were the leader of the Lurmen, what could be a creative alternative?

Stoesz: Let me answer that with a story. There’s a woman named Elizabeth Buhler. She lived in Winkler, Man., for many years until she was 106 years old. . . She died a couple of years ago. She tells the story of when she was in Russia and bandits broke into her home. They rounded up the family and held them at gunpoint while the house was being looted. She had no idea what to do. She saw the guitar next to them, so she picked it up and just started playing something. Quietly at first. Eventually a little louder, a little louder, a little louder. She started playing some religious songs. The leader of this group finally just said to the other bandits, “Stop! Stop what you’re doing! We shouldn’t be here. We should be ashamed of ourselves. Put everything back.” And they did and they left. There was some kind of inspirational third option that appeared. So part of our task is to be open to inspiration and not just think it’s a fight or flight issue.

Rudge: Then what about Asoka and Captain Rex? They commented on the Lurmen, saying they don’t have any pride or any courage. Is that something that Mennonites experienced in their history with their pacifist beliefs?

Stoesz: Oh sure! In the Second World War, they were called shirkers and yellow-bellies and whatnot for refusing to join the military. And some of them maybe were cowards, but then there were also people in the military who were also cowards and did not stand up to public pressure and say, “No.” It goes both ways. If we are following a nonviolent leader and he is asking us to do the same, what does that mean for us? Is efficacy impor-tant or is faithfulness more important? And for those who are choosing the conscientious objector’s stance, they may not use these exact words, but the idea of being faithful is what’s most important.

Rudge: If the Jedi hadn’t come to defend them, the Lurmen would be dead. How did the Mennonites even survive? How do pacifists survive in this violent world?

Stoesz: On all sides of the conflict there are good people still. During the Russian Revolution there was a lot of anarchy. People would be subject to raids and a lot of atrocities that happened. So there were these self-defence units set up. They were trained by German military. They tried to provide some kind of harm-defence because they couldn’t stand anymore their houses being looted, their wives and mothers being shot and raped, and all that. Some church leaders were dead-set against that, while others said it was your own personal decision to make. At first, these self-defence units were successful in warding off bandits. But later on, the bandits figured out the tactics of these self-defence units and started to specifically target them. The last part of this episode the old leader ends with, “Yes, but at what cost?” In the end, some Mennonite communities suffered even more because of their resistance.

Kyle Rudge is the founder of Geekdom House, a ministry devoted to loving and serving the nerd and geek community. He is also a radio show host, web developer and programmer in Winnipeg. A longer version of this article originally appeared on http://GeekdomHouse.com. Read it at http://bit.ly/1DssS5g.

Kyle Rudge is the founder of Geekdom House, a ministry devoted to loving and serving the nerd and geek community. (Photo courtesy of Kyle Rudge) 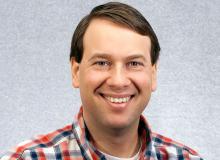 Conrad Stoesz is an archivist at the Mennonite Heritage Centre, a ministry of Mennonite Church Canada in Winnipeg.