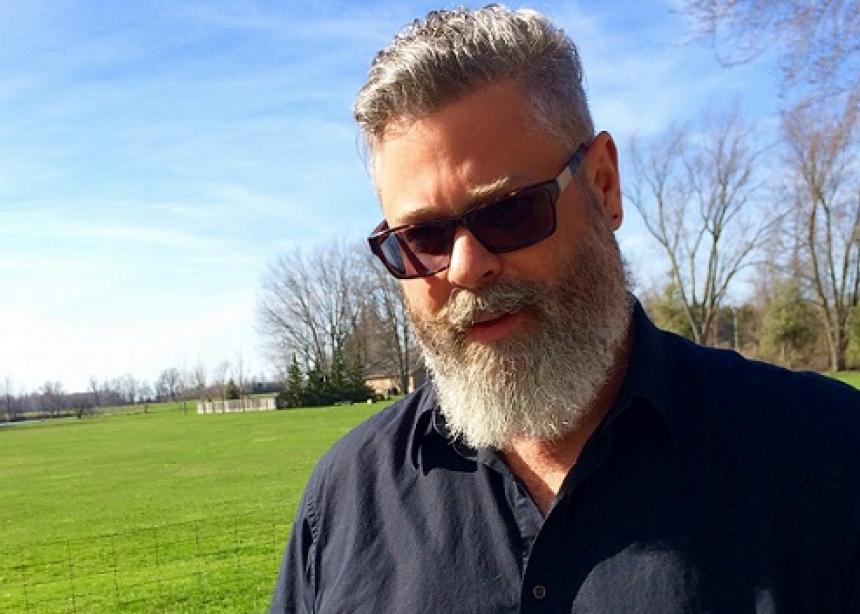 It took me a while to find my poppy and peace button this year. I couldn’t remember where I’d stored them last November. “I guess I don’t have very good ‘remembrance,’ ” I joked to myself.

“Remembrance” is an unusual word. There are only two occasions I hear it used. The first involves two minutes of silence on Nov. 11. The second is during communion (also called the Lord’s Supper or eucharist). When you think about it, these two events have more in common than the utilization of the word “remembrance”:

For others, communion and Remembrance Day cause us to feel self-righteous and superior. We condemn the unnecessary horrors of war or the atrocity of a particular atonement theory we’ve come to despise, and discreetly judge those around us who celebrate such madness.

Then there are those who approach Remembrance Day with fear as they relive memories or anticipate the worst, given the turbulent state of affairs in the world today.

Communion can also cause us to experience fear and trembling in light of Paul’s command to examine ourselves before partaking in the Lord’s Supper. If we don’t, he warns, there could be severe consequences. Even death.

It’s enough to make one wonder, “What’s the point of the Lord’s Supper?” I believe the point of communion is, well, communion. Profound right? Let me explain.

The first post-resurrection “communion service” is the last story in the last chapter (24) of the Gospel of Luke.

Two disciples were travelling to the village of Emmaus about 11 kilometres outside Jerusalem. They were discussing a rumour that Jesus had risen from the dead. Along the way, a stranger joined them and their conversation. He opened their minds to the Scriptures in exhilarating new ways. When they arrived at Emmaus, the two disciples asked him to continue the conversation over supper. He agreed. They all sat down, and the stranger assumed the role of dinner host. He took the bread, blessed it and gave it to them. Immediately their eyes were opened. They recognized the stranger was Jesus. They realized Christ was present with them.

This communion service caused them to be full of joy, hope and excitement. They described the whole experience as having their “hearts set ablaze within them.” Sounds like the kind of communion service I’d like to be part of.

With great enthusiasm, the two disciples rushed back to Jerusalem to tell the other disciples. Luke reports: “While they were describing these events, Jesus himself stood among them and said, ‘Peace be with you.’ ” Immediately, the other disciples’ eyes were opened. They all became aware of the presence of Christ in their midst.

This is the point of the Lord’s Supper: to become aware of Christ’s presence with us. Our remembrance is not fixated on something that happened 2,000 years ago, but on the reality that he is with us right here, right now. We remember that Christ is still Emmanuel, he is still “God with us.” We recall Jesus’ last words to us in the Gospel of Matthew: “Remember, I am with you always.”

In my opinion, this is where Catholics got it right and we Protestants got it wrong. Not the details of transubstantiation, but their belief in the “real” presence of Christ at the Lord’s Supper. He is here!

The Lord’s Supper should be a memorable remembrance. It should result in our hearts being set ablaze within us. Like the disciples on the road to Emmaus, we should be overjoyed and excited to tell others about our amazing encounter with Christ.