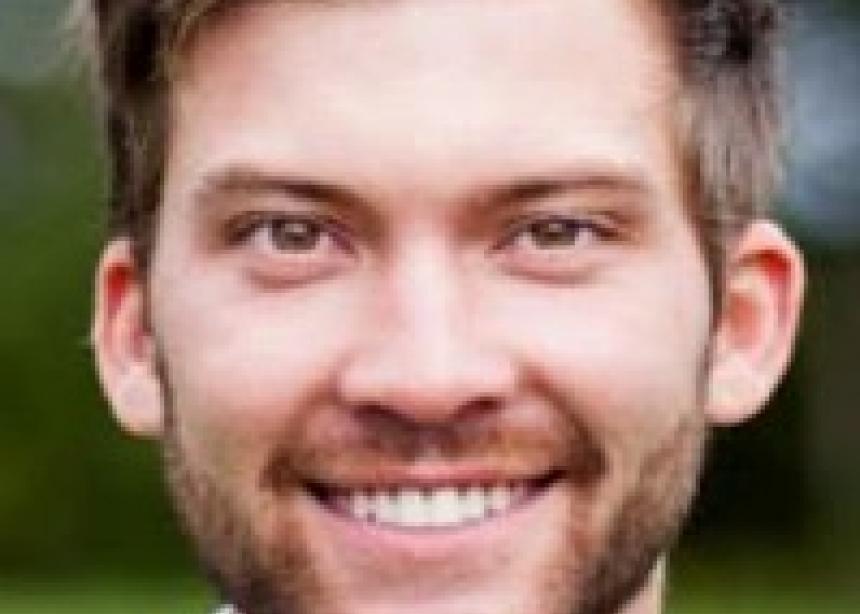 Jono Cullar of Waterloo, Ont., was honoured with a 20 under 35 award from Mennonite Economic Development Associates late last year for exemplifying “MEDA values: faith, service and an entrepreneurial spirit.”

Although his mother married an American and lives in Ohio, Cullar remembers many trips to Ontario through his growing up years to visit his maternal grandparents, Rod and Doris Weber, and Mannheim Mennonite Church that he now attends with his fiancée Sarah Steiner.

Cullar received his post-secondary education at the University of Waterloo in environment and business and is currently working at helping companies to reduce their energy usage, both for the sake of the environment and their bottom lines.

Cullar became acquainted with MEDA during a Radical Journey international service assignment with Mennonite Mission Network, from September 2009 to August 2010. He worked with MEDA Paraguay, and this experience honed his interest in business and international development. With MEDA’s interest in working on social issues with economic interventions, he believes that the environment is an area that MEDA can focus on more.

Cullar speaks freely of how faith has formed him and his fiancée, and he also wonders how faith, religion and church can be part of his life and service, as he knows many people who experience God and faith in very different ways. He gathers monthly with a group of friends to watch documentaries and discuss what the filmmakers are trying to say.

With Steiner, a Conrad Grebel University College peace and conflict studies grad, Cullar is thinking about beginning a socially-oriented business such as fair trade coffee.

In the meantime, he enjoys volunteering for MEDA Waterloo Region, getting ready for his wedding, sailing, and travelling, which included a trip he and his siblings made to Central America for six weeks last year.

Cullar was nominated for a 2015 20 under 35 award by Robert Shuh of Elmira, a former employer. Shuh works for MEDA on the MiCrédito program in Nicaragua and serves on the board of MEDA Canada.

Read about another 20 under 35 award winner: “Young entrepreneur balances profit, community and faith.” 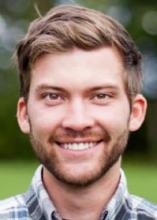