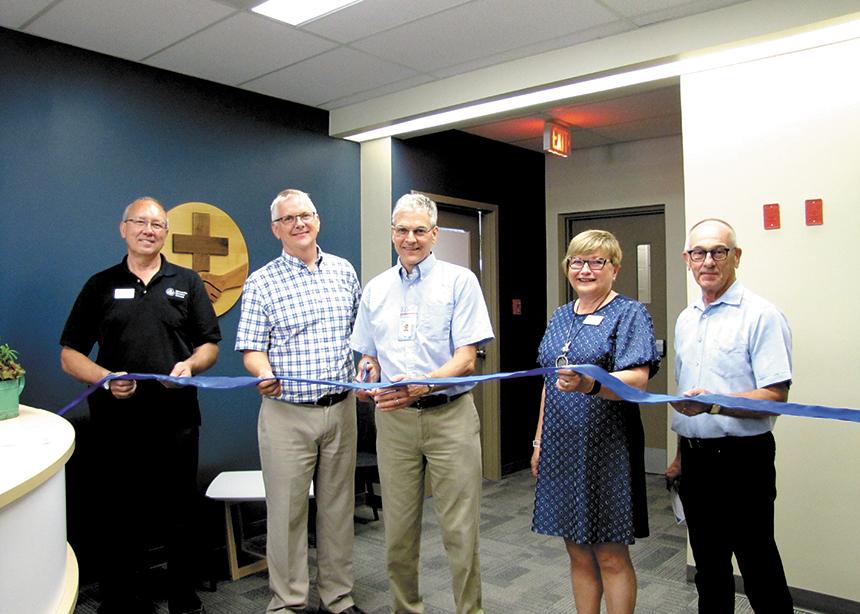 On June 15, 2018, Mennonite Disaster Service (MDS) Canada hosted a dedication for their new office space located on the second floor of 600 Shaftesbury Blvd. at the Canadian Mennonite University campus, followed by a lunch and open house.

MDS Canada decided to move to a bigger space when they added several staff to their team and their lease at 1325 Markham Rd. was coming to an end.

In addition to moving the office, the organization has also changed its name from MDS Region V to MDS Canada. This doesn’t change the organization’s governing structure or the way it operates, says Ross Penner, director of Canadian operations. The U.S. and Canada offices still have one executive director and operate under the same umbrella.

Rather, the purpose of the new title is to clear up people’s misconceptions that MDS Canada is just a small sub-division of a United States based organization that doesn’t do a lot here. “What we want to communicate is we are a disaster response agency in Canada, for Canada,” says Penner.

The MDS Canada office is now a neighbour to the Mennonite Church Canada and Manitoba offices, which share the floor below it. “We love moving to both the CMU campus and into the Mennonite Church building because it connects us even more closely with an important part of our constituents and even the student body of CMU. We’re very excited about the location,” he says. 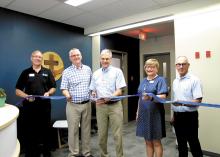