Offering resources and educational opportunities for immigrants and advocates 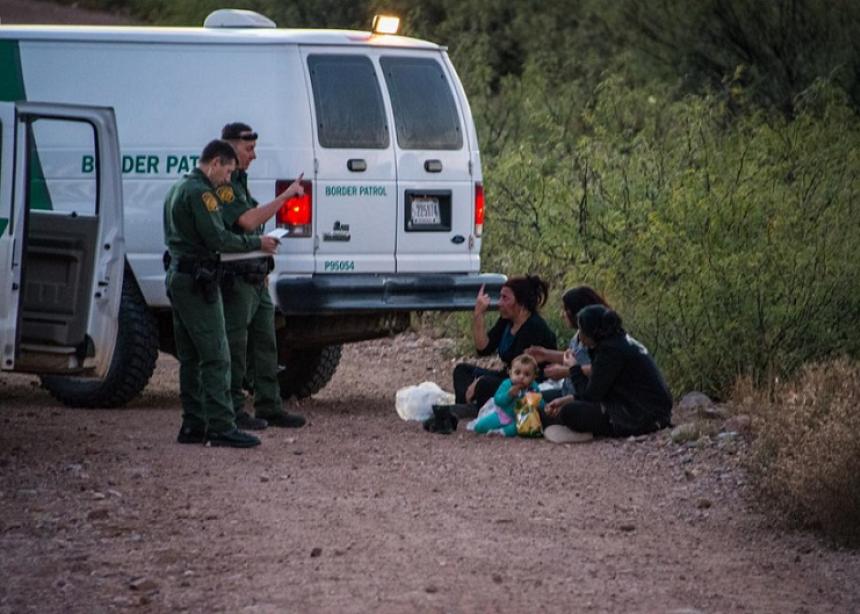 As the U.S. government increases immigration enforcement, Mennonite Central Committee (MCC) U.S. has been expanding its legal training, resources and educational opportunities for immigrants and advocates.

People living in the U.S. without official documentation are increasingly fearful that they will be separated from their families by detention or deportation, says Saulo Padilla, MCC U.S. coordinator of immigration education. This includes members of Anabaptist churches, who are part of MCC’s supporting denominations.

“Everywhere I travel, people tell me about their personal fear for themselves or their families,” says Padilla. “I also hear people whose ancestors immigrated centuries ago express more concern for today’s immigrants than I ever have before.

“At MCC U.S., we are responding to Christ’s instructions to love our neighbors and following the Bible’s instructions to welcome the stranger by helping immigrants know their rights and find legal ways of living in this country,” says Padilla.

Legal immigration training for lay people
As part of the project, MCC U.S. provided scholarships to more than 30 Anabaptist church members to attend its weeklong Immigration Legal Training. The first 17 attended a training in September 2017 and others in January and February 2018. A few remaining scholarships are still available for the September 2018 training.

Although 800 immigration professionals have paid to complete the legal training since 2002, MCC U.S. wanted to make the training more accessible to lay people. By learning about the complexities of U.S. immigration law, graduates can better accompany immigrants in their churches and communities.

“The training helps members of our constituent groups . . . identify legal immigration options that may be available to members of their congregations and strengthen their ability to identify fraudulent immigration scams and service providers,” says Padilla. “This is important because many of our brothers and sisters are vulnerable to individuals committing fraud and costly unlawful immigration practices.”

Ellen Morey, who has a heart for immigrants living near her church, Prairie Street Mennonite Church in Elkhart, Ind., participated in the September 2017 training. She compared the content to a “giant, complex flow chart.” The participant enters the flow chart on one side and explores all the legal ways to help an immigrant get relief from the fear of being deported.

The training is a helpful step in the process of getting DOJ accreditation, which allows the recipient to represent immigrants in immigration court. Although Morey has not pursued the accreditation yet, she has developed a business plan to start a legal aid ministry to immigrants in Elkhart and is exploring ways to implement it.

Providing low-cost legal advice is a critical need, Padilla says. Only 3,000 non-profit attorneys and others accredited by the DOJ are practicing in the U.S., where 22 million, foreign-born, noncitizens live. A person with limited financial resources has few affordable options for legal representation in immigration court, he says.

To help address the need for additional legal support and advice, MCC is offering grants totaling $70,000 to churches or organizations that want to start or to strengthen legal documentation programs.

One grant recipient is College Hill Mennonite Church in Tampa, Fla., where attorney and member Cindy Cumberbatch sees clients who seek permanent residency or who want to apply for citizenship.

“My greatest joy in my immigration work is seeing the excitement and relief on my clients’ faces when we’ve come up with a plan of action, and they know there is a positive solution to their problem,” she says.

“I believe churches engage in immigration work because it is simply the right thing to do,” she adds. “Even throughout biblical history, there have been countless stories of foreigners in a strange land who were there for a purpose. It is no different in this day and age.”

Know-your-rights resources
Another way MCC is addressing immigrants’ concerns during this yearlong project is by offering additional know-your-rights workshops, where immigrants learn about the rights they have in the U.S. MCC also has two new resources: a pen with a pullout panel and wallet-size cards that summarize immigrants’ rights when dealing with law enforcement.

If law enforcement officers confront immigrants, they can hand the officers this card, written in English and Spanish, which says they exercise their right not to speak, sign documents or allow officers to enter the house without a warrant.

Danielle Gonzales, immigration project coordinator, says she has given the cards and pens to immigrants she works with.

“It gives them more autonomy in a political climate that is out of their control,” she says. “Because of the cards or pen an immigrant can say, ‘I have the ability to say I know where I stand when someone comes to my home. I know I have rights….’”

Church leaders learn about immigration advocacy
MCC’s increased support for immigrants is not just about helping them navigate complex immigration laws and stay with family members, but it’s about advocating to change unjust laws.

MCC and Mennonite Church USA invited church leaders to come to the MCC U.S. Washington office in late February to learn how to advocate on federal immigration issues. Seventeen church leaders participated, spending one day in training and another on Capitol Hill.

Rhonda Dueck, associate pastor at North Fresno (California) Mennonite Brethren Church and a participant in the advocacy training, told the Christian Leader, a publication of the U.S. Conference of Mennonite Brethren Churches, that she and other faith leaders told legislative aides about problems current immigration policies are causing in their communities.

“The political rhetoric—that immigrants in our country are a negative influence and most are criminals—is not accurate and is actually harmful in sharing Christ’s love with them,” says Dueck. “This impacts many churches in our valley, especially many Hispanic churches.”

She says she heard a lot of frustration from the legislative aides about how difficult it is to work with other elected officials on immigration issues. “The country is so polarized right now that it is difficult for conversations to happen across the aisle. This has led me to an increased commitment to pray for our elected officials locally and nationally,” Dueck told the Christian Leader. 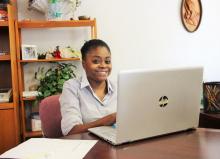 These cards and pen distributed by MCC immigration staff are practical resources that help immigrants know their rights. (MCC photo by Brenda Burkholder)