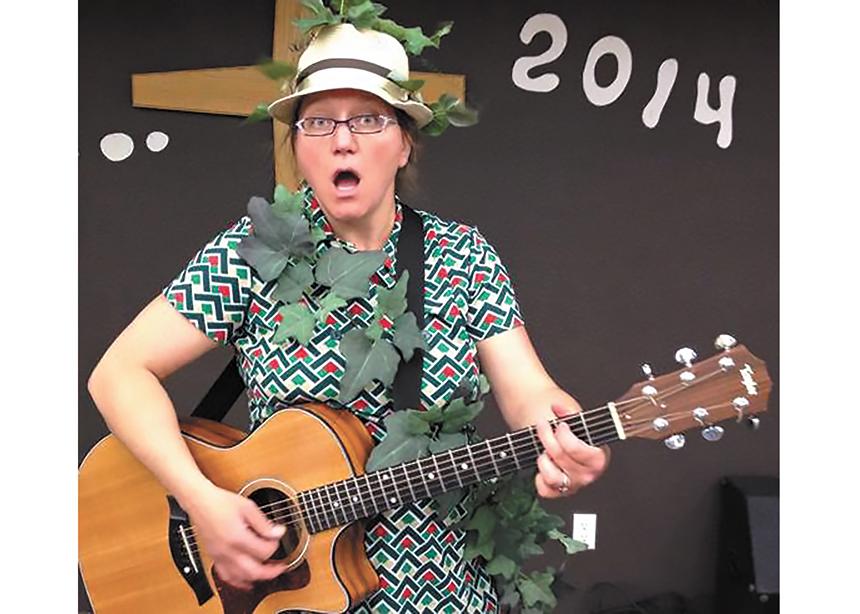 Mennonite Church Alberta is sad to say goodbye this summer to June Miller. Not only has she served the regional church as its first communications coordinator, she has also used her clowning gifts to bring joy to her congregation, Foothills Mennonite Church, as well as to the MC Alberta community.

A graduate of the Ohio Clown School and of Kent State University, with a master’s degree in theatre arts, she has always loved using her creativity to bless. After serving for three years with a Youth with a Mission drama team that travelled throughout the United States, she chose to volunteer an additional three years in Russia.

Upon return to the States, she married Pastor Chad Miller. In 2009, the family moved to Calgary, where he was to serve as Foothills’ associate pastor.

Miller, not sure what to expect in Canada, was especially nervous about Canada’s health-care system, having heard a lot of scary stories. She learned new words like “chesterfield” and posted pictures of her new home, an igloo, on Facebook for her American friends. In 2015, she finally became a dual citizen and celebrated her Canadian citizenship by promptly going to Tim Horton’s and ordering a maple-glazed donut.

The last 11 years have been full of ministry and memories. For nine years, she directed the junior-high group in Foothills’ Christmas plays. A favourite memory was when Levi Klassen learned to juggle plates for the performance. On another occasion they spoofed the Christmas song, “Deck the Halls,” singing “Fa la la la la, Falafel house!”

Miller was part of the original team that started a church ministry called WISK, which stands for Women, Intergenerational, for Seniors to Kids. Activities included cooking demonstrations, murder mysteries and strawberry teas. She also helped direct Vacation Bible School and she was part of the drive to encourage more women to attend the annual MC Alberta women’s retreat. She served on the planning committee and entertained the women as “Jungle June” for many years, as well as organizing improv games.

In the community, she worked as a theatre history instructor at Rocky Mountain College and a drama teacher at Bearspaw Christian School, where she directed the annual spring production.

Side jobs included working children’s birthday parties and even selling Tupperware while in costume as the character “Sassafrass.” She explains that “Sassafrass is an entre-manuer. She used to sell Mary Kay, but has now developed her own line called “Cow-Patti Cosmetics.” It just does wonders for your ‘pours!’ ”

Miller says that, in 2017, she finally landed her dream job as the regional church’s communications coordinator. “Leaving will be a huge loss for me,” she says. “I love being part of something bigger than myself. I was the first person to hold this position, so, for the next month, I can still say that I’m the best there has ever been. Being the first gave me the opportunity to explore, create, experiment and shape the role.”

Miller says that when she was a little girl, she dreamed of being in advertising. “I imagined creating billboards with every one saying, ‘June made that!’ ”

Now her life has come full circle, with her creating websites and media materials for MC Alberta. “I love the work and I love the people,” she says. “It’s so rare to get both.”

Brenda Tiessen-Wiens, moderator of MC Alberta, expresses how much she appreciates Miller, saying, “June is a trailblazer and will really be missed!”

According to church member Michelle Copithorne, “June is one in a million and her creative spirit is a true joy to experience. She has always brought life and humour to any of the events that she was involved in, and her inclusive and caring spirit made anyone she came in contact with feel truly valued. We are going to deeply miss her.”

On March 12, the Millers announced via email that they were moving. Unfortunately, church was closed that Sunday, so, after 11 years at Foothills, they are disappointed because they are not able to say goodbye in person to so many they have loved.

The Millers’ last Sunday serving at Foothills will be July 12. Chad has accepted a position as senior pastor at Ridgeway Mennonite Church in Harrisonburg, Va.; his position begins on Aug. 1, but they are leaving two weeks early to give them time to be in quarantine before starting their new ministry. June will look for work upon arrival. 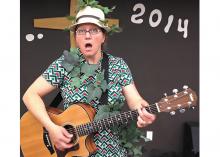 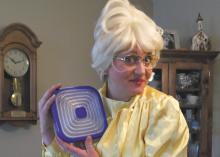 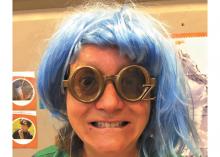