Coffee and music promote peace in the Philippines 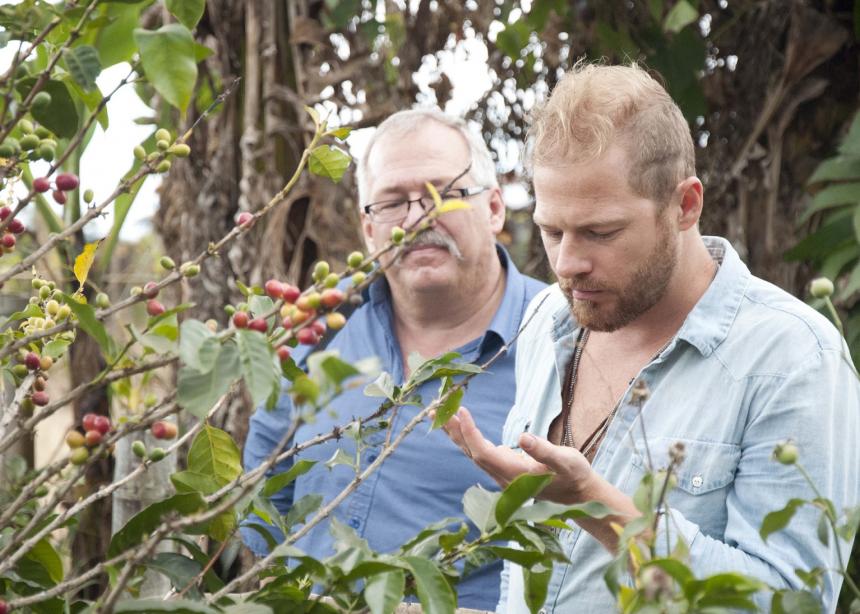 International recording artist and world traveller Matt Epp is performing at a benefit concert to support a unique peacebuilding venture in the Philippines.

In March 2015 Epp visited the Philippines in response to an invitation from Coffee for Peace, a business initiative that builds peace by empowering local farmers to raise, process and sell fair trade coffee while giving new life to denuded forest land.

He first encountered Coffee for Peace in 2014, when, during the Juno Awards in Winnipeg, Warner Music Canada brought attention to the organization’s peace building efforts.

Raised in Manitoba, Epp currently has nine albums to his credit. His latest recording Ready in Time was produced by award-winner Rusty Matyas (The Sheepdogs, Imaginary Cities). It is described by CBC Music as an album that “challenges the listener to see their world, their community, their loves with open eyes and do right by them.”

Epp said he always wanted to visit the Philippines, and touring with Coffee for Peace and taking his music there was the best possible way to do it. “If you come as a tourist, you don’t have the same welcome,” he noted in a video documentary of the trip produced for Mennonite Church Canada. “And if you come as somebody that has something to share, somebody will share with you.”

And share Epp did. He visited farmers in various regions, guitar in hand. He sang and played and also listened to his hosts’ songs and stories. In the Mount Apo region, Epp found himself in the middle of bald mountains where Coffee for Peace indigenous farmers are reforesting the area to provide shade for their coffee plants and prevent soil erosion. “It’s great to see how Coffee for Peace is reforesting it and what they’re doing with the 72 families up here,” Epp said.

He toured with Coffee for Peace founder and president, Joji Pantoja and her husband Dann. They are Mennonite Church Canada workers in the Philippines, ministering through PeaceBuilders Community Inc., under whose umbrella Coffee for Peace falls.

In Bukidnon, Epp encountered the New People’s Army zone. “It’s a little nerve-wracking when you come around the corner and there’s a military check-point with machine guns,” he said, noting some difficulty in distinguishing between armed groups in the Philippines.

“This is one of the most dangerous places for government agencies and big corporations and military,” said Dann Pantoja about Bukidnon. Despite that, anyone who comes with Joji Pantoja and Coffee for Peace can roam the region safely—a testament to the powerful impact the business has had on community and relationships.

One of the trip highlights for Epp and his hosts was a concert he performed in Tondo, the poorest community in Manila. Epp said the impromptu event was a wonderful way to see people from a variety of backgrounds come together through music—rich and poor, indigenous, Christian, and Muslim.

“There’s many different opposing and conflicting groups here, but people do want peace. You can see it. Coffee for Peace, Dann and Joji have relationships with every one of those factions, all the religious leaders, the political leaders, the rebel groups—they are friends with all of them and they have dialogue with all of them.”

The benefit concert will be on Nov. 29, 2015, at UMEI, in Leamington, Ont. For ticket information see here.

For a video about his experience, see “Matt Epp and Coffee for Peace, Philippines.”  His website is http://www.mattepp.com/music