Looking to the future of Canadian Mennonite 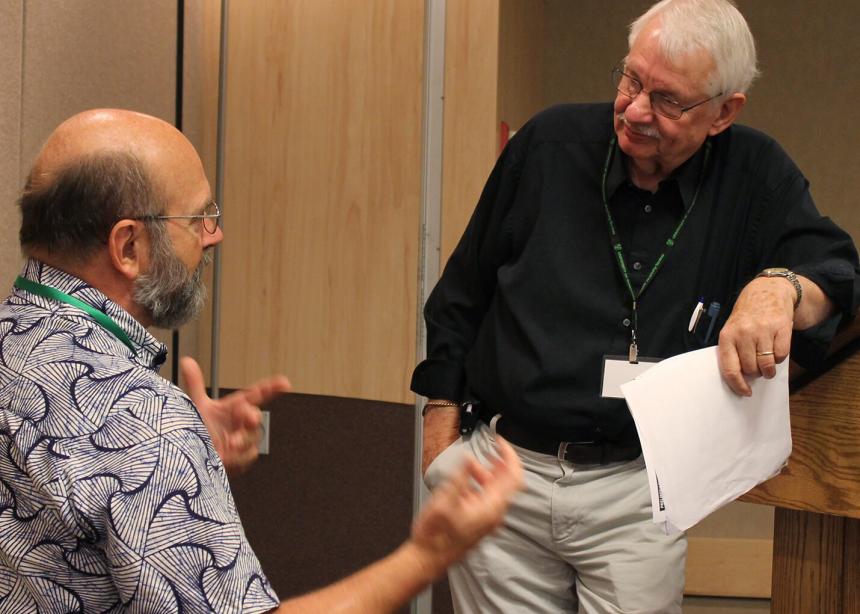 Canadian Mennonite has been around in some form or other for 62 years, and as editor Dick Benner pointed out, the Mennonite church in Canada has witnessed many changes during that time.

Speaking at a July 7, 2016, luncheon hosted by Canadian Mennonite Publishing Services, the non-profit organization that oversees the magazine and its online/social media presence, Benner pointed out that in 1953 the Conference of Mennonites in Canada was a “Christendom” church, and the issue troubling many congregations was whether to continue worshipping in German or switch to English. “Women knew their place and it wasn’t behind the pulpit,” he quipped.

Today, language is no longer an issue and women are accepted in leadership, but many Mennonite Church Canada congregations are declining in numbers while increasing in age in this post-Christendom world.

“We have become captive of our conversation about sexuality,” said Benner. “We talk less and less to each other, and more and more through Facebook. The world is ever with us in ways we had not experienced before.”

But Benner wasn’t just reflecting for nostalgia’s sake. “How does this affect Canadian Mennonite?” he asked rhetorically. The magazine enjoys a loyal readership, but 80 percent of readers are over 55 years of age. And these older readers are adamant that they want Canadian Mennonite to remain a print magazine. Yet Benner and the  publishing service’s board of directors struggle to find ways to make the publication relevant to younger readers.

Increasing the magazine’s digital presence appears to be the solution, but the web presence is not lucrative. “Neither we nor our publishers have found ways to monetize the digital publication, and advertising revenue has dropped off precipitously in past years,” said Benner.

While the future seems to be uncertain, there is one thing of which Canadian Mennonite’s editor is absolutely certain. “In these changing times, you will need Canadian Mennonite like never before. You will need us to help you maintain an Anabaptist Mennonite identity, and to be your critic as well as your cheerleader,” he said.

“The one thing I don’t see reflected explicitly [in the magazine] is any reflection about the role of inviting persons to faith in Christ,” said Tom Yoder Neufeld of First Mennonite Church in Kitchener, Ont. The Conrad Grebel University College emeritus professor said he sees stories about justice issues and the environment, but not many about what some might term “evangelism.” “Does that actually reflect the Mennonite church as it exists, or does it capture what Anabaptism means?” he asked, adding, “I think that’s a missed opportunity for Canadian Mennonite.”

Jake Buhler retorted: “I think it depends on what your definition of ‘evangelical’ is.” He added that he might read an article about healing relationships between the church and indigenous people and think, “That’s an ‘evangelical’ point of view.”

The final word went to former board member Bryce Miller. “Reporting compensation is shaped as much by absence as it is by presence,” he said. “You can’t report on what’s not happening in the church. . . . There are stories that haven’t been written because they haven’t been asked to be written.” He wondered, “What do our reflections about Mennonite life say about Mennonite life?” 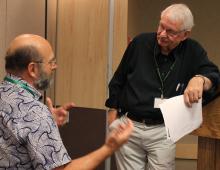