A Colombian family struggles to gain permanent residency in Canada 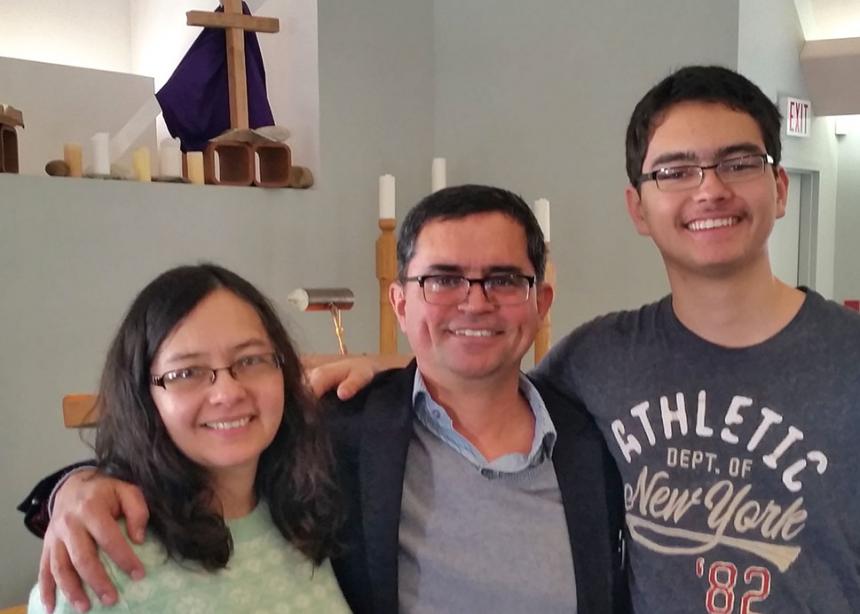 Hundreds of families in Canada live in limbo, not sure if they’ll ever be granted permanent resident status.

That’s the story for the Mata family. Jacobo Mata, who is now 17, moved from Colombia to Toronto with his mother and father when he was 4. Luis, his father, was an author and a human rights activist in Colombia. After years of working for peace and justice in their home country, the family felt their lives were in danger and sought refugee status in Canada, where the family now attends Toronto United Mennonite Church.

Jacobo received his permanent resident status early on, but his mother Diana was only approved last year. Luis is still “in limbo,” as he calls it, after nearly 13 years. “Living in this limbo is definitely a sad situation,” Luis says.

He believes it’s because of his peace and human rights work in Colombia, where he documented human rights abuses and named several perpetrators in books he wrote, and his involvement with the Patriotic Union, a democratic political party, that made him a target of the Colombian government, which calls the Patriotic Union a front for a guerrilla group.

The Canadian government took this seriously and for a while considered Luis a threat to Canada’s security. Amnesty International says Canada’s inadmissibility legislation is so wide and broad-sweeping, anybody can be inadmissible for permanent resident status.

Over the years, Luis has accomplished a lot, even just with his refugee status.

“In these 12, almost 13 years, in Canada, we have demonstrated that we can provide, share, live, produce, we can support the society,” Luis says. “We have been doing this by working and being committed to a community through volunteer work.”

Jacobo is inspired by his father and wants to do whatever he can to help him. “I love my dad, and if there’s anyone who deserves his permanent resident status, it’s him,” Jacobo says. “He’s a great man and he’s given me a great life.”

‘No lives in limbo’

The family is launching its campaign website (http://nolivesinlimbo.org) at Toronto United Mennonite to advocate on behalf of the hundreds of people in Canada—like Luis—who are stuck without permanent resident status, especially those who haven’t been as lucky to have a church family and good jobs.

Jacobo is helping to organize the campaign by making posters and coming up with ideas, which include plans for future protests.

Luis says he’s committed to Canada, and loves his life here, but feels it’s about time he gets an answer from the government. “I want to work to make this country better,” he says. “I want to get what I deserve.”

‘We speak the same language’

Some would say the Mata family is already making the country better.

“I think my job is one of the most beautiful and meaningful jobs I’ve had in my life,” Luis says. “Working with people like me who came to this country to find a place to settle . . . they’re people with skills, dreams, hopes and professions looking to contribute to society. . . . We’re speaking the same language.”

Jacobo says his family’s struggle to settle in a new country has affected his life and the direction he wants it to take. “When we first moved here, I was young,” he says. “I didn’t necessarily understand what was going on. My dad’s experience and what we’ve experienced with him, it has broadened my understanding.”

Jacobo recently applied to a program called Newcomer Orientation Week (NOW) to help young immigrants adjust to life in the Toronto School District, something he didn’t have when he began school in Canada. The pilot project started in 2007, five years after Jacobo got to Canada. “My school experience would have been much more different and less stressful with it,” he says.

Jacobo is also working with Toronto United Mennonite as it endeavours to help victims of human trafficking settle in the Toronto area. “The experience has really changed me,” he says. “I try to understand to the best of my abilities human rights and how some nations have failed to apply proper social justice.” 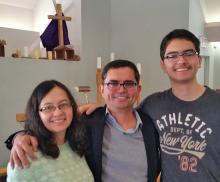 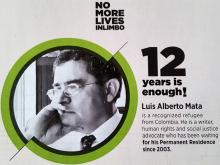 A poster from the campaign. (Photo courtesy of Luis Mata)