A life dedicated to helping others 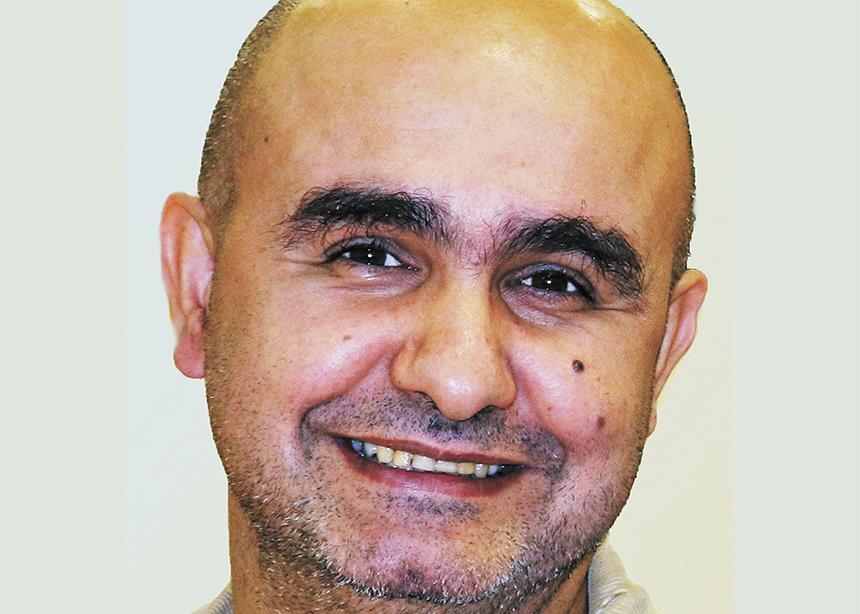 Nour Ali’s name is known in households across Manitoba because of his passion for helping people and for making the world a better place. On June 13, Ali died in a boating accident on Lake Winnipeg. He was 42.

Ali and four others were in a boat on the lake when it took on water and capsized near Bélair, Man. RCMP have said that weather likely played a factor, causing dangerous conditions from high winds and waves. Three survived, but Ali’s 73-year-old father, Hamza Ali, was killed in the accident, and Ali went missing. His body was found after five days of searching by dozens of family, friends, police officers and other searchers.

Ali made a huge impact throughout the province in the seven years since he arrived in Winnipeg. He and his wife, Maysoun Darweesh, and their two daughters, Rooj and Naya, came to Canada in 2012 as refugees, when they were sponsored by Douglas Mennonite Church through Mennonite Central Committee (MCC).

In 2006, Ali fled Syria after being taken a political prisoner for his political and human-rights work. He went to China, where his family joined him a year later. When they were unable to return to Syria, they moved to Macau. There they met George and Tobia Veith, who were Mennonite Church Canada Witness workers in Macau, and through them became connected with Douglas Mennonite.

Although Ali identified as agnostic and didn’t become a formal member of the church, like Darweesh, he had many friends in the congregation, says Don Rempel Boschman, Douglas Mennonite’s senior pastor.

The whole family became Canadian citizens in 2018, and Ali was very proud to be one.

Rempel Boschman says, “For him, being Canadian meant that a lot of cultures and a lot of faiths were welcome here, and he worked really hard at making connections.” This was clear at the graveside service for Ali and his father, which included Islamic prayers, Christian prayers, and a smudge and prayer song by an Indigenous elder.

Ali treated the chance to come to Canada as a gift and he dedicated his life to making sure as many other people as possible could experience this gift too.

He created the Kurdish Initiative For Refugees Inc. (KIFR) and, through it, he and Darweesh started a summer day camp for newcomer children in 2016. Hosted at Douglas Mennonite, the program also created opportunities for Syrian young adults to develop leadership skills as they led the camp.

KIFR has sponsored hundreds of refugees over the years, often through a partnership with MCC.

“He’ll be missed as a champion for newcomer opportunity, for refugee sponsorship,” says Darryl Loewen, executive director of MCC Manitoba.

Loewen says that a quick scan through well-wishes on social media reveals that Ali’s network of connections reaches wide. “You just know from Boissevain to Steinbach and beyond . . . wherever sponsor community groups who have been active through MCC, wherever they are, they know Nour.”

Ali was full of life and energy. He met with politicians about refugee and minority rights, arranged rallies and spoke in schools. He did translating, took people to the hospital and helped arrange weddings.

“Nour, he was in the driver’s seat,” says Hadji Hesso, a clo se friend of Ali and the director of the Yazidi Association of Manitoba. “He drove the community, the Kurdish community and the Syrian community. And definitely he was an ally and he was a good friend of the Yazidi community. Ali led by example.”

He adds, “One of the families that did not have a place [to live], he went out there, he made sure he doesn’t come back home unless he finds a house for this family.”

By 2017, Ali had started his own business called Thank You Canada, which did restoration and renovation work. His goal was to hire refugees and newcomers, to help them build their skills and to adjust to working in Canada.

“Nour was the kind of person who could always dream big, and he accomplished a lot,” Rempel Boschman says. “What I said in my sermon [at the funeral] was, in some ways for the Syrian community he was like a Moses. He was providing leadership when they had gotten out of a very difficult situation, but, like Moses, he wasn’t a perfect man . . . .”

Despite his mistakes and flaws, Ali will be remembered as a tireless advocate for refugees and a strong presence in many communities.

“We are so incredibly proud of you, and you have changed so many lives and impacted so many people that your work won’t go away,” said Ali’s daughter Rooj at his funeral. “Because you have left a legacy behind and you’ve changed people’s lives . . . everyone will be eternally grateful for it.” 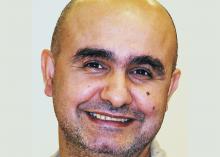