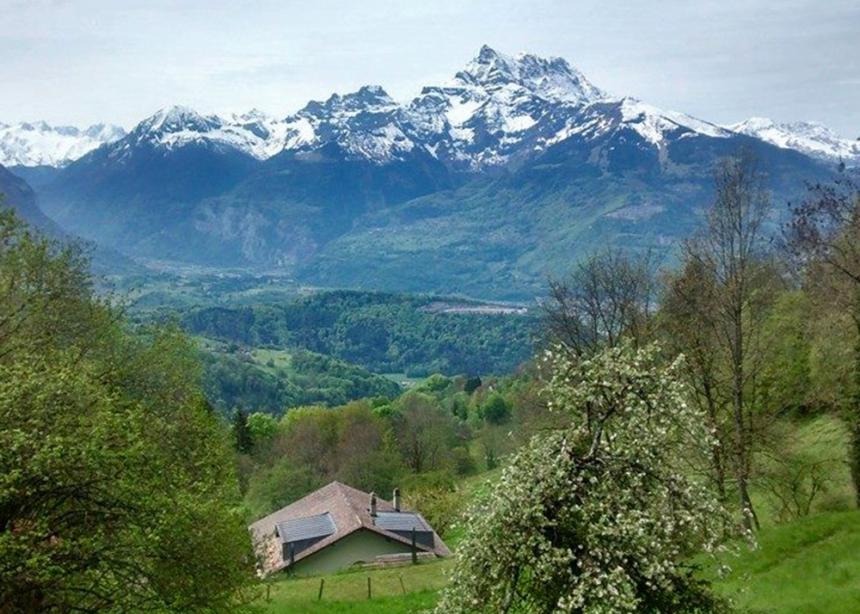 When Tasha Janzen thinks back to her time in Switzerland last year, learning the importance of life balance is one of the biggest things that sticks out for her.

The Abbotsford, B.C., resident travelled to Huémoz, a small village surrounded by the Swiss Alps, in May 2014. She spent two weeks living at the Swiss branch of L’Abri, a Christian ministry with locations around the world, where people come to work and grow in their faith through independent study.

Janzen heard about the program from an older student during the year-and-a-half she spent studying at Columbia Bible College in Abbotsford. “He spoke about it and I knew I had to go,” says Janzen, who turns 21 at the end of June.

Days at L’Abri are typically divided between a half-day of study and a half-day of helping with practical work such as cooking, cleaning and gardening. Started in 1955 by the late Francis and Edith Schaeffer, L’Abri takes its name from the French word for shelter.

Janzen says that L’Abri’s emphasis on the balance between form and freedom—schedules/work and sabbath/rest—was refreshing. She explains this as having a schedule and being diligent when it is time to work, but being at peace when it is time to stop working. It also means finding meaningful ways to spend one’s time when work is over.

“When doing garden work, you do as much as you can in the time you have, but when it’s dinner time, you go to dinner,” Janzen says. “There are times when deadlines are important and you need to get things done at your job, but really trying to find the balance between the form and freedom is important.”

She admits to struggling with life balance prior to her time at L’Abri. “I learned not to say yes to everything and then get stressed out with so much on my plate,” she says. “It allowed me to see the freedom in the times of busyness, and also the importance of doing things that are actually rejuvenating, like reading a book or playing music.”

It’s a lesson that has proven useful this year, as Janzen has been balancing a variety of different commitments. She recently completed a one-year program in hospitality and event planning at the University of the Fraser Valley, which included a practicum at Menno Place, a faith-based residence for seniors in Abbotsford.

Janzen recently was hired to be an event coordinator with the African Children’s Choir, a humanitarian effort that raises funds for a variety of initiatives across Africa. Janzen also works as the director of operations for Rock the Valley, an organization that aims to foster a live music culture in the Fraser Valley.

Through her work with these organizations, Janzen is able to combine her interests in music and event planning, interests that were cultivated at Emmanuel Mennonite Church in Abbotsford, the congregation she was born into and raised in. Her involvement at Emmanuel began at an early age, when her grandmother paid her $5 to play piano during the offertory.

“I’m very glad she did, because I wouldn’t be where I am if she hadn’t,” says Janzen, who would go on to join, and eventually lead, one of the church’s music teams. “Being involved in the local church is just something that I’ve always seen, especially in my family.”

Her father did sound, her mother led worship, her grandmother helped cater church functions and her grandfather was on the maintenance team.

“I’ve been surrounded with it in my family, and I’ve been encouraged to [get involved],” she says.

Janzen recently began attending Bethel Mennonite Church in Langley, B.C., and is looking forward to getting more involved in the congregation as time goes on. As she adjusts to a new job and getting involved in a new church, Janzen will take with her the lessons she learned at L’Abri last year.

“Over time, I have grown to be able to look at a busy schedule as a life full of opportunities and blessings,” Janzen recently wrote on her Red Piano Rhapsody blog. “For that, I give my Lord, and his work in me through L’Abri, full credit.” 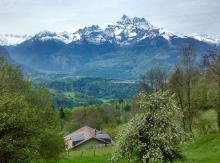 The view at the L’Abri branch in Huémoz, a small village surrounded by the Swiss Alps. Janzen spent two weeks there last year. (Photo by Tasha Janzen) 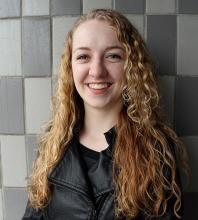 An accomplished musician, 20-year-old Tasha Janzen first got involved in her church as a child when her grandmother paid her $5 to play piano during the offertory. (Photo courtesy of Tasha Janzen) 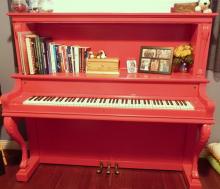 The red piano in Janzen’s room represents the importance of music in her life. It also inspired the name of her Red Piano Rhapsody blog. (Photo by Tasha Janzen) 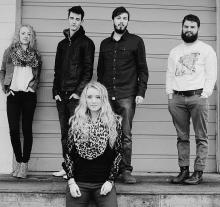