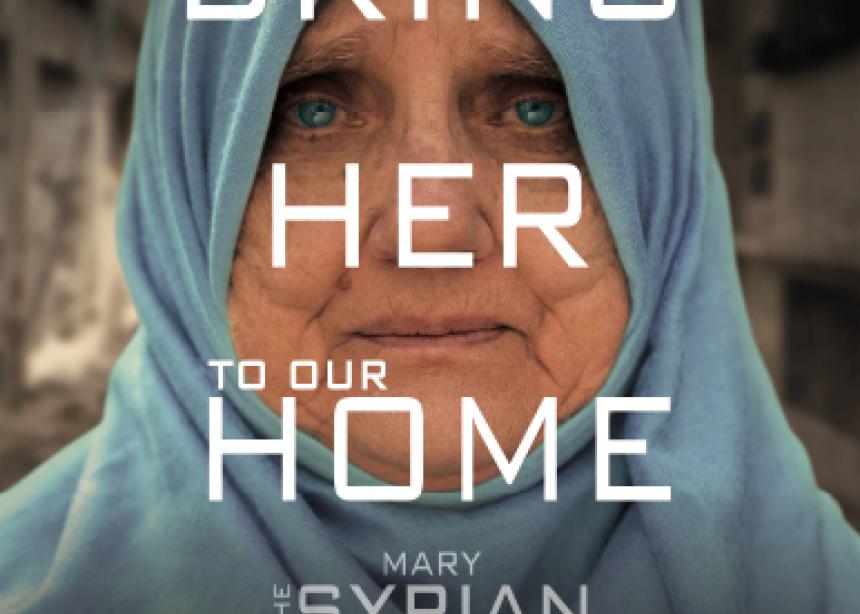 For years, Leon Kehl of Floradale (Ont.) Mennonite Church, has been working to build understanding and friendship between Christians and Muslims in Waterloo Region.

Long before the media carried stories about the flood of Syrian refugees trying to reach Europe, he was concerned about Syrians forced from their homes due to violence. He spearheaded the organization of a refugee sponsorship fund at Mennonite Central Committee (MCC) Ontario, and recently began a social media campaign to encourage Canadians to ask for a change in policy so that Syrian-Canadians can sponsor their family members to escape the war in Syria.

After Floradale Mennonite paid off its mortgage early in 2014, the rural congregation used subsequent estate gifts to establish a Generosity Fund. The first disbursement went to help Mennonite women from Asia travel to Mennonite World Conference assembly. In March, Kehl took on the position of chair of the missions commission at Floradale, and he soon had a new proposal for the Generosity Fund.

Floradale Mennonite last sponsored a refugee family about five years ago. It was challenging, partly because it is better for the family to be settled in a city, closer to others of their language and culture, but also because it made for long drives for the supporting volunteers. Kehl was aware that there are groups within Waterloo Region willing to do the resettlement work, but who need financial help. When he proposed that Floradale give $20,000 per year for three years to MCC Ontario to kick-start a refugee sponsorship fund, the congregation agreed.

Kehl then worked with a team from MCC Ontario to establish this refugee fund that would give financial help to groups willing to do the resettlement work. MCC Ontario has added $10,000 to the fund and other individual donations have increased the amount available to support refugee sponsorships.

A local church has been approved to receive the first funds, but it has waited in vain for the refugee family to arrive. The family was expected in July and an apartment was rented, but at the end of September the family still hadn’t arrived. Kehl said he finds the slow pace at which refugees are arriving in Canada discouraging.

Because Kehl has so many Muslim friends and acquaintances, he has been attending some of their fundraising efforts and religious celebrations. One event that touched him deeply was the tearful request of a young girl whose grandmother is trapped in Syria. Her home was destroyed by the war and her family fled, but she is too old to attempt the dangerous journey to Europe. Like other Syrian-Canadians, this girl’s family is desperate to help their family member, but the present policy of Canada does not make family reunification possible.

Not knowing what to do, Kehl finally began a social media campaign to bring attention to people like this grandmother who have family in Canada more than willing to sponsor them. Using a take-off on the publicity for The Martian movie, Kehl made a poster that says, “Bring her to our home,” and is asking people far and wide to spread the word on social media that they support Syrian refugees.

Kehl took his own mother to visit the Syrian-Canadian family whose daughter had asked him for help. Because there was a risk that the grandmother would be killed if the family was publicly identified, Kehl’s mother agreed to be the face on the poster. He hopes his mother’s face will be seen far and wide so more people will agree to support Syrian refugees. 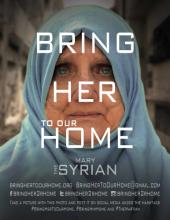