For Julia Klassen, recovering from anorexia nervosa is an ongoing process 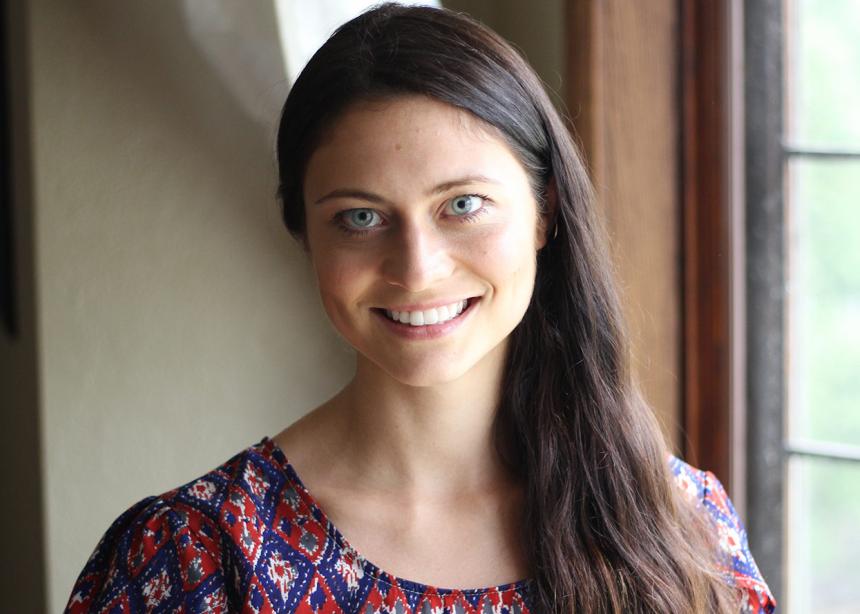 When she was admitted to hospital at the age of 14, it didn’t take long for doctors to diagnose Julia Klassen with anorexia nervosa. She displayed all the classic symptoms: a fear of gaining weight and a strong desire to be thin. She was malnourished, the result of restricting her eating for three months.

Klassen’s journey with anorexia began at the start of Grade 9. Something shifted in the Winnipegger’s thinking and feeling, leading to low moods. She was having trouble finding where she fit in at school and she became painfully self-conscious, in part because of the effects of puberty.

As a means of coping, she began restricting her eating. When she felt powerless to change everything else around her, food was the one thing she could control. “That’s one thing I could really succeed at, and no one could take away from me,” the 29-year-old recalls. “It became a source of feeling good about myself.”

The high value that the media places on being thin and looking good was a trigger for her anorexia. “You’re very much given messages of how it’s acceptable to look, and I really took that to heart,” says Klassen, who was a healthy weight for her age before her eating disorder began. “I really started to believe that my value had to do with a thin body rather than anything else.”

She was in the hospital for three months. During that time, she was diagnosed with depressive moods and anxiety and was prescribed antidepressants that she would use for the next 10 years. When she left the hospital, she was back to a healthy weight, but the stay had done little for her mental outlook. The depression and anxiety were still there, and she began restricting her food intake again almost immediately.

“Because I didn’t have the skills to cope with my emotions, I went back to what I knew,” she says. “Even though it cost me so much, I didn’t want to let go of my eating disorder.”

Within a few months, she was back in the hospital. It was a shorter stay, followed by an outpatient day program that included group counselling sessions. She left the day program with a strong desire to get back to the normal life of a teenager. But at the same time, she was having trouble letting go of her eating disorder.

Asked when it was that she finally did let go of her anorexia, Klassen doesn’t pinpoint a specific time. “I came to realize that letting go isn’t something that I do once and for all, it’s something that has been incremental over the years,” she says. “It’s not one decision, but a series of choices and decisions.”

“Even though the hospitalization sounds like the most intense part of my eating disorder, it was actually the years that followed that were probably the hardest, even into my early 20s,” she adds. “Once you get so entrenched in it, even if you want to let go of it, it doesn’t want to let go of you for a long time.”

Counselling has played a key role in Klassen’s recovery. When she was 18, she began seeing a counsellor on and off for a decade. At first, their sessions revolved around unpacking societal standards for beauty, finding healthy ways to cope with difficult emotions, and learning to view exercise as something fun to do so that one can feel good, rather than viewing exercise as a means of punishing oneself for eating. As the years passed, the things Klassen and her counsellor talked about evolved, depending on what stage of life Klassen found herself in.

Klassen’s faith has also been an important part of her recovery. “The hardest part of having an eating disorder is feeling unacceptable—you’re not accepting yourself and you don’t feel accepted by others. Once I accepted that God’s love for me is unconditional, that was really powerful,” she says.

While she felt distant from God when her eating disorder began, Klassen can now trace God at work through her family and friends, her counsellor, and her faith community at Douglas Mennonite Church. It was these things that carried her through the most difficult times in her journey with anorexia.

Today, Klassen feels good, but her eating disorder is something she will always have to keep in check. The advantage she has now is knowing how to give voice to difficult emotions and how to manage them in healthy ways.

She has been married for four-and-a-half years. She and her husband Ryan have an eight-month-old son named August. She is a social worker and part-time fitness instructor who completed her 16th half-marathon earlier this month. She is also a talented singer-songwriter who occasionally leads worship at church.

It’s a life that she couldn’t have imagined for herself when her anorexia began.  “At 14, I don’t know that I would’ve believed that I would get married and have a little boy, and that eating disorder stuff would take up such a small, if even existent, part of my life,” she says, concluding, “I’m doing well.”

Eating disorders: How to help

How do you talk to a loved one you suspect might be suffering from an eating disorder? A compassionate, nonjudgmental approach is key, says one expert.

“Share what you’ve noticed and show that you care,” says Lori Peters, program coordinator for the Provincial Eating Disorders Prevention and Recovery Program at Women’s Health Clinic in Winnipeg. “Try not to blame or judge. . . . Let the person know you’re there to support them.”

Women’s Health Clinic has a website, EatingDisordersManitoba.ca, that is an excellent resource. The website lists facts about the different kinds of eating disorders, as well as the physical signs and symptoms, and what people suffering from an eating disorder may feel and believe.

The website also includes a “Frequently Asked Questions” section, a resource section and information on where everyone from children to adults in Manitoba can get help.

Peters encourages anyone outside Manitoba to visit the National Eating Disorder Information Centre online at nedic.ca for a resource directory that lists treatment programs across the country.

“It’s really helpful for people to understand that eating disorders develop as a coping strategy for dealing with life’s difficulties and challenges,” Peters says. “If we can look at eating disorders as that, we can develop more compassion for why these behaviours develop.”

She adds that in a culture that praises thin bodies and weight loss, it’s important to celebrate the fact that beautiful and healthy bodies come in all shapes and sizes.

“All of us have a responsibility to pay attention to our own behaviour and attitudes when it comes to food and weight, so really reflecting on the judgments that we have about ourselves and others is important,” Peters says. “As we work [toward] making peace with our own bodies, we can build an environment that’s going to support people who are recovering from eating disorders.”

When people with eating disorders first seek help, they sometimes wonder if they can even get better. Peters wants people to know that yes, recovery is possible. “It requires a lot of work, but it does happen,” she says. “We see it all the time.”

See more in the Focus on Mental Health series:
On becoming a better person
Walking toward wellness
Shimmering peace in the midst of darkness
Healing for soul and spirit
Mental health and ‘having faith’
Being the church in an age of anxiety
When mental illness drops in at church
Students find relaxation through ‘puppy therapy’ 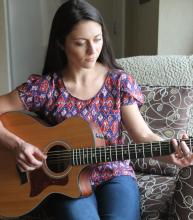 Music has played an important part throughout Julia Klassen’s journey with anorexia. She began writing songs around the time she was first diagnosed. (Photo by Aaron Epp) 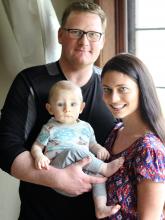 Julia Klassen with her husband Ryan, and their eight-month-old son, August. (Photo by Aaron Epp)