Learning from the ‘teachers of trust’ 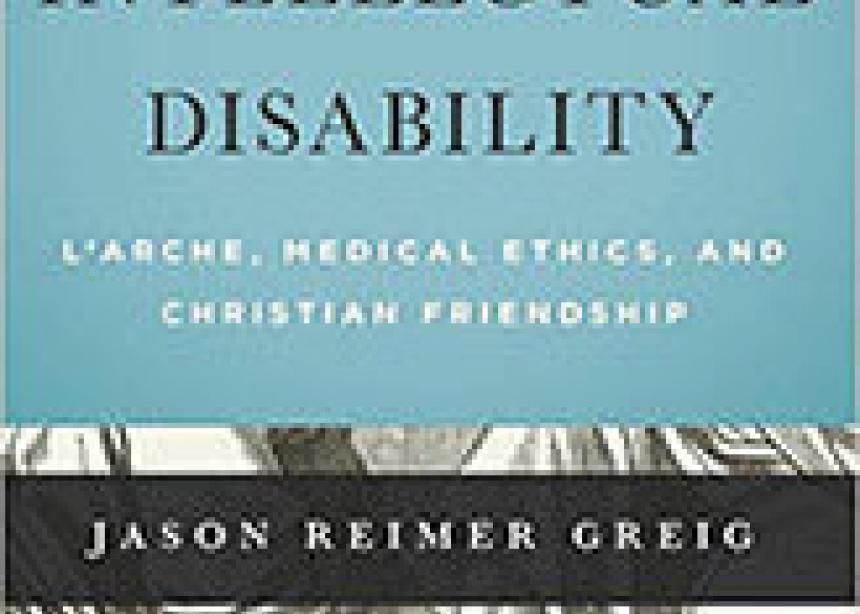 As Jason Reimer Greig addresses this question, he explores the meaning of life. He argues that, while modern society has come to value independence and an absence of suffering, Christians should have a different worldview, one in which everyone is valued, regardless of his or her limitations. Although Greig does not mention right-to-die legislation, his comments could also be applied to that discussion.

A 2014 graduate of Anabaptist Mennonite Biblical Seminary in Elkhart, Ind., Greig spent many years supporting people with intellectual disabilities as part of an organization called L’Arche. He was shocked when he heard about a severely handicapped girl who received interventionist treatment to avoid puberty and to keep her body small. He believes that Christians should not think of disability—or even suffering—as a problem to be solved. He argues that life is a gift, not a possession, and a body is more than a container for the self—it is an essential part of personhood. The church, as a community, should extend hospitality and friendship to everyone, because that is what faithfulness to God is all about.

Citing the work of a variety of philosophers and theologians, Greig declares that since the Enlightenment modern humanity has come to believe the mind is more important than the body. Along with the idea that the body is little more than an object or a machine, has come a deep fear of dependence on others and an abhorrence of suffering. Independence, autonomy and self-realization are the things society values. But this attitude poses a real problem for people with cognitive impairment, for it suggests they have no value and are virtually subhuman.

The Christian church should have a different view of life, says Greig. Our bodies are gifts, not possessions. The church is more than a group of autonomous individuals who choose to meet together on Sunday mornings, but, instead, is a community of the friends of God. In fact, we have much to learn about the theology of dependence on God from those who humbly accept their own vulnerability. The important things in life are not competition and achievement, but, rather, love, friendship and community.

Greig also explains the vision and philosophy of Jean Vanier, the Canadian founder of L’Arche. “Vanier sees in the Christian story the antithesis of late modernity’s belief in life as a process of moving from dependence to independence,” he writes. “The truth resides in the fact that we receive our lives not alone, but through one another.” Like Vanier, he believes that personhood is not a possession, but is a gift from God and from others. Receiving graciously is something those who are intellectually disabled can teach us, Greig says, calling them “teachers of trust.”

Passionate about his subject matter, Greig presents good arguments about bioethics and why the worth of a person goes far beyond their ability to make choices. It is not always an easy argument to follow, however, as Greig uses complex language and some of his ideas are philosophical and complicated.

Although it is not an easy read, this is an important book. As our society struggles with questions about medical intervention and end-of-life issues, Greig calls us to be faithful to God, and reminds us of the importance of community.