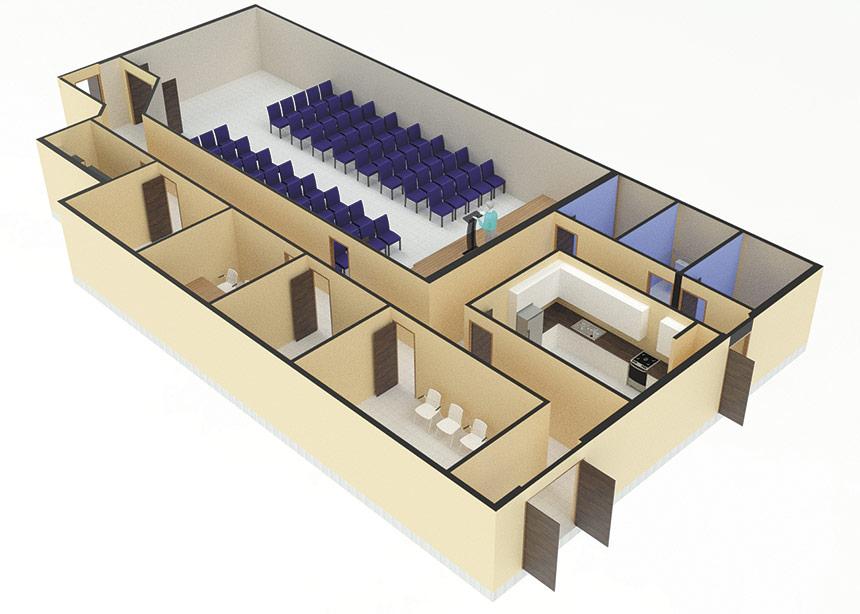 A 3D rendering of the new Calgary Chin Christian Church that the congregation hopes will be renovated in early 2021 for worship services.

Church discernment and decision-making can be challenging at the best of times. Making critical decisions about the purchase of property in the midst of the COVID-19 pandemic is monumental.

For the congregants and leaders of Calgary Chin Christian Church in Alberta, the culmination of their dreams for the purchase of a church home landed right in the middle of uncertain times. The church has deep investment in this dream, stating on its website, “Choosing where you and your children will learn the things of God and serve the Lord Jesus Christ have eternal ramifications.”

An application to Mennonite Men’s JoinHands program became a critical step in securing the financial resources to make this project viable for this relatively small congregation. As a board of Mennonite Men that met virtually in April, the consideration of this congregation’s request for a grant was primary on its agenda.

The board chose to provide a grant of $40,000 (all funds in US dollars) to assist the Calgary Chin congregation in pursuit of its dream. With the support of Tim Wiebe-Neufeld, the executive minister of Mennonite Church Alberta, and the thorough documentation provided by the congregation, the board gave unanimous support to this grant approval.

Calgary Chin Christian Church began in mid-2010 and became part of MC Alberta in 2013. The congregation currently rents basement space in another church building, with limited space and time available for their activities. The goal as a congregation is to celebrate its 10th anniversary as a gathered community, with the opening of its newly renovated worship space in early 2021.

Inviting men to engage in their faith through giving, the JoinHands program is one of three initiatives of Mennonite Men. In the past three years, it has funded eight grants totalling $217,812, to help new churches acquire their own permanent meeting places in North America and overseas. This has been a substantial increase funded by individual gifts, churches tithing new construction projects, and, more recently, an estate gift.

Mennonite Men is the men’s organization for MC Canada and MC U.S.A., with a mission of “engaging men to grow, give and serve as followers of Jesus.” 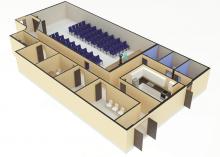 A 3D rendering of the new Calgary Chin Christian Church that the congregation hopes will be renovated in early 2021 for worship services.