Jesus isn’t talking to you

The real audience of the Sermon on the Mount 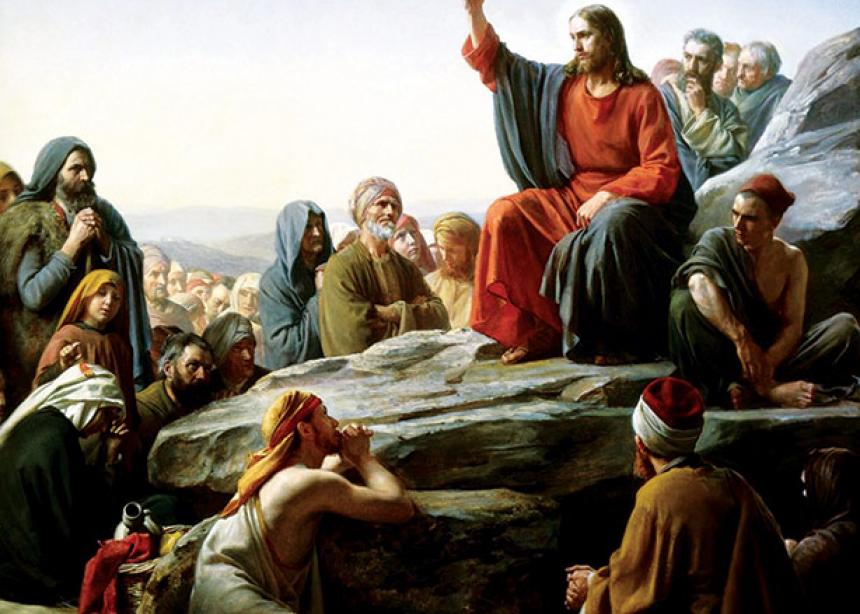 “Ask and it will be given to you; seek and you will find; knock and the door will be opened to you. For everyone who asks, receives; the one who seeks, finds; and to the one who knocks, the door will be opened. Which of you, if your son asks for bread, will give him a stone? Or if he asks for a fish, will give him a snake? If you, then, though you are evil, know how to give good gifts to your children, how much more will your Father in heaven give good gifts to those who ask him” (Matthew 7:7-11).

Receiving everything we ask for is scandalous in an age of con­sumerism. But perhaps Christ’s Sermon on the Mount isn’t addressing me and my family, whose material needs are thankfully satisfied. Perhaps he has someone less privileged in mind. This subtle shift significantly changes the meaning of the sermon; suddenly Christ isn’t talking to me and mine when he says, “Ask and it will be given to you.”

Christ’s introduction to his sermon lends itself to this interpretation, making it clear that only those who aren’t abusing their power can follow Christ’s teachings: “ ‘For I tell you that unless your righteousness surpasses that of the Pharisees and the teachers of the law, you will certainly not enter the kingdom of heaven’ ” (Matthew 5:17-20).

Assuming the Sermon on the Mount’s intended audience is the weak and the suffering is a helpful exercise in bringing new meaning to light. In The Powers That Be: Theology for a New Millennium, Walter Wink takes a similar position in his inter­pretation of Christ’s instructions on turning the other cheek and walking an extra mile (Matthew 5:38-42). He argues that these teachings don’t advocate for passivity in the face of injustice, but, instead, are a call for nonviolent resistance.

Wink explains that striking someone on the cheek was a way a slave-owner, Roman soldier or husband might humiliate an “inferior.” Simplifying Wink’s argument, we could say that offering the other cheek is one way “inferiors” can assert their humanity. Turning the other cheek implies that the persecuted are human beings with agency who will not merely conform to the will of a master. By asserting the other cheek, the “inferior” challenges the humility that accompanies the abuse.

Christ’s teaching to walk two miles when pressed into service to walk one is probably the clearest example of Wink’s argument. During Rome’s occupation of Israel, Roman soldiers regularly forced the poor to carry their heavy packs. By law, however, the soldiers were not permitted to compel anyone to walk more than one mile. Jesus’ audience would know that soldiers could be arrested for breaking the law. Jesus, then, isn’t arguing that his audience should suffer the violence of an oppressor passively, but rather should resist injustice in a way that doesn’t replicate the harm.

The wealthy and powerful, ignorant of the daily grind of the lower classes, would struggle to comprehend the meaning of these teachings. Wink’s insight, therefore, lends further support to the assumption that the Sermon on the Mount addresses—and is more easily understood by—the weak, oppressed and underprivileged.

The illustration used by Christ in the section of the Sermon on the Mount entitled, “Ask, seek, knock,” reinforces the argument further. In his example, it’s a son asking a father for bread, not the other way around. I would be uncaring if I expected my toddler to provide me with my daily bread. By necessity, children need to ask, discover and knock. These activities require a level of humility and neediness often absent in the life of the powerful. The oppressed, like children, are better equipped to understand Jesus’ message by virtue of their position as oppressed people.

When you have wealth and power, if you want something, you buy it; if you’re hungry, you order takeout; if you’re bored, you take a trip. As a white male, this is my privilege.

In Christ’s vision of the kingdom of heaven, though, there’s lots of asking, seeking and knocking. In the coming kingdom of peace, everyone who asks will receive, who seeks will find, and to the one who knocks, the door will be opened. It’s just that for some in the current kingdom, there’s never been a need to ask or search or knock because they’ve always had everything they ever wanted.

So, to the powerful and the privileged like myself: If you’re going to follow Christ, if you want to understand his teachings, you need to find ways to live in solidarity with the weak and the powerless. Either you’re on the side of the oppressed or you’re the oppressor. There’s only room for one of these groups in the coming kingdom of peace. 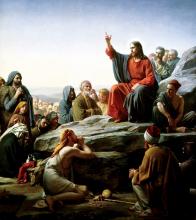