A story of intergenerational friendship 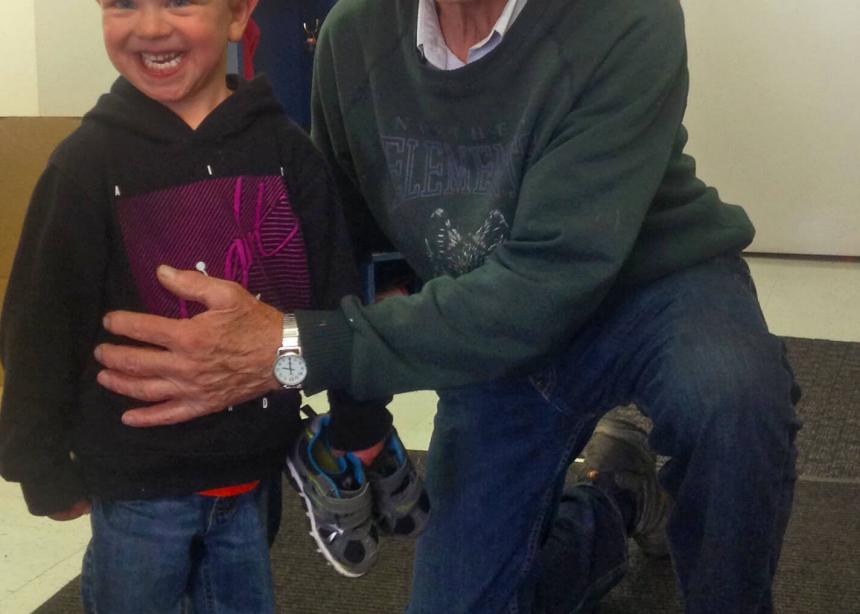 George and Jake are great friends

George, 3, is a child who attends Southview Child Care, located in the First Mennonite Church building. Jake Baergen is a member of First Mennonite and 77 years George’s senior.

Jake can often be seen on the church grounds operating the riding lawn mower, pruning trees and doing other odd jobs. George loves machines of all sorts: tractors, diggers, dump trucks and any other industrial vehicle. The first time George saw Jake mowing the lawn, he was entranced as Jake went around and around on the mower.

One day, Jake got off the mower and George was so excited to meet the “guy” who operates the machine. Jake introduced himself to George and that was the beginning of their friendship. Whenever Jake is around, George can be seen talking about “Jake” and wanting to know what Jake is doing that day. George likes to watch Jake doing anything and, truly, Jake is his hero.

One day during lunchtime an early learning educator said, “George, drink all your milk so you can be big and strong like Dad.” George responded, “No, like Jake!”

Another day, George was so excited to see Jake that he jumped up and down so hard that his pants fell down around his ankles.

If you ask George what he wants to do when he grows up, he says, “Jake.”

At nap time, if George hears the mower starting up, he’ll say, “Jake’s mowing the grass.”

If Jake isn’t around, George will comment, “Jake went home,” or, “Jake’s having lunch.”

George did not say much when he started at Southview, but his relationship with Jake has made him quite the conversationalist. George now uses full sentences and will discuss Jake and what he does at length, something George couldn’t do before. Their friendship has helped George’s language development blossom more quickly than anyone could have imagined.

George’s parents comment that often he speaks fondly of Jake at home and describes what he does. He talks about all the jobs he sees Jake do around the daycare centre.

Fran Aarnoutse is the director of Southview Child Care, which is owned and operated by Edmonton First Mennonite Church. 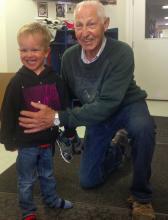 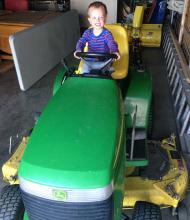