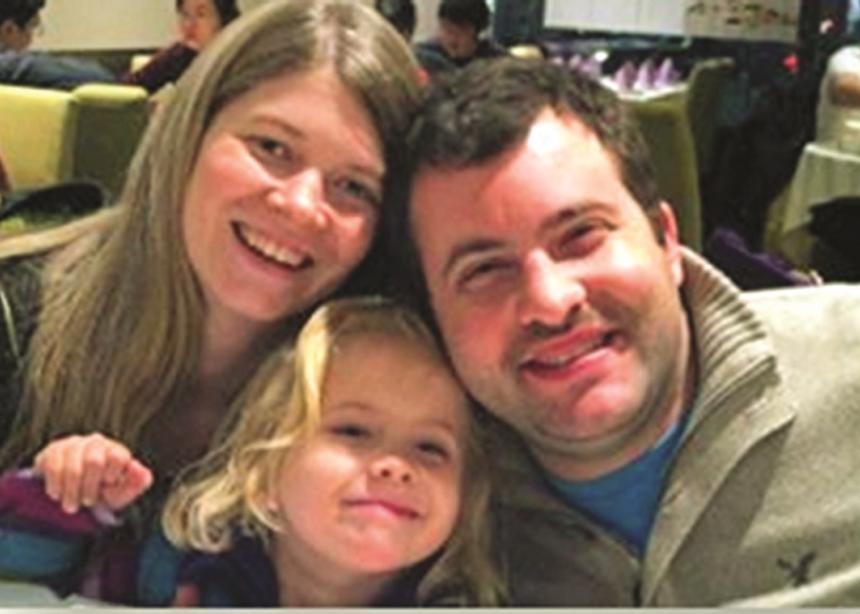 Their struggles began when Billy lost his job during the recession. At that time, Good was a stay-at-home mother. Both of them had student debt and neither could find full-time work with benefits. They decided to go back to school, even though none of their family members were able to support them financially.

“It was a choice between OSAP [Ontario Student Assistance Program] and welfare,” Good explains.

The couple were so desperate that they put their house up for sale. They didn’t have first- and last-month rent to pay for an apartment, and going back to school seemed foolish to many people.

“We realized that if we went back to school, we would have hope for the future,” Good says. “We would be better role models for our daughter.”

Good managed to get through her master of divinity degree at the University of Toronto’s Wycliffe College theological seminary thanks to a generous Mennonite Church Eastern Canada grant in her first year, and scholarships and bursaries in her second.

But everyday living expenses and the thought of one day having to pay off an incredible amount of debt were significant stressors for the Goods while she was working on her degree.

“I remember one month we were late getting our rent and were considering going to the food bank,” she says. “We also really needed a new snowsuit for our daughter. There’s a real sense of shame and stigma about poverty. I think it’s important for me to talk about it so people feel less of a sense of shame.”

The Goods are not alone in their struggles. According to Statistics Canada, 10 percent of Canadians live below the poverty line. Minimum-wage jobs barely cover basic needs, and even jobs that pay a “living wage” sometimes don’t cut it.

According to the Living Wage for Canadians Campaign, a living wage is the hourly amount a family needs to cover basic needs such as food, clothing, shelter and transportation in their region. In British Columbia, a living wage is $20.10 per hour, almost $10 more per hour than minimum wage. A living wage is a bare-bones calculation and doesn’t account for additional expenses such as a credit card, debt and interest payments, or owning a home.

Good and her family don’t own a home, and they are wracked with student debt. They are accumulating more as Billy works on his law degree at the University of Windsor.

The recession and unemployment rates are affecting people in Mennonite churches and beyond, so some organizations and churches are taking steps to support them. Some Mennonite churches have emergency funds for the neediest in their congregations. They can lend them money to pay rent, buy groceries or fill prescriptions.

Mennonite Savings and Credit Union is also working to support the needy. According to Pamela Fehr, the vice-president of marketing, one of the Credit Union’s newest initiatives involves partnering with local organizations to find ways to support impoverished people who are stuck in the “vicious cycle” of payday loans. The idea came about after a collaborative brainstorming day when financial institutions, social services organizations and community representatives came together to talk about practical solutions to financial problems.

“We hope to build a solution to help break the cycle, so we can support them in moving above the poverty line,” Fehr says.

But Good says families like hers sometimes slip through the cracks. Student loans at MSCU have a cap of $26,000, in order not to overwhelm people with debt, but the ceiling would barely get Billy through one year of law school.

She also says many people aren’t aware of the implications of socio-economic differences. “Sometimes we didn’t have the $9 that it costs to get to and from church on public transit,” she says. “That’s something that’s not easily apparent in my church community. I’m grateful for the help we’ve gotten, but there needs to be more done.”

This coming month, the Goods will likely have to start paying off their student loans. Alicia says the monthly payments are as much as mortgage payments. While they have managed to get above the poverty line, their struggles are far from over, she says. 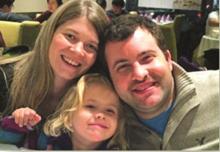