An Indigenous woman’s journey and advice to Mennonites

“Don’t be afraid to ask questions” 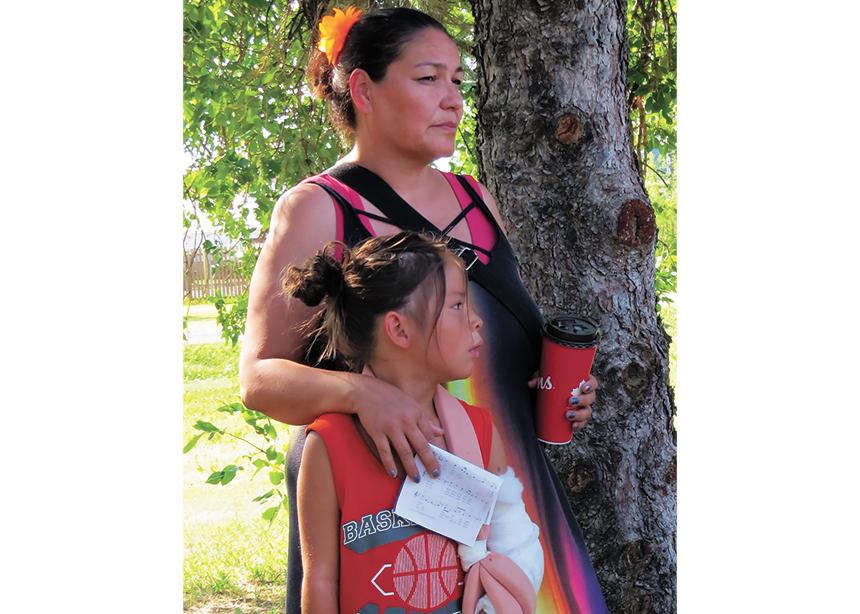 Tree Bird stands with her youngest son, Morrison, at the memorial service held by Osler Mennonite Church in response to the findings of unmarked graves at residential school sites. (Photo by Susan Braun)

She was born Danielle Dubois and placed in foster care at age three. She stayed in five different foster homes until, shortly before her fifth birthday, the Loewen family adopted her and gave her a new name.

Now known as Theresa Loewen, she grew up on a farm west of Saskatoon and says she “was immersed in the Mennonite world.”

During her senior year at Bethany Bible Institute in Hepburn, Sask., her birth mother came to visit her.

She then studied music at Wilfrid Laurier University, living on campus at Conrad Grebel University College in Waterloo, Ont. During those years, her adoptive mother was diagnosed with cancer. She made trips home to visit her mother and also to connect with her birth mother.

Trained as a classical musician, she travelled and performed for 10 years with symphonies and choirs while working retail jobs to make ends meet. Eventually she enrolled at the University of Saskatchewan to study music education.

As a single mother of four pre-teen sons, she now lives in Osler and is known as Tree Bird. She also has a Cree name, Kwyask Kapimoteht Ispimihk Kihew, which means “Good Walking Eagle Woman Walks Above.”

Her sister, who had married into the community, invited her to church, and Bird says that’s where “I met some amazing, wonderful people.”

“I believe my mom planted me here,” she says. “There’s a faith there that was instilled in me.” As she has reconnected with her Indigenous roots, Bird has come to value her Indigenous spirituality, which she sees as being in balance with her Anabaptist faith.

Bird appreciates Osler Mennonite’s efforts at reconciliation, including the Canada Day memorial service in response to the findings of unmarked graves at Indian Residential School sites. She recalls the conversation she had with several church members as they walked home together after the service. She values the fact that they were asking questions.

“What we, as Indigenous people, are asking of the church is that you educate yourselves,” she says. “Get to know how the government made laws to support these horrific crimes.” She adds, “The quality of life [in Indigenous communities] is directly linked to treaties not being honoured.”

Bird encourages non-Indigenous Mennonites to step out of their Mennonite world and into the broader community. “Go and volunteer,” she says. “Let the universe guide you to a place where you can be of service. You will meet wounded yet resilient and amazingly strong Indigenous people.”

She urges Mennonite leaders to prioritize education by offering classes in Indigenous history. “Find people to come into your congregation,” she says, adding, “Don’t be afraid to ask questions. You’re going to open up someone’s heart to share.” 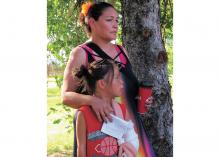 Tree Bird stands with her youngest son, Morrison, at the memorial service held by Osler Mennonite Church in response to the findings of unmarked graves at residential school sites. (Photo by Susan Braun)