‘If you see someone in need, you lend a hand’ 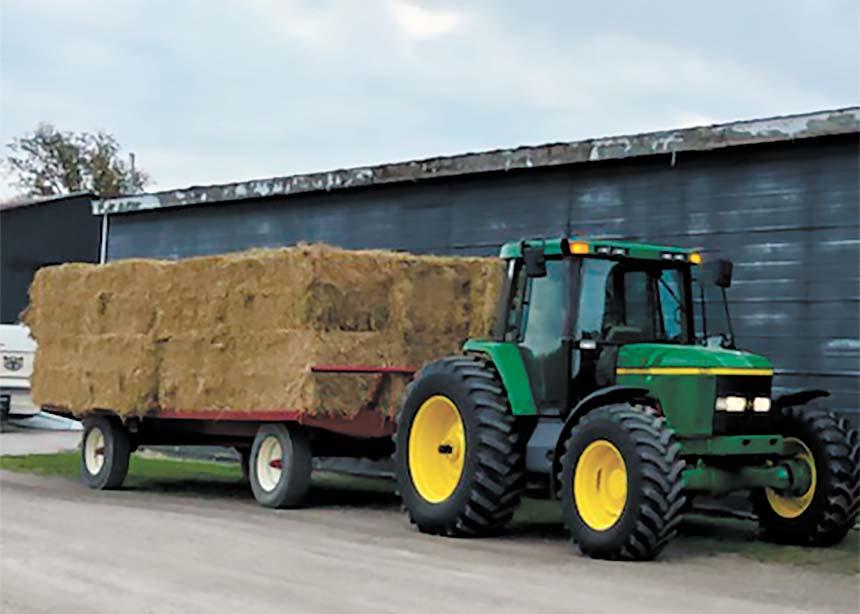 Donated hay about to be loaded in Ontario for farmers in Saskatchewan. (Photo by Lester Weber)

For Bradley and Virginia Walker, livestock farmers in Endeavour, Sask., this year’s weather was a disaster.

“The rain was so patchy,” says Bradley. “Some places got good rain; we got nothing.”

The lack of rain meant they couldn’t grow enough hay to feed the 350 head of cattle on their organic beef farm.

“Normally we grow enough,” he says, noting that wasn’t the case this year—there isn’t enough hay to get the herd through the winter months.

That scenario is being repeated across the province. And now, with hay prices having increased from $70 a bale before the drought to as much as $300 as of late October, farmers like the Walkers are in trouble.

“At that price, we can’t make a go of it,” he says, adding that lots of farmers are selling off their cattle because they can’t afford to feed them.

“I don’t want to do that,” he says, noting that it has taken 35 years to build up their herd.

In early October, the Walkers got some help from Mennonite Disaster Service (MDS) Canada through the MDS Hay West project, which involves farmers in Ontario donating hay to help farmers in Saskatchewan.

“We heard about the project on the news, so we applied and were accepted,” he says.

The truckload of 36 bales of donated hay, among the first to arrive in the province, is “greatly appreciated,” he adds. Although it will just last a short time, “every load makes a difference,” he says, noting that it is also encouraging for local farmers to know farmers in Ontario aren’t forgetting them.

That knowledge “helps everyone out,” he says, whether they need hay or not.

Jacob and Roger Peliero are two Ontario farmers who are remembering those in Saskatchewan struggling due to the drought. “It’s quite sad to see what happened there with the lack of rain,” says Jacob, who raises hens and replacement pullets with his father, Roger, near Smithville in the Niagara Peninsula. “We had way more hay than we needed, so we decided to donate some.”

For Jacob, who attends Bethany Community Church in St. Catharines, it’s just about “farmers helping farmers. . . . If you see someone in need, you lend a hand.”

For Lester Weber of MDS Ontario, who is helping to coordinate the project, seeing those donations come in is gratifying. “It’s a great way for farmers in Ontario to help farmers out west,” he says, adding that when donors call they say they want to do something to help other farmers who are struggling.

The goal of MDS Hay West, which started in September, is to send 50 truckloads of donated hay from Ontario to Saskatchewan. To date, 10 truckloads of hay have been donated and six have been shipped.

A total of 35 farmers in Saskatchewan have applied for donated hay, which they can purchase at pre-drought prices to help with transportation costs.

“We could use more donations of hay to meet the need,” says Weber, noting that he has heard from some farmers who plan to donate but are too busy now harvesting crops. “There are lots of farmers needing hay.”

To donate hay in Ontario, call Lester Weber at 519-584-4171. Saskatchewan farmers who need hay can call Daryl Bueckert at 306-717-3987; for an application form for hay, visit  https://bit.ly/mds-hay-west. To donate towards the cost of transporting the hay, visit www.mds.org. 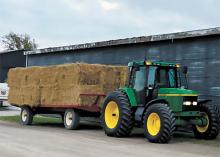 Donated hay about to be loaded in Ontario for farmers in Saskatchewan. (Photo by Lester Weber)