How it feels to give a house away 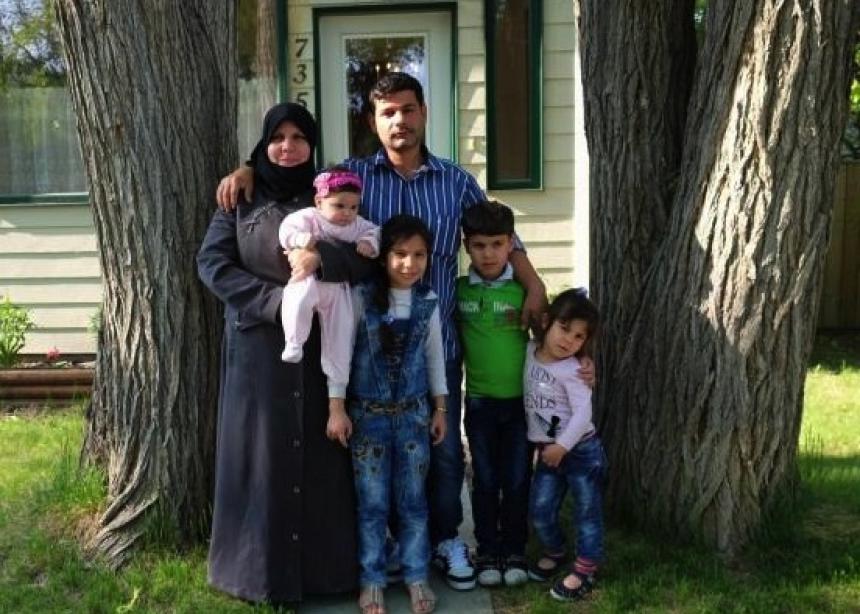 Yann Martel is known to many as the author of Life of Pi, an international bestseller that became an Oscar-winning movie. But at Mennonite Central Committee (MCC) Saskatchewan, he is also known as the man who welcomed a Syrian family of six into the home he owns in Saskatoon. The family arrived in 2016, and he wrote about the experience for the London Sunday Times. What follows is an excerpt from that story.

What do you do with a sweet little house when you don’t need it anymore? I bought a house in Saskatoon when my partner and I didn’t have any children yet. I say I bought it; it would be more accurate to say that every reader who acquired a copy of Life of Pi bought it.

It’s a clapboard house built in 1912. The rooms aren’t big, there’s only a single bathroom, the walls have only newspaper for insulation, in every part of the house you hear what’s happening in every other part—but it has a nice feel to it. It’s cozy. Too cozy when the children started coming—we have four—and my partner and I both work at home. So we upgraded to a bigger house. But what to do with the old place?

The obvious thing to do was to sell it. But it was the first place I’d ever owned, and we’d put a lot of work into fixing it up. I’d stripped and painted all the doors in colourful patterns and touched up other details in the house. We’d tended the garden and the vegetable patch. It was where we first welcomed into the world three of our children. I was still attached to it.

I considered renting it out. But did I really want to become a landlord?

In October 2015, a third option presented itself. It was splashed all over the papers every day: refugees. To give is to receive. When we gift something to someone, whether a smile or a kind word or a service or an object, we create good will, we create bonds. Surely that was a worthwhile investment.

Then a friend suggested I try calling MCC. Let me briefly sing a song of praise about the Mennonites. Up until that fateful phone call, they were just a name to me. Then I called them and they became real. I’ve never encountered a group that so walks in what I imagine is the spirit of Christ: a spirit of loving-kindness, where help is given without judgment. The Mennonites cottoned on immediately to what I was offering. Sure, said Dana, the young woman I first spoke to, that sounds wonderful. Where’s the house? Can we see it today?

MCC made it happen. Within days everything fell into place. A group from Wildwood Mennonite Church was bringing in furniture, setting up bedrooms, stocking the kitchen, doing everything so that a family might live in their new home.

Then the waiting game started. At first the house was supposed to welcome a family from Myanmar. But the little boy contracted acute bronchitis and that caused a delay. Months went by, the house remained empty. Finally, we had to move on. Another group, from Mount Royal Mennonite Church, and another refugee family. There, too, we had to wait.

Then they finally arrived, from Aleppo, Syria. Omar and Ramia and their four children . . . and their adorable baby girl. They didn’t speak a word of English. Whenever we went to their house, big smiles and vigorous nods had to say it all.

They are very friendly. Just last week I had to drop by because there was some flooding in the basement. In rapid order the plumber and I were offered cups of sweet tea, pastries Ramia had baked, and then—lo!—pizza she made from scratch while we were there. Meanwhile, Omar helpfully mopped away the water off the floor and the children broke into the “ABC” song at every chance they had. The children are at the vanguard of integration, gleefully taking in every aspect of their new Canadian lives, eager for school to start again (after Christmas break), eager to speak English.

So that, for me, is what you do with a sweet little house you don’t need anymore. You turn it into a safe house for children and a grateful family, a place for future citizens, a home where you can knock on the door at any time of day and be greeted with smiles, open arms and, likely, good pizza. 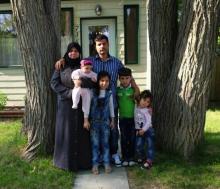