How fear and mistrust gave way to friendship

New documentary tells a story of conflict and reconciliation 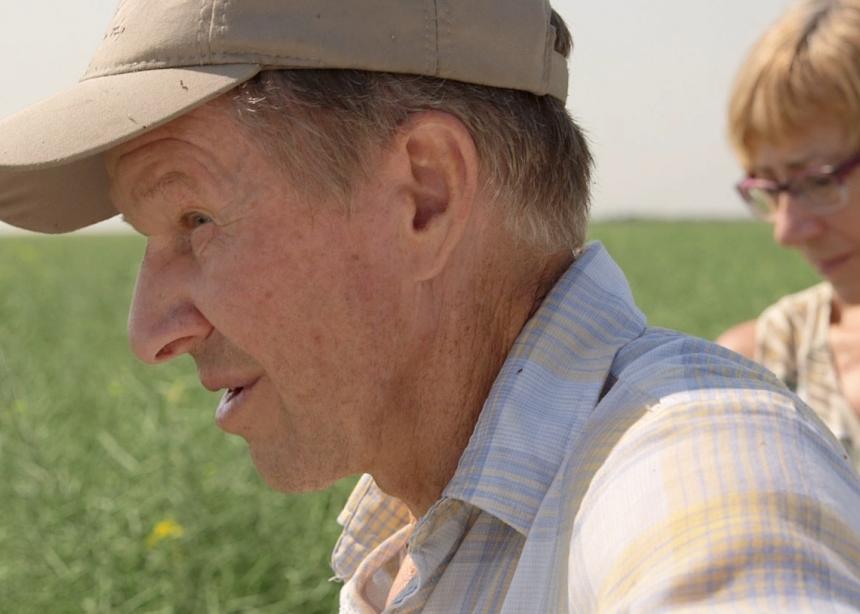 First nations, Lutheran and Mennonite movie-goers crowded into Saskatoon’s Roxy Theatre on March 13, 2016, popcorn in hand, to watch the premiere of Reserve 107: Reconciliation on the Prairies.

The 30-minute documentary, directed by Brad Leitch and produced by Adrienne Leitch of Rebel Sky Media, tells the story of the Young Chippewayan First Nation, the community of Laird, Sask., and a special gathering that brought the two groups together in 2006.

One-hundred-and-forty years before that, the Young Chippewayans were among the signatories of Treaty 6, which granted them Reserve 107, located northwest of where the village of Laird stands today, just east of the North Saskatchewan River. But the indigenous people left their reserve when food became scarce. The Government of Canada subsequently deemed the land uninhabited and sold it to Lutheran and Mennonite settlers.

In August 2006, Young Chippewayans, under the leadership of Chief Ben Weenie, invited descendants of those Lutheran and Mennonite settlers to a party at Stoney Knoll, on former Reserve 107 land. At that party, representatives of the three groups signed a memorandum of understanding, pledging to work together to right past wrongs.

The film documents how Mennonite and Lutheran farmers became aware of Young Chippewayan claims to their land, and how fear and mistrust gave way to friendship when Young Chippewayan leaders made the first move towards peaceful resolution.

In 2014, Leitch and three friends set out from Stoney Knoll on a 550-kilometre “honour walk” to the Truth and Reconciliation Commission meetings in Edmonton. The walk honoured residential school survivors and served to acknowledge non-indigenous responsibility towards reconciliation with indigenous people.

“We had heard stories about the reconciliation efforts between Mennonites and Lutherans and the Young Chippewayan band,” says Leitch, “and chose to depart from Stoney Knoll to bring attention to their efforts.”

When community members learned that Leitch was a filmmaker, they asked if he would create a video about the Stoney Knoll Reserve 107 story. In 2015, Rebel Sky Media partnered with Mennonite Central Committee Saskatchewan, St. Johns Lutheran Church in Laird, and a documentary committee that included representatives of the three communities. Filming took place during the summer of 2015.

“I’m excited about this project because it provides a model for reconciliation,” Leitch says. In making the film he says he was struck by “the power of taking the first step to right the wrongs of the past,” adding that he was “moved by the courage of the Young Chippewayan people to instigate change.”

Leitch says he hopes people who see the film will “be inspired to learn about the history of the land they live on . . . see themselves as treaty partners and work to fulfill their responsibilities to treaty. I also strongly hope and pray this film will further the cause of the Young Chippewayan band in their efforts for land justice. As a filmmaker and peacebuilder, I support their struggle and I hope this short documentary honours their experience and contributes to a meaningful peace process.”

Leitch expects a wide release of the documentary this summer. Study guides are being prepared to facilitate group discussions of Reserve 107.

View a trailer for Reserve 107: Reconciliation on the Prairies.