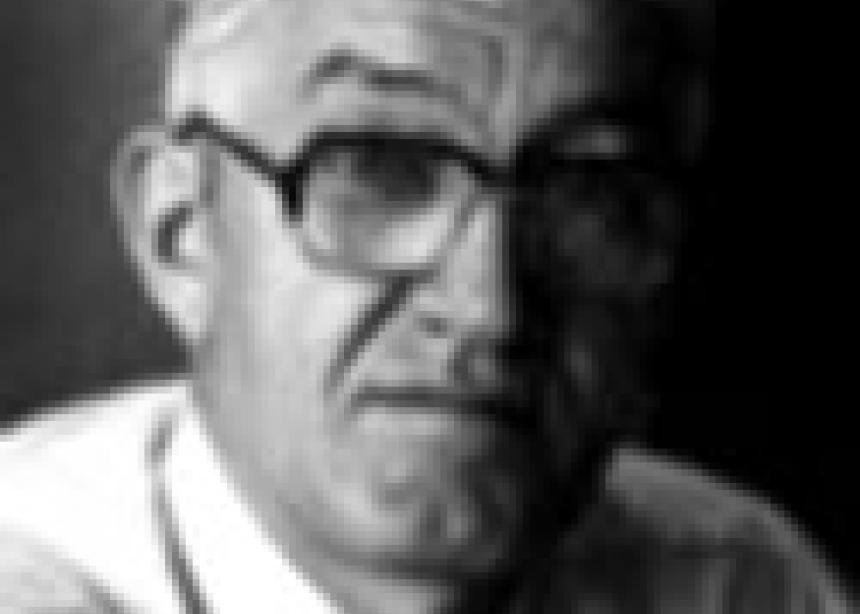 Henry Poettcker, who served as president of Canadian Mennonite Bible College (CMBC), one of Canadian Mennonite University’s (CMU) predecessor institutions, died on Sunday, May 24, following a stroke. He was 90 years old. A scholar with a PhD from Princeton, Poettcker joined the faculty of CMBC in 1954 and became its president five years later at the age of 34. He held that office for 19 years.

Waldemar Janzen, Professor Emeritus of Old Testament and German, worked as CMBC’s dean during Poettcker’s presidency. He remembers Poettcker as a calm, steadfast person who steered a steady course for CMBC during the turbulent youth movements of the 1960s and 70s. “He was a humble, unpretentious leader,” Janzen says.

Poettcker was born in Rudnerweide, Russia on March 27, 1925. His family moved to St. Elizabeth, Man. when he was just a few months old, and then to a farm 25 km. west of Pincher Creek, Alta. when he was two. While attending Menno Bible Institute in Didsbury, Alta. throughout the winter of 1942-43, Poettcker met Aganetha (Agnes) Baergen. After marrying in 1946 in Tofield, Alta., they spent eight years in Alberta, Kansas, Illinois, and New Jersey while Poettcker furthered his education.

Jacob Elias, Professor Emeritus of New Testament, who served as dean at AMBS most of the years that Poettcker was president, describes Poettcker as gracious, dedicated, pastoral, organized, warm, and humble.

“His style of leadership was to empower others in their ministries,” Elias says. “He had a keen awareness of the challenges and opportunities facing congregations in Canada and the United States, as well as internationally. He had a deep love for Christ and the church, and a heart for pastors and other church leaders.”

As the first Canadian president of MBS, Poettcker fostered a closer link between the seminaries and CMBC/CMU, says Walter Sawatsky, Professor Emeritus of Church History and Mission.

In addition to his contributions to CMBC and MBS, Poettcker served as president of the General Conference Mennonite Church (now Mennonite Church Canada and Mennonite Church USA) from 1962 to 1968, wrote Sunday school curricula for adults in German and English, and frequently contributed to Mennonite periodicals. Upon his retirement in 1990, Poettcker returned to Winnipeg. In 2005, CMU honoured his years of service by naming one of its buildings Poettcker Hall. Four years later, CMU Press published Poettcker’s book, A President’s Journey: The Memoirs of Henry Poettcker.

In his later years, Poettcker gave loving care to Agnes, who suffered a severe and debilitating stroke. She passed away in February 2014.

Poettcker also participated in the professor emeriti group that meets every Thursday morning at CMU for fellowship, professional discussion, and mutual support. This past March, 10 of Poettcker’s CMBC colleagues gathered with him to celebrate his 90th birthday.

A line Poettcker wrote in the resignation letter he sent to CMBC board members in 1977 perhaps best exemplifies his humility and faithfulness in the face of his many contributions to the Mennonite Church: “If I have been one link in helping along, I give thanks to God.” 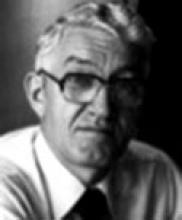