A-ha moments in the Holy Land 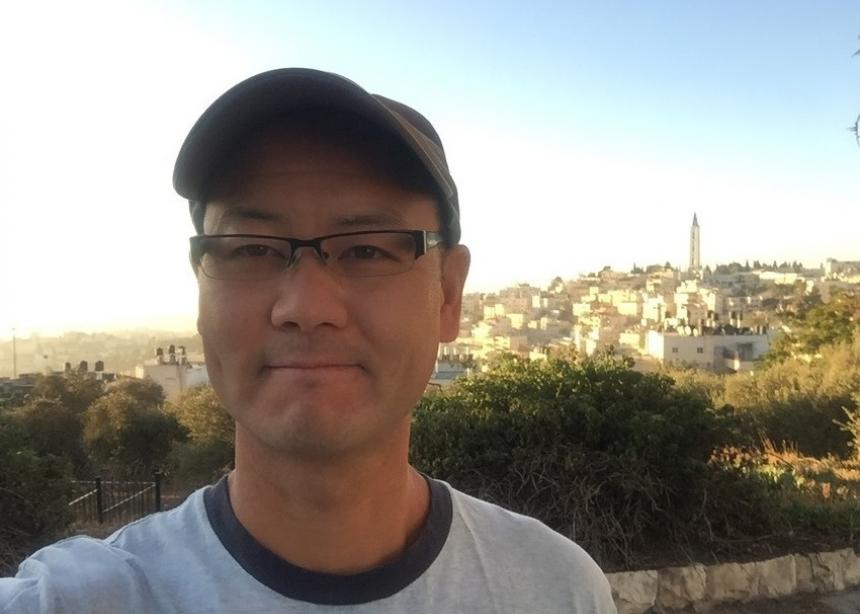 At the time, Chow didn’t question his church’s stance that Palestinians were getting in the way of the miracle of the reconstitution of Israel. Compounded with the news media’s interpretation of the long-standing conflict in Palestine and Israel, Chow had a rather limited view of Palestinians, he admits.

“I grew up with the narrative that Palestinians are Arabs, Arabs are Muslims and Muslims are violent people,” he says. “We were taught to support the children of Israel and taught to believe in who the people of God are and that God is at work through these people.”

As he grew up, learned more about the situation, attended seminary and began working as a pastor at Killarney Park Mennonite Brethren Church in Vancouver, British Columbia, his view gradually became more nuanced, but it wasn’t until Chow took part in a Mennonite Central Committee (MCC) learning tour to Palestine’s West Bank that he began to see the harm caused by the stereotypes he internalized.

“There’s a cost to that. The reconstitution of Israel means a lot of things on the ground. It means soldiers, guns, people being forcibly evicted, mandatory military service and young kids being indoctrinated. That was eye opening,” he explains.

Chow visited the West Bank with other members of MCC’s board in September and October of 2016 to see some of the projects MCC supports and to meet with Palestinian Christians and Muslims MCC works with.

Abe Bergen of Kleefeld, Manitoba, a moderator for the Evangelical Mennonite Conference and land developer, didn’t really take time to think of the conflict, but he knew he didn’t want to visit the region.

“My perception was largely that, why would I go to the Middle East, endanger myself and come back in a body bag? That was my gut response to Israel and Palestine,” Bergen said.

Bergen had been asked to take part in learning tours for several years. At first, he declined the invitation, and then in the subsequent year the tours were cancelled. Finally, after being invited a second time, Bergen decided to go.

The learning tour drastically changed what he thought he knew about the region. For instance, Bergen’s perspective, largely informed by watching mainstream media portrayals of the Middle East, was of Israel actively building peace with Palestinians. But he soon discovered how incomplete that picture was.

“They [Israel] are projected as a liberal democracy, a sign of hope in a very hostile place,” he says.

But Bergen was confronted with a different reality on the ground.

One day the group visited the Aida refugee camp, one of 19 camps in the West Bank. There, Bergen came across a poster bearing the image of Aboud Shadi, a 13-year-old Palestinian boy who was killed by an Israeli sniper while he was playing with his friends.

“That kind of injustice is just so real and overwhelming,” Bergen said through tears. “There is no theology, there are no politics that justify the killing of a 13-year-old boy.”

Chow was overwhelmed by the faith he saw in Palestinian Christians, including Daoud Nassar, a farmer living in the West Bank who is committed to nonviolence. The Nassar family has seen their orchards bulldozed or uprooted by Israeli soldiers, they face checkpoints daily and often worry about losing the land that’s been in their family for generations.

“To see one family come up against a whole military and government apparatus that was designed to win in courts and legal circles, and yet he’s doing this protest with nonviolence,” Chow says. “He is determined to not hate and determined to be a voice of compassion and, frankly, the good news of Jesus Christ. It inspired me.”

The biggest lesson Bergen and Chow learned is that the region is much more complicated than they were led to believe, both theologically and politically.

“Things are so abstract,” Bergen says. “They’re just pictures on the screen and stories in our mind. There are narratives at play we’re not aware of until we encounter them. You can’t do that unless you take steps to seriously address that. A learning tour did that for me.”

The tour prompted Chow to rethink what the kingdom of God looks like.

“Does it look like 18-year-old Israeli soldiers carrying M-16s marching around, sometimes in fear? Is that the kingdom of God? Is the kingdom of God people who, despite the odds, are showing love and are determined to forgive and live selflessly without regard to personal safety and yet declare Jesus as Lord? That was transformational,” he says.

To learn more about MCC’s work in Palestine and Israel, check out the A Cry For Home campaign https://mcccanada.ca/learn/where/middle-east/palestine-israel/cry-for-ho... 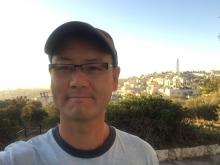