Glimpsing the face of God 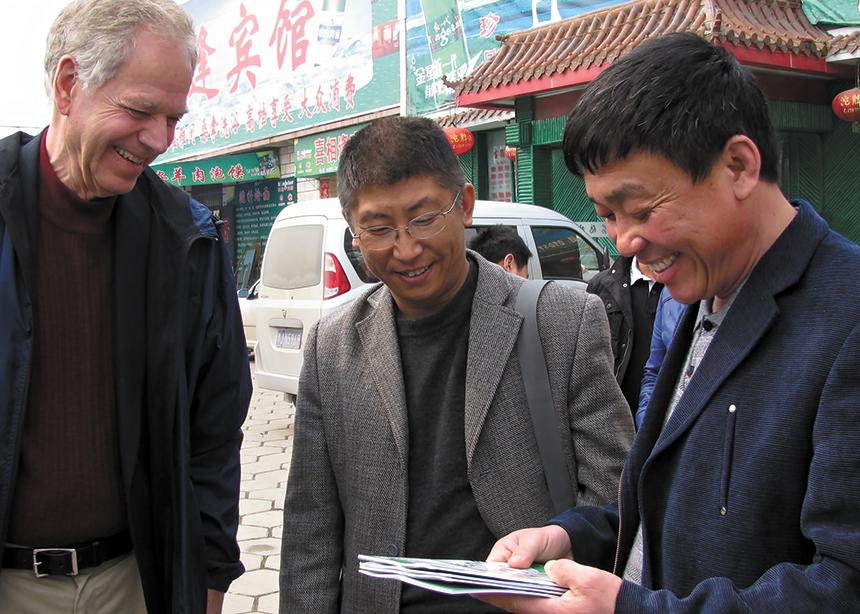 Why are we doing international ministry? As I engage with people in many regional churches I often get this question. It is my favourite question. Don’t ask unless you are prepared for my long answer, but I can also point you to the answers of others for a shorter version.

The Ministry Initiative Development Guide for Mennonite Church Canada states: “The primary purpose for any initiative will be related to the creation, resourcing or strengthening of Anabaptist/Mennonite faith communities and our shared commitment to witness to God’s work in the world.”

I would add to this an important piece that I have learned in years of international ministry: to see God.

Henri Nouwen, the late Dutch Catholic priest, professor, writer and theologian, writes: “Ministry is, first of all, receiving God’s blessing from those to whom we minister. What is this blessing? It is a glimpse of the face of God.”

Get involved in international ministry to see God through the eyes of people who are not like you. The four stories that follow are glimpses of God being revealed in MC Canada ministries internationally.

History from 500 years ago seems recent in the context of China’s 5,000 years. But the excitement produced by Anabaptist study has prompted a group of Chinese Christians to open an Anabaptist study centre where they can encounter more of this teaching.

“We have finally found that our reading of the gospels and looking at the life of Jesus has roots in church history and fellow travellers in this way.”

One pastor, whose name has been withheld, says that Anabaptist teaching fits with traditional Chinese culture better than other Christian traditions: “For us, people who are deeply spiritual would never condone violence. The peace teachings of Jesus have been ignored by the Chinese church until now. This has made Christianity at odds with our cultural understandings, and, for many, a foreign religion.”

George and Tobia Veith, MC Canada International Witness workers in China, are working with these Christian leaders to translate and write Anabaptist study resources that are helpful and relevant to today’s Chinese believers.

A celebration took place from Oct. 9 to 11 last year, as the Friends of Grace Church (FGC) Thailand Association opened its new office in Khon Kaen. This celebration brought together five congregations already registered as planted by FGC Thailand and 25 worshipping groups that are not yet registered as churches.

The event was a significant milestone for MC Canada Witness workers Tom and Christine Poovong. Since arriving in Thailand five years ago, they have ministered through church planting, discipleship and income-generation ministries. This event was the first fruits of that labour.

“We have our income-generation ministry for making disciples that will have steady income, so they can give back to their local church,” writes Tom. “Our end goal is to establish an Asian Mennonite peace church that is owned locally, run locally and becomes self-sustainable,”

Located in the northeastern corner of Thailand, where there is a large Laotian population, means that this initiative is also naturally expanding into Laos.

Tom cites Matthew 5:9: “ ‘Blessed are the peacemakers, for they will be called the children of God,’ ” adding, “I am not ashamed to be called Mennonite Christian, even in Asia, because that message of peace that Jesus brought us has transformed my life, making peace with myself, my family, my friends and all people,.”

It seemed amazing to MC Canada International Witness workers Bock Ki Kim and Sook Kyoung Park, that 200,000 people would accept their invitation to walk for peace near the demilitarized zone between North and South Korea.

Working together with other organizations, MC South Korea planned this walk as part of a nationwide event to mark the first anniversary of the summit between North and South Korea. People formed a human peace chain and carried a three-kilometre-long peace banner.

“It became the event that all people could join,” says Kim. “There was no difference between men and women, old and young, ethnicity, religions, etc. Many people have hope for the peace movement here in the future.”

Inspired by the peace-chain event, and in order to promote collaboration between peace organizations, Kim contacted eight peace organizations in Korea to create the Peace Journal. He is no stranger to this type of publishing, having started the Korean Anabaptist Journal seven years ago, after identifying the need for Korean Anabaptists to connect and share resources. The editorial team estimates the readership is around 1,500.

Known as coming from a peace church, Kim is inundated with requests to speak in congregations that want to know what Jesus says about peace.

Daltu Vic Saway is an elder of the Talaandig Tribe, who has worked in partnership with Coffee for Peace (CFP) and MC Canada International Witness workers Dann and Joji Pantoja since 2012. His community recently committed to enhancing its coffee farming and tree planting on the Mountain of Kitanglad.

CFP started as an income-generating program of PeaceBuilders Community, Inc. It has evolved into a distinct social enterprise, focusing on coffee farmers in Indigenous communities affected by resource-based armed conflicts.

“Our teams at PeaceBuilders Community, Inc., and CFP are being led, spiritually, to work with leaders of Indigenous Peoples who . . . walk with what we mutually understand as the Creator’s just and peaceful statutes, as they serve as stewards of their ancestral domains and as they struggle to realize their right to self-determination,” write Dann and Joji Pantoja. “This spiritual perspective of partnership governs the inclusive development strategies we practise in the field.” 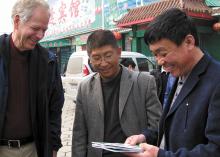 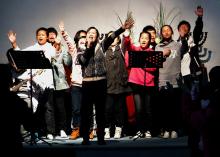 Youth worship in a Chinese church. (Photo by Myrrl Byler) 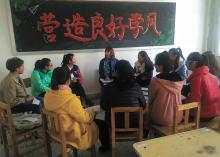 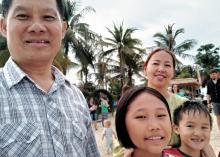 The Poovong family moved to Thailand five years ago. (Photo by Tom Poovong) 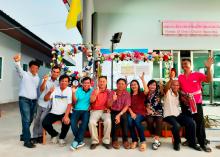 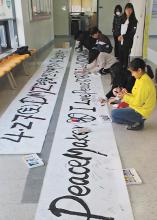 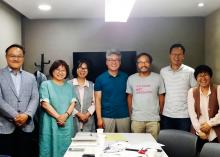 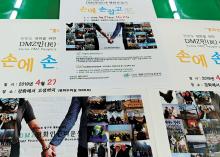 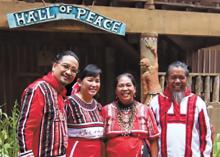 ‘Our teams at PeaceBuiders Community, Inc., and [Coffee for Peace] are being led, spiritually, to work with leaders of Indigenous Peoples [in the Philippines] . . . .This spiritual perspective of partnership governs the inclusive development strategies we practise in the field,’ say Dann and Joji Pantoja, left. (Photo courtesy of PeaceBuilders Community, Inc.)