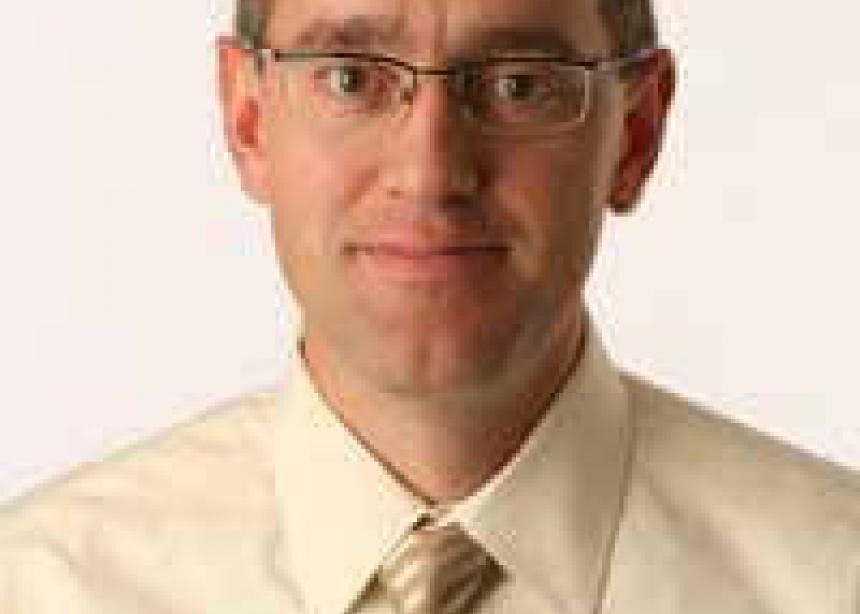 “We are not living in the 16th century, and whatever is called Anabaptism today inevitably looks and sounds quite different,” said Paul Martens during a recent talk entitled “Neo-Anabaptism is dead: Long live neo-Anabaptism” at the Menno Simons Centre in Vancouver. Hence “neo-Anabaptism” is a way of naming the connections between the past and present: a new way of understanding the past.

Martens, an associate professor of theology at Baylor University in Waco, Tex., is a native of Manitoba who studied at Providence College, Regent College and Notre Dame University.

The Anabaptist vision of the past served us well, but we no longer live in that time and place, he said. “The threat of the draft—the threat of turning the church into an instrument of killing—is past. We are part of the dominant culture. . . . The recognition that we are already deeply integrated into a way of life . . . is a new challenge facing Christians seeking to live with integrity in North America today.”

He said that we have yet to come to grips, theologically and spiritually, with the reality that we are the world.

He described our new reality as containing “highly advanced modes of colonizing,” noting that we eat tomatoes picked by “virtual slaves” in Mexico; drink from aluminum cans made from bauxite, which is mined in India and Guyana; recycle our clothing, which is shipped to Africa, where it floods the market and destroys indigenous garment-based livelihoods.

Looking at the world with “new eyes” places new demands on those in the Anabaptist tradition. Martens points to Stuart Murray, Shane Claiborne and Brian McLaren, who “don’t look like Mennonites—at least not like those of us who have grown up Mennonite—but they have rightly plundered the tradition.”

It’s important to recognize, said Martens, that those of us with genetic or denominational ties to Anabaptism are few in number but are apparently large in influence. As we move forward without knowing what the future holds, how should we live with what we have to offer the rest of the world?

With humility, liberality, conviction and hope.

“Even the early Anabaptists didn’t think they had cornered the market on renewal and reformation in the church,” he said, so in humility we need to recognize that we, too, might be in need of renewal and reform. So we should not shy away from uncomfortable questions. “[W]e must humbly admit that we have much to learn as a community,” he said.

We should liberally share our distinctiveness. “If it’s worth anything to us, it is worth the same to the rest of the Christian church and . . . the world,” he said. In other words, we should not be jealous if others use the gifts of our tradition in their own ways.

Further, we need to live with conviction. Anabaptism is not merely a group of ideas, it is a lived tradition. “[I]f that tradition is to be the salt and light for the world, it has to have something to offer,” he said.

Our world needs hope. While fear of crime, Muslims, immigrants and of the unknown is alive and well, we need to express the hope that love overcomes fear, even if it means giving up one’s life. “To love the other, we do not worry about self-preservation but hope for the future and work in that direction.”

Martens sees hope as new forms of Anabaptism are beginning to breathe new life into Christianity in unexpected places. “[W]e ought to listen to and encourage this new life,” Martens said, “humbly recognizing that we do not have all the answers, sharing liberally what we have carefully nurtured and cultivated, with the hope and expectation that even in these days God will pour out God’s Spirit on all peoples.”

To play even a small part in that is probably enough, he concluded. 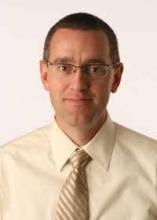