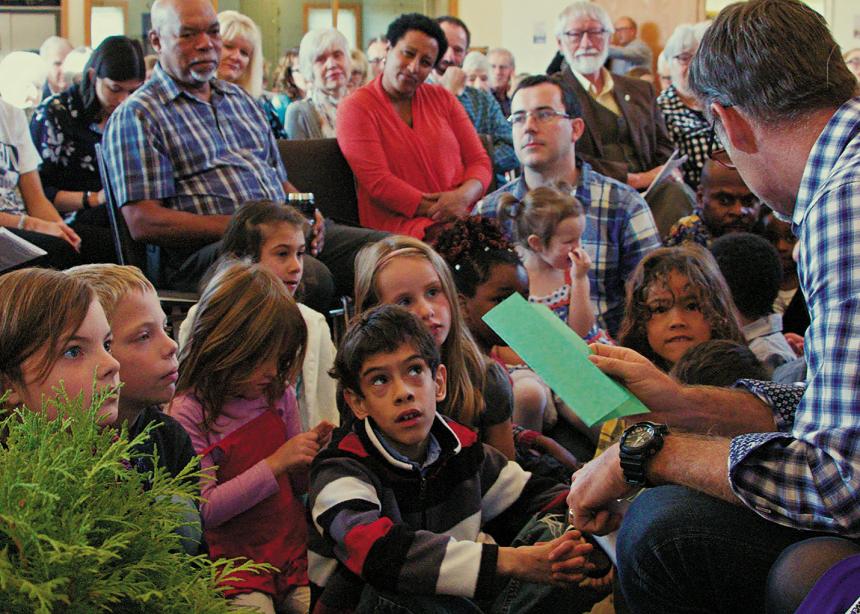 On Oct. 15, 2017, more than 300 excited and exuberant members and guests gathered at Fort Garry Mennonite Fellowship to celebrate the congregation’s 50th anniversary. Many had already enjoyed a delightful coffee house and artisan display the night before, celebrating the artistic gifts within the community.

During the five Sundays leading up to the celebration, the worship services focussed on the congregation’s foundational themes: community, love, grace, peace and discipleship. As part of the celebration, a commemorative quilt was unveiled and a video based on interviews with church members was produced.

Gerald Gerbrandt, president emeritus of Canadian Mennonite University in Winnipeg, was the guest speaker; he addressed the theme of the anniversary: “We as living stones being built on a firm foundation: Jesus Christ.”

The Fellowship was founded in the spring of 1967 in south Winnipeg by Mennonites who sought to have a place of worship closer to their homes. The congregation, with five commissioned lay ministers, has inter-generational participatory worship services, is a welcoming community, has an extensive refugee program, and a multiple team ministry chosen by discerning gifts and collectively calling individuals to roles of service and leadership. 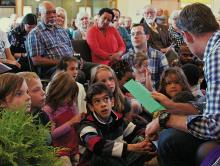