Area Church Only Member churches in B.C. will have to decide if they 'want to participate in the new structure' 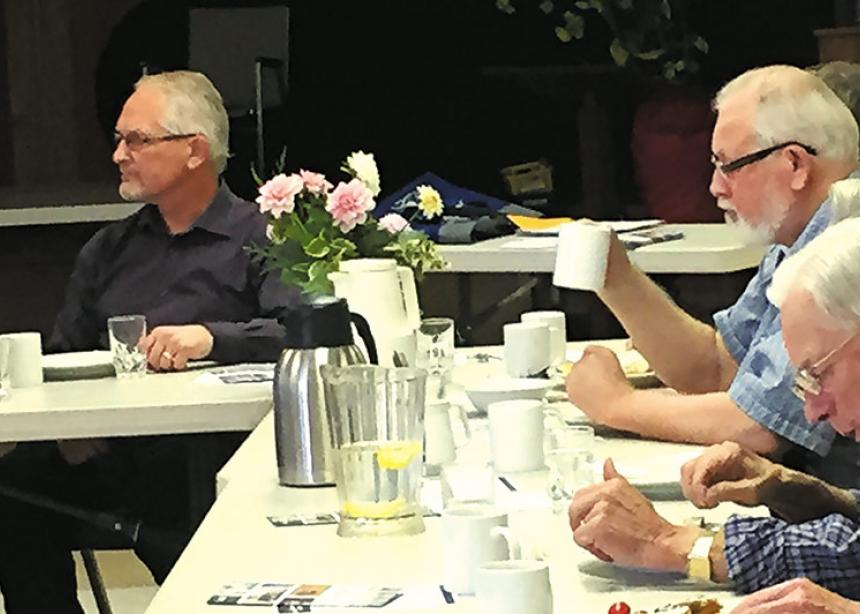 How the new structure of Mennonite Church Canada will affect congregations in B.C. was the topic for focus groups in Richmond and Abbotsford late last month. Donors who have been supporting both MC Canada and MC B.C. were invited to attend the meetings with Willard Metzger, the nationwide church’s executive minister, along with the regional church’s leadership and financial personnel.

The goal was to encourage these individuals to continue their investment, and to help them understand how the flow of funding for the ministries they care about will be changing. Forty-one people in total attended the two meetings.

Expressing “appreciation for your faithfulness” to those attending the Oct. 30 meeting at Emmanuel Mennonite Church, Metzger said, “You are investors, you are supporters” of MC Canada’s ongoing ministry.

Metzger briefly summarized decisions made at the Special Assembly 2017 in Winnipeg in mid-October, that resulted in a restructured MC Canada as a result of changes in church life and participation. Priorities in giving have changed as a result.

Additionally, relational funding—or financially supporting mission workers directly, as opposed to general giving to a mission board to support all workers—is the norm for many mission organizations. Although MC Canada had resisted this approach, it is now also moving in that direction.

Mission workers will rely on a “confirmation of call” to their ministry and will seek financial support from those who know them and choose to support them.

Questions included how, with the new regional emphasis, individuals and area churches can speak to the nationwide agenda.

“Actually [regional churches] will have more participation with the new structure,” said Metzger. “Regional churches will all determine what the nationwide agenda will be. We want you to be our advocates.”

Other questions included how those congregations designated as Area Church Only Members (ACOM)—unique to B.C.—will fit in, to which MC B.C. executive minister Garry Janzen responded: “We want to honour congregations who say they want no part of [the new structure]. ACOM is redundant now. We are having a conversation now with ACOM churches about whether they want to participate in the new structure, and, if so, how they would want to do so.”