Finding hope in the midst of the climate crisis 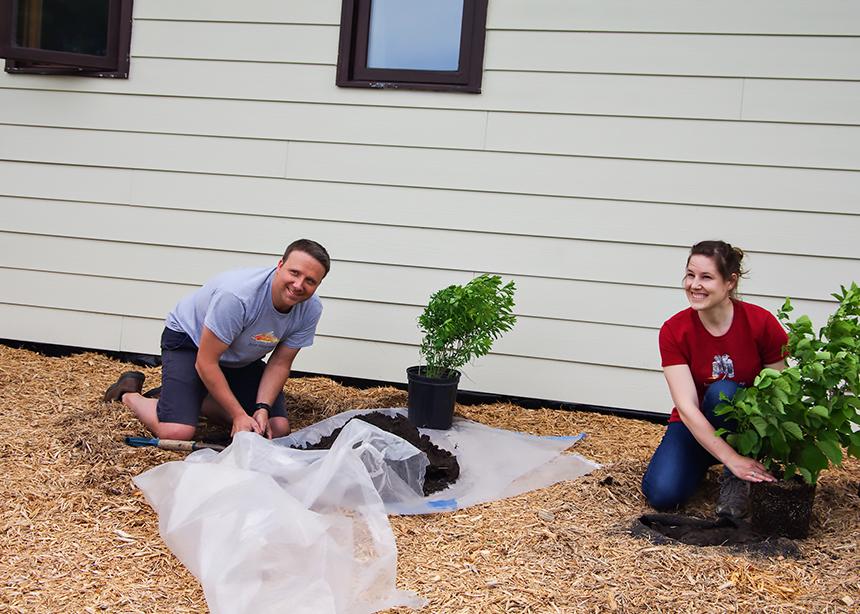 Zoe Matties, 30, is finding hope in the midst of it all through a creation care organization she works for, and she’s ensuring others do too. Matties is the Manitoba program manager for A Rocha Canada. She recently facilitated a discovery day at the organization’s Boreal Ecology Centre from June 14-15. A Rocha is a faith-based organization that works primarily in conservation, environmental education and sustainable agriculture.

The Boreal Ecology Centre is a project of A Rocha. It’s a place of environmental learning and retreat in East Braintree, Manitoba, near the Whiteshell Provincial Park. Matties said the message of the centre stands in stark contrast to the negative messages people are overwhelmed with day and night.

“We are constantly inundated with news of the environmental crisis. Every time I see a news report or see a news story of the mess we’ve made of the planet and people who’ve been forced to flee, it’s tempting to feel despair, paralysis or even apathy in the face of daunting news and the bleak reality,” she said. “A Rocha offers me a hopeful alternative to this despair.”

The Boreal Ecology Centre was formally turned over to A Rocha to steward by Walter and Eleanor Loewen one year ago. It’s situated on 220 acres of forests, meadows, and river valley and is the perfect place to witness the “warmth and wildness of God’s creation,” Matties said.

About 20 people from Winnipeg and the East Braintree area came to the centre to wander the property, canoe and kayak on the river, and take part in a community lunch.

“Offering people a way to practically care for the created world and learn from the theology of creation care gives people a lot of hope, and it gives me a lot of hope,” she added. Matties added that it was a particularly wondrous day because the wild orchids were in bloom as participants wandered the property.

The most recent discovery day is just one of the ways A Rocha Manitoba has tried to get Manitobans in touch with creation. Over the last year, the organization has hosted prayer and silence retreats to experience God through creation, other discovery days, and it has worked alongside Canadian Mennonite University’s science program do to some preliminary conservation science monitoring. They also plan to host a group from the University of Kansas to do some surveying of small mammals later this year, Matties said.

“I think when people learn how to pay attention to the world around them, to creation, they learn to love it as well,” she said. “When it becomes personal, when people can learn the place around them and learn to love them, there’s a way forward. It’s not as overwhelming.

Matties hopes the Boreal Ecology Centre will serve as a place where Manitobans can come together, to pay attention and learn to love creation. 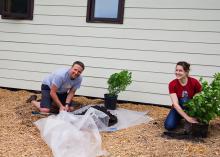 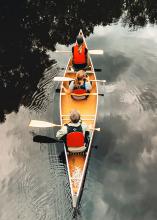 The Boggy River flows right through the property at the Boreal Ecology Centre. (Photo by Scott Gerbrandt) 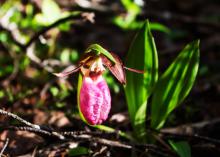 Pink lady slippers only bloom in the area in late June. (Photo by Zoe Matties) 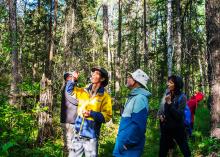 During an early morning walk on a recent Discovery Day, bird-watching participants spotted the elusive American three-toed woodpecker, a rare sight in the area. (Photo by Zoe Matties)