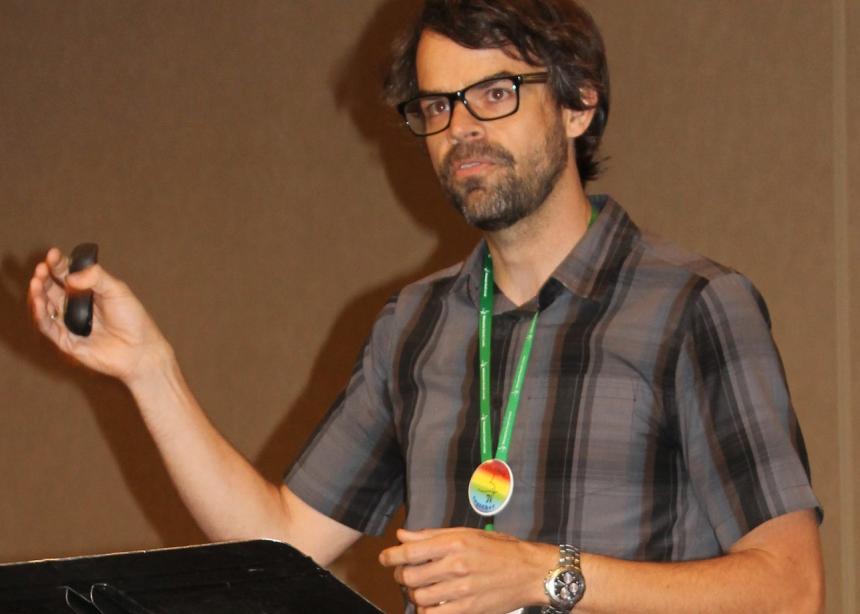 David Driedger enjoys challenging stereotypes, pushing boundaries and making people think. “[He] often pushes against established practices and the beliefs of the church from the inside,” Ben Borne said, introducing Driedger as a speaker who loves the church and engages with tough subjects and discussions.

Driedger said, “I sign up to lead [seminars] because I want to learn a topic . . . to build capacity and find the tools to engage.”

Tough subjects often evoke intense feelings for those involved. Driedger began his Assembly 2016 seminar by asking participants to remember a time when they were dreading something, perhaps attending a family gathering, going to church or meeting someone. He asked them to remember their feelings.

Then he projected a definition of “emotion” on the screen, effectively demonstrating the deep-seated assumption that emotion is inferior to reason. He noted that the dictionary describes it as personal and internal. Examples of the use of the word were exclusively feminine, such as “she tried to control her emotions.”

Emotions, Driedger said, “are often linked with non-European values,” seen as reactionary and primitive, and subjugated to the assumption that reason is more evolved.

Drawing on the works of Audre Lorde (Poetry is not a Luxury), Teresa Brennan (The Transmission of Affect), and Sara Ahmed (The Cultural Politics of Emotion), Driedger walked participants through a reconsideration of the value of emotion as it informs, complicates and enriches interactions within various groups of people.

In a short hour, Driedger pushed awareness of emotional environments, thinking about how emotions move from the individual to the group, and fostering awareness of how emotions are understood or used in group settings.

“Emotions are not true or false, but they indicate how we encounter . . . the world,” he said. “Emotions help us understand the way we are invested in the world.”

The concept of investment in those things people hold dear was key to Driedger’s presentation. Family, marriage, life, success, diversity, the Bible, and God are all “investments.” he said.

Key to navigating tough subjects and intense situations is “being aware when conversations reflect different investments,” Driedger said. He related the importance of setting conflicts in their right context and of knowing that emotions are not right or wrong but help to inform situations.

Most importantly, Driedger reminded the group, is to “follow the first commandment.” When people put God first, their personal investments do not become idols, and wonder, hope and prophecy are able to come forward to inform and guide the way forward, he said. 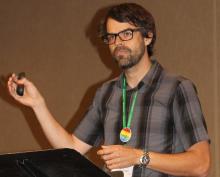