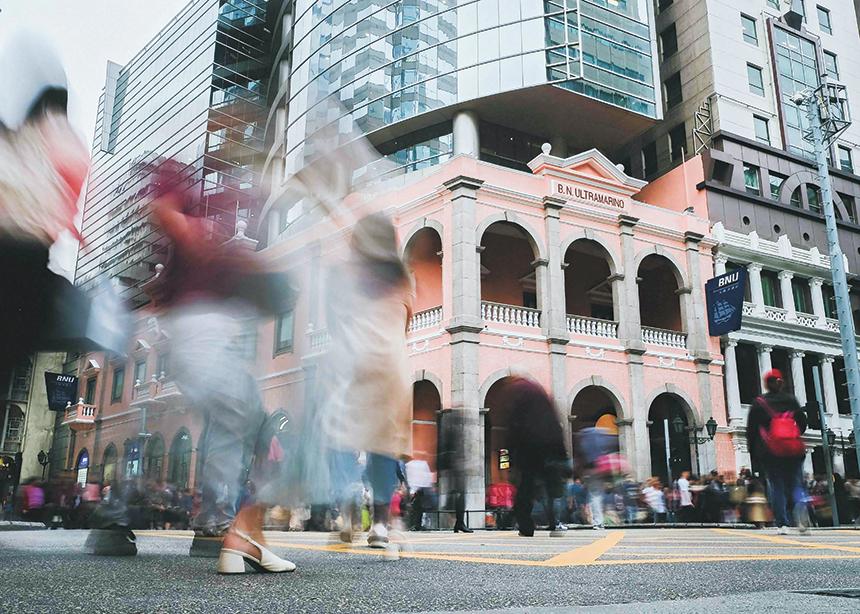 Michael Veith grew up across the world in Macau, where his parents were Mennonite Church Canada Witness workers. This November, seven years after moving to Canada, he launched a photo exhibit featuring the city where he was raised.

Titled Expiring City, the show ran at the gallery space at Forth Café in Winnipeg, where a launch event took place on Nov. 1, with Canadian Mennonite staff in attendance suitably impressed.

Macau is a “special administrative region” of China, located along the south coast, about 40 kilometres west of Hong Kong, and is the most densely populated region in the world.

“Ruled by the Portuguese for over 450 years, Macau developed as a uniquely Eurasian city,” he describes in the introduction to his exhibit. “From its eclectic architectural heritage, distinct Macanese people group and mosaic of culture, Macau is a shifting kaleidoscope of east and west.”

In 1999, control of the city was given back to mainland China, under the agreement that Macau’s distinctive government, currency, language and borders would stay the same for 50 years. This agreement expires in 2049.

Michael’s parents, George and Tobia Veith, moved to Hong Kong in 1990 with MC Canada Witness, where they worked with the local Mennonite church. They moved to Macau in 1996, when the community asked them to plant a church there. In 2015, George and Tobia moved to mainland China, where Tobia now teaches English at a university and George develops requested Anabaptist resources for churches in the region.

Michael moved to Canada in 2012 to study at Canadian Mennonite University in Winnipeg. After visiting his home city in February 2019, he decided to create an Instagram account, where he could share his photos of Macau, both from his years living there and his most recent trip.

“I had shot a photo on expired film and I made the caption, ‘An expiring city on expired film,’ and that really stuck with me,” he says. Expiring City became the name of his Instagram account and his exhibit.

The collection featured 20 photographs portraying the blur of traffic, city skylines and the faces of people going about their daily lives. It also included a piece made up of a series of 99 photos of different mailboxes.

“I think the theme comes down to . . . the words ‘serenity’ and ‘frenzy’,” Michael says. “I had a whole series of photos with some blur to them, and I wanted to show those photos because it’s a cool effect, but also it’s a way of showing that theme of change and speed.”

He was also drawn to photos that showed people just sitting or walking through a frame. “That dual nature is how I kind of see Macau, where there’s a frenzy to it, but there are also pockets of peaceful moments that you can experience,” he says.

Although the show has closed, Michael Veith will continue sharing his photos of Macau at Instagram.com/ExpiringCity. 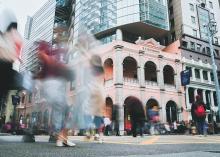 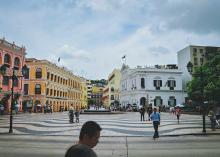 ‘The Myth of Lusotropicalism,’ 2012. (Photo by Michael Veith) 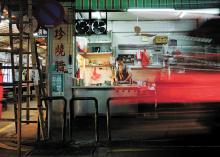 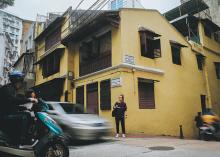 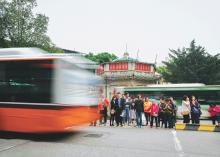 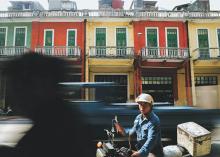 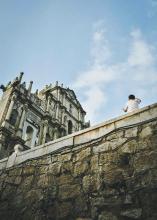 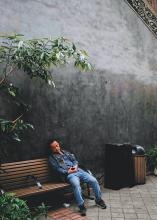 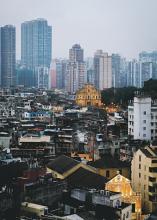 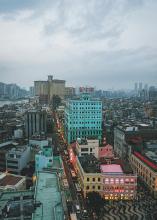 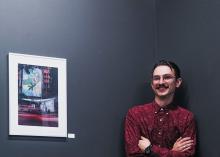 Michael Veith’s photo exhibit on Macau, Expiring City, was held in Winnipeg’s Forth Café from Nov. 1 to 7. (Photo by Matthew Veith)