Equipping leaders at home and around the world 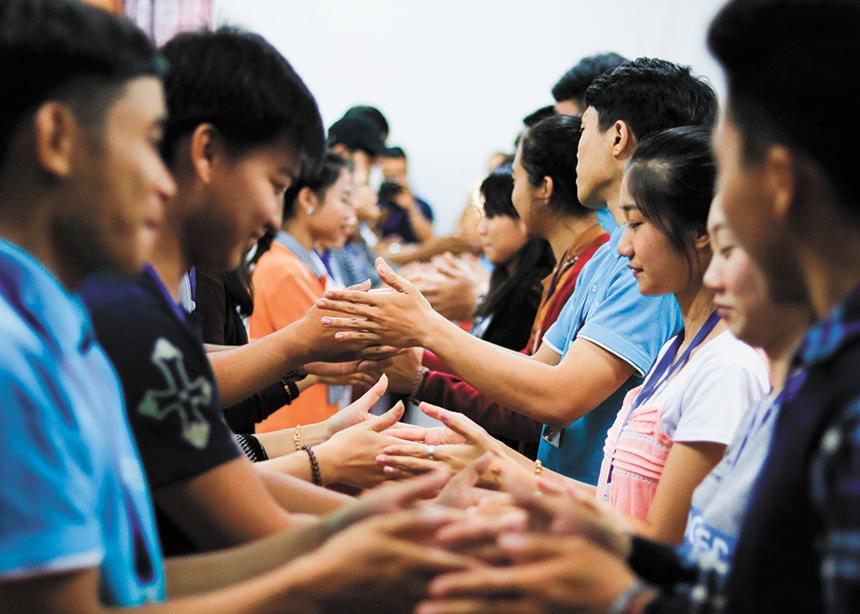 Peace campers practise their listening skills by responding to commands during an ice-breaking session. (YSPP photo by Alouny Souvolavong)

People often say that young people are the future. Mennonite Central Committee (MCC) is working with partners in Canada, the United States and around the world to invest in opportunities for young people to serve. It is committed to nurturing and developing the leadership skills of a new generation, with a focus on Anabaptist values such as peacebuilding and servant leadership. Here are just a few of the ways MCC is helping to equip young changemakers to make a difference in their home communities across the globe.

Discrimination and division on the basis of religious identity in Laos is an important driver of conflict. Religious identity can affect a person’s access to the labour market, particularly in government employment; treatment in schools; and membership in civil society organizations.

In response to this, MCC established the Mittaphab (Friendship) Group, and the Youth Solidarity and Peacebuilding Project to get young people focussed on leadership development and combat issues leading to ethnic and religious tensions.

Summerbridge
Last year, Vancouver’s Lydia Cheung took part in MCC’s Summerbridge program, an 8- to 12-week service program for people over 17 who are attending a Mennonite or Brethren in Christ church, with an emphasis on young adults of diverse cultural backgrounds.

Cheung helped with children’s programming, including a carnival and two weeks of day camp at her home congregation, South Vancouver Pacific Grace Mennonite Brethren Church. She also helped with youth devotions and worship.

Her biggest lesson thus far? “It’s more than just completing tasks and knowledge that needs to be shared with the kids. God calls us to be able to carry the weight of the ministry you’re entrusted with.”

Moliko, who hails from Lesotho, volunteered in Abbotsford, B.C., between 2012 and 2013, when he worked with Murray and Cheryl Siemens at Willow View Farms. He refers to his work on the farm as a mentorship, during which time he learned to farm apples and winter vegetables, but also more about what it means to take initiative and lead others.

Moliko now works as a farm manager at Growing Nations Trust, an MCC partner in Maphutseng, Lesotho. The Trust promotes conservation agriculture through a Christian lens called “farming God’s way.” It has demonstration fields that show the difference between conventional farming and “farming God’s way.” It also does outreach in the community to promote better farming practices, including a resident students program.

Peacebuilding institutes
Since 2001, MCC has invested in the African Peacebuilding Institute in order to engage leaders across the continent in the powerful energy of peace and reconciliation in the name of Jesus Christ. MCC has been sponsoring participants and funding its administration, as well as providing oversight of the Institute.

The four-week residential program includes participants from all over Africa. They take part in classes ranging from conflict transformation and trauma awareness to the theory and practice of peace clubs.

Youth from Soroti Town, Uganda, learn about pig farming at Arapai Agricultural College. The youth are participants in a project that MCC supports through its partner, Action for Peace and Development (APED), to increase food security and income for vulnerable youth. Some participants have dropped out of school and some are heads of households. APED provides training in pig farming, beekeeping and entrepreneurship, and helps project participants with start-up costs. Through the project, youth also gain practical conflict-resolution skills by learning to share responsibility and resolve project-based conflicts among themselves. 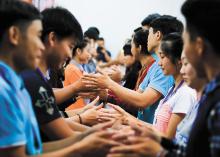 Peace campers practise their listening skills by responding to commands during an ice-breaking session. (YSPP photo by Alouny Souvolavong) 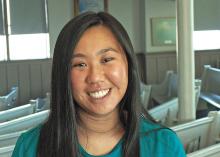 Lydia Cheung was a participant in MCC’s Summerbridge program last year. She helped with children’s programming, including a carnival and two weeks of day camp at her home church, South Vancouver Pacific Grace Mennonite Brethren Church, where she also helped with youth devotions and worship. (MCC photo by Rachel Bergen) 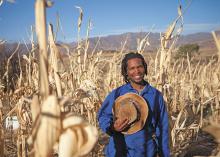 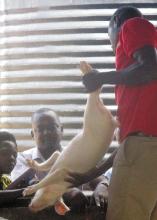