Disparaging ‘the Donald’ plays into his hand 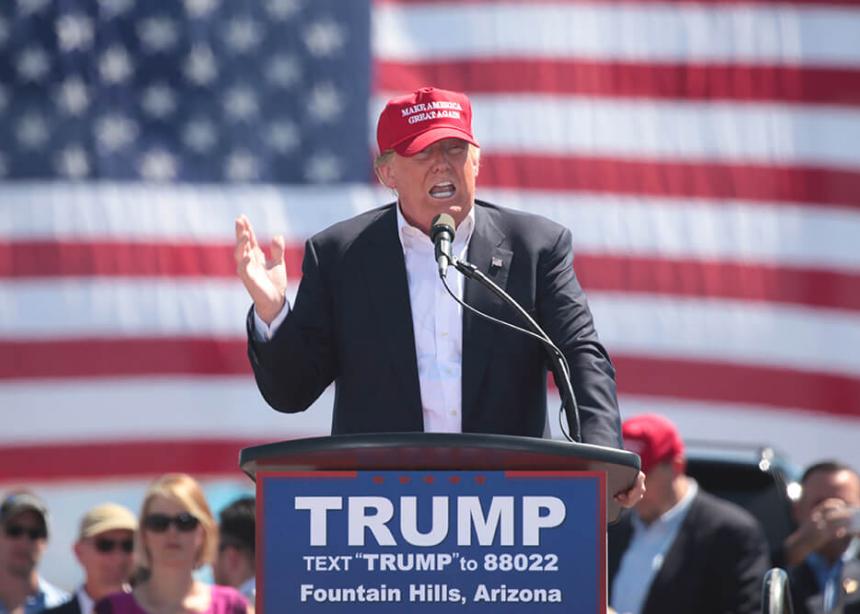 “America is again ablaze with partisan divisiveness.” That’s how I started an article during the presidential campaign of 2012. But the days of Barack Obama battling Mitt Romney seem pedestrian compared to the current convergence of reality TV and reality.

For my 2012 article I interviewed Gus Booth, pastor of Warroad Community Church in Minnesota, not so far across the border from where I live. He is a Republican who, in 2008, became the first minister in U.S. history to pick a fight with the Internal Revenue Service over the law that says tax-exempt entities cannot participate or intervene in a political campaign. I was interested in his thoughts on the current situation.

Booth was a strong backer of Ted Cruz, the fiercely conservative Texas senator who came closest to denying Donald Trump the Republican presidential nomination. As for Trump, the best thing Booth can say is that he is “better than Hillary,” the former first lady who is almost certain to be his Democratic opponent in the November election.

Booth laments the Trump phenomenon and what it reveals about America. “Our heart is in leisure and entertainment,” he says. Booth sees Trump as the product of a nation that is “the entertainment capital of the world.”

And he’s talking about the church as much as the rest of society. Booth says the message from too many pulpits is not to “deny yourself for the sake of Christ, but that Christ is going to bless you for the sake of you.” That sort of self-indulgence creates space for someone like Trump, who Booth calls the “personification of selfishness.” He describes Clinton that way as well. “Hillary’s been wanting to be president for decades,” Booth says.

Several states over in Virginia, Ted Grimsrud, a professor of peace theology at Eastern Mennonite University, inhabits the opposite end of the spectrum. He is a “big supporter” of Clinton's Democratic challenger, Bernie Sanders. In his work and church circles, Grimsrud sees a lot of anxiety about Trump. But there's something bigger than one person at play.

Grimsrud notes that the left-right divide is giving way to a new split between the haves and the have-nots. The Washington-Wall Street establishment, he says, is “seen as not very equitable, not very fair.” Visceral anti-establishment views are central to both Republican and Democrat contests.

I asked what he thinks the current race will do to the complexion of America. If Clinton becomes president, Grimsrud expects not much would change and four more years of the status quo would just make the next round that much more volatile.

And if Trump gets in? “I can’t even imagine,” he says.

“I remember a time when we had different standards of how we talked to each other,” the 78-year-old says of the current political discourse.

Juhnke points to editorials in Mennonite World Review—a 93-year-old newspaper based in Newton, Kan.—as some indication of where Mennonites may stand politically. It seems Trump has prompted the paper to depart somewhat from its more politically cautious past. In editorials last September and this March, the paper has accused Trump of being a “demagogue who appeals to base emotions and prejudices;” of being devoid of civility and grace; of being “boastful and vulgar, bullying and dishonest, insulting and bigoted, misogynistic, a purveyor of crass racial stereotypes, an inciter of violence.” And that’s just the first two paragraphs of one editorial.

But does it help to out-insult someone who is to trying to “insult [his] way to the presidency,” as Jeb Bush put it?

I took the opposite approach in an article for the Winnipeg Free Press and Huffington Post’s Canadian section. I said that by insulting Trump for being so insulting, we don’t counteract the Trump phenomenon, we play along with it, fuelling the polarization that fuels him.

I suggested we should genuinely try to understand why people are drawn to Trump. I see no other way to address polarization. Such articles draw very few comments.

Grimsrud and Juhnke admit they circulate largely in non-Republican realms. I, too, inhabit one end of the political spectrum. But I’m increasingly dissatisfied with my enclave of like-mindedness. I am more interested in what Pastor Booth feels liberals don’t understand about conservatives—that they don’t hate everyone they disagree with—and what political issues are most important to him—religious liberty—than listening to “progressives” disparage a phenomenon that clearly needs to be understood, not dismissed.