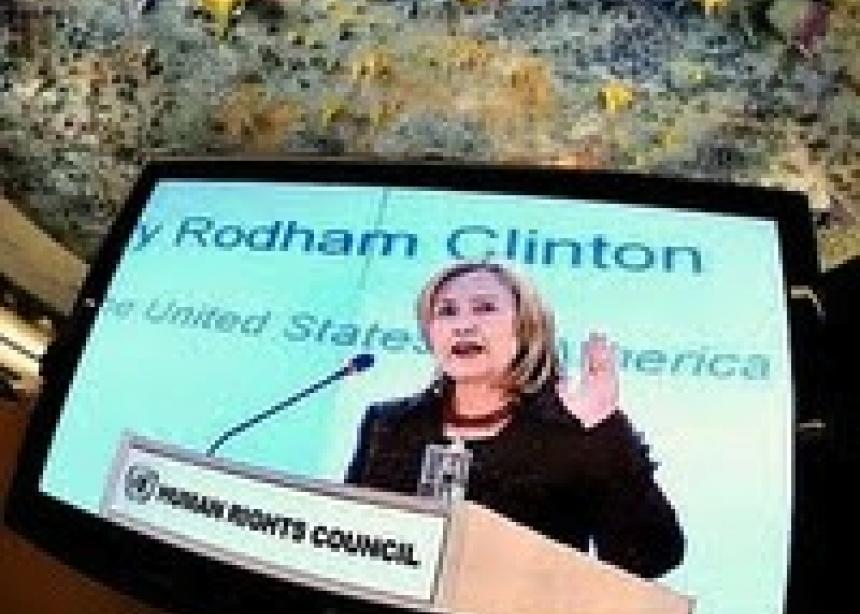 The world needs to act more proactively to promote and protect the human rights of lesbian, gay, bisexual, and transgender (LGBT) people, said United States Secretary of State Hillary Clinton in a keynote address delivered at the European headquarters of the United Nations.

"In many ways, they are an invisible minority. They are arrested, beaten, terrorized, and even executed," she said.

Clinton's speech, entitled "Free and Equal in Dignity and Rights," was part of a celebration of World Human Rights Day, which takes place on Dec. 10. The speech followed a memorandum issued by the Obama administration stating it would attempt to fight efforts by foreign governments to criminalize homosexuality.

Clinton said the obstacles standing in the way of protecting the LGBT rights rest on deeply-held personal, political, cultural, and religious beliefs. But in reality, she said, gay people "are born into and belong to" every society in the world, and are represented by all age groups, races, and faiths.

Clinton argued that perhaps the most challenging issue arises "when people cite religious or cultural values as a reason to violate or not to protect the human rights of LGBT people," noting that "it should never be a crime to be gay."

Clinton said defending the human rights of LGBT people will be a priority of the Obama administration's foreign policy, and noted U.S. diplomats are raising concerns about specific cases and laws with governments--including some that are considered key allies--that breach these rights.

Clinton also announced the Obama administration is launching a "Global Equality Fund" that will support the work of civil society organizations working on these issues around the world, and has committed $3 million to seed the fund. 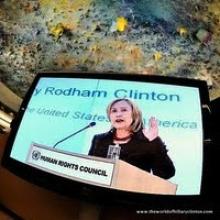